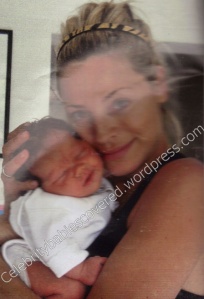 With Strictly Come Dancing back on UK screens this week, host Tess Daly did a small interview with Hello! magazine and spoke about her pregnancy with  Amber Isabella, now 3 1/2 months and how eldest daughter Phoebe Elizabeth, 4, is a tom boy.

On how she coped doing Strictly Come Dancing while in the early stages of pregnancy and being sick:

Tess: It was tough not being able to tell anyone [at first]. I felt nauseous constantly, but worse than that was getting flu and not being able to take anything for it. During the series, Anton taught me how to dance for Children in Need — and every time he twirled me I wanted to throw up, but I didn’t dare tell him.

On her labour with Amber:

T: [It lasted] five hours. I’d been told that I mustn’t be in labour longer than nine, or I’d have to have a Caesarean like last time, so I pushed like a mad woman. I didn’t want to have to stay in hospital for long and wanted to be fully active after the birth — I wanted to be back home for Phoebe, too.

On sending husband Vernon Kay down to the pub when she was in the early stages of labour:

T: He’d brought me all my favourite magazines, bless him, and he was there holding my hand. But he’s very squeamish and I think he felt a bit helpless. It was F.A. Cup final day, so I packed him off to the pub because I knew we had a few hours to go. He didn’t protest too loudly.

On Vernon being outnumbered now that there are three females in the house and only one male:

T: I don’t think he’d have it any other way. When I was pregnant first time round, I think he was sort of hoping for a boy. But because Phoebe is a bit of a tomboy — he throws her in the air, wrestles her, takes her go-carting and climbing trees –this time, he didn’t mind.

On how she lost the baby weight:

T: Breastfeeding, for me, is miraculous. I think it’s nature’s way of getting you back in to shape. I’ve done a little bit of swimming, that’s it. But trust me, I’m not sitting here all smug and toned at all. I’ve still got a bit of a baby belly, but I’m not going to beat myself up about it.

On what she and Vernon are like as parents:

T: Vernon is a lot stricter than me, which surprised me. I’m the one saying: ‘Okay, you can have one more biscuit,’ but he puts his foot down. We’re strict about manners and respecting other people. We want to teach our children the value of things and that you can’t have everything you want. I can’t imagine anything worse than having a precocious child. 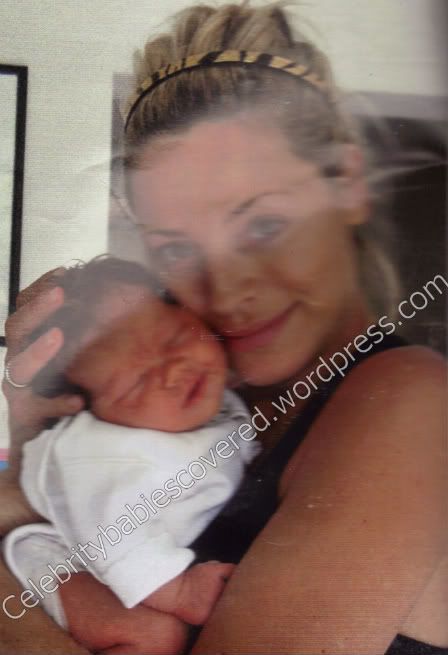 Above: A picture of Tess and at the time newborn Amber