Most parents-to-be are excited about the new lives they’re about to bring in to the world, but none more so than Eastenders actress Jo Joyner and her husband Neil Madden, who, after trying for children for over 3 years, took the brave decision to undertake IVF — and on their first attempt were blessed with twins! Jo and Neil recently spoke about their emotional rollercoaster ride, the pregnancy and how they can’t wait to meet their babies at Christmas.

On how Jo is feeling at the moment:

Jo: I’m great now. I was very sick for the first four months. It’s just a relief to have this middle period where you’re not throwing up and before my face and ankles puff up, so we’re just making the most of it, really.

Neil: I think for the last couple of months I’d say you’re almost enjoying it.

On the horrible morning sickness:

J: I’ve been wanting to be pregnant for so long you can’t really complain. Apparently it’s a good sign when you’re sick. You’re twice as likely to get sick with twins as it’s twice as many chemicals.

N: Jo would tell me: ‘I’m still sick today,’ and it was a shame but there was a part of me that thought, keep it coming, because it’s a good sign.

J: Except towards the end , but that’s actually a relief , because you’re alright after that. It’s just like a hangover — in fact after the Soap Awards I turned over to him in bed and said: ‘I wish I didn’t drink so much last night, I feel so rough.’

J: That’s how much it feels like a hangover. 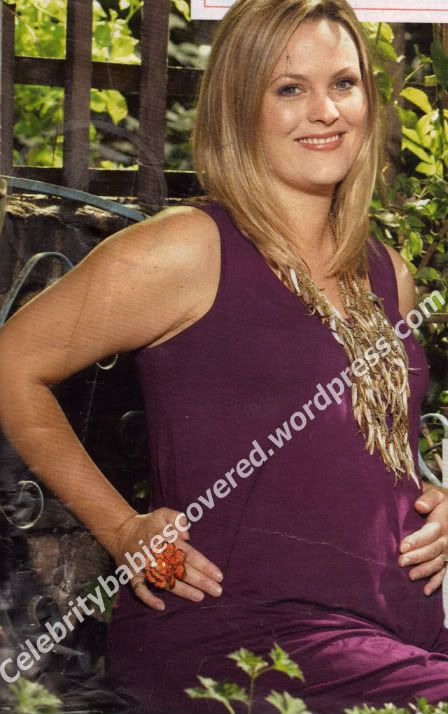 On how they found out they were expecting:

J: When you have IVF you’re given a date when you can test, so that you know by then that your chemicals have changed.

N: It was a big rollercoaster, but the most emotional bit was when they called us and said we could make babies.

J: When you create the embryos it’s the same as when you find out you’re pregnant.It’s weird because IVF makes you very cautious. And whereas you imagine you’d do the test and go “I’m pregnant! I’m pregnant!” IVF makes you take a deep breath and say: ‘Let’s get through the next couple of weeks, let’s hope it all sticks.’ It’s a very sedate moment.

On why they decided to try IVF:

J: We had been trying for a course of over 4 years. When I first arrived at Eastenders we stopped for a bit, but then we tried again. You go for fertility tests and things and we found out it was unlikely we’d have children naturally so we went for it. We’re very lucky. It’s a miracle really. That’s why we’re not secretive about it. 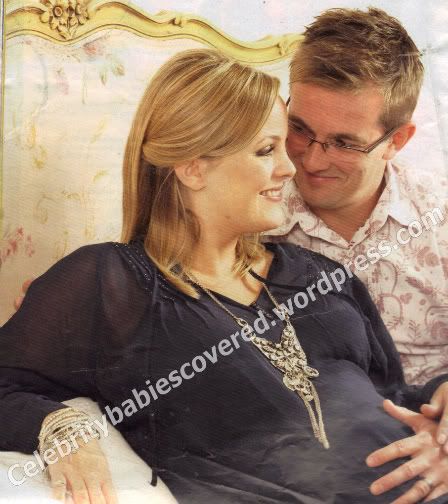 On why they decided to speak out about their fertility issues:

J: When we were first told, you’re kind of searching for things in the media with positive stories. I was thinking, please let there be something about someone our age in our situation who’s been successful, because you really want to hear about good stories. That’s why we’ve decided to be open about it, because there are couples out there in our situation, who might take some sort of strength from the fact that it can work.

J: It’s different for everybody because there are hundreds of different reasons people might not be conceiving. It’s emotionally more of a rollercoaster  than it is physically — you have to inject yourself, which is obviously nothing like making love, which is what everyone else gets to do to make babies. A lot of the tests are quite invasive, leading up to fertility treatment. We were at a fertility clinic in Chelsea and they were all great.

N: I think, as Jo says, it was an emotional rollercoaster. We kept getting to the next little stage, taking little steps. I think maybe because I’m a man and men can’t multi-task, I was just thinking of the next thing that needed to be done. Jo was very good, she kept a diary.

J: Emotionally it really helped me stay sane. I started it before we did IVF.

N: It really helped me to listen to Jo read it to me, because I’d go: ‘Yeah, we did get through that situation, and look where we are now.’ Even though it helped you, that journal really helped me.

On how the process has strengthened their relationship:

J: I think the majority of couples will say that any kind of drama like this would bring you closer together, because you know who you want to be with even mor than ever. You don’t just think, I want to have children — it’s, I want to be a parent with you. We had discussed adoption too and are still very open to it.

On why they did decide to go for IVF and not adoption.

J: Because we’re quite young, and there was still a chance we could conceive, we decided to give it three tries and if it didn’t work out we’d reassess and look in to adoption.

On when they found out they couldn’t conceive naturally:

J: The consultant told us last year, just after our first wedding anniversary. We were referred to a fertility clinic and they assessed us. In a way we’re lucky because we know why. A lot of couples get diagnosed with unknown fertility problems, and I think that must be a lot worse because you don’t know what you’re dealing with and it feels a lot harder to fix.

On if anyone recommended a clinic to them:

J: None of our friends had been through IVF. There’s a government body that monitors IVF clinics. They have a results table and the clinic we chose was three or four in our area at the time and we went along to an open evening. Our specialist was there that night and immediately I liked her, she reminded me of my mum! I thought, if anybody’s going to be in charge of this case I’d like it to be her. We felt comfortable there so we chose it.

N: What was great is that if Jo or I had any queries we’d email her and she’d get back within half an hour. That caring side was brilliant.

On how many embryos they created:

J: We made three and sadly one perished. When we went to the clinic to put one back in and freeze the other, the embryologist Emma — who sings to them all when they’re in their petri dishes — said one started hatching when we arrived but the other had slowed down. She said it might not make it to freezing.

N: We asked her the chance of survival and there was only a 30 percent chance that it would make it to freezing. So we decided we would implant both.

J: It’s high risk having twins, and the government would advise that with our age and if you’re small like me, you should just put the one back in. But we didn’t want to get a phone call in 24 hours saying that embryo had perished as well.

N: Until that point they’d be in a petri dish growing for five days. We were sitting at home thinking, life is being created now and it’s growing already. We felt really attatched to them.

J: You do get attatched — we felt like we had some babies growing in intensive care already. 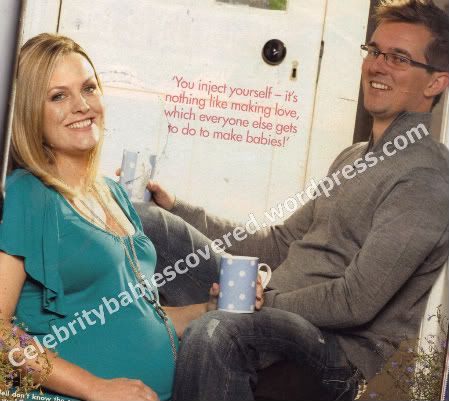 On if they know the gender of the babies:

N: You feel like you’re going to blurt out: ‘Yes! Tell us now!’ but we manage to say no, we want to keep the surprise. We have no preference, whatever we’re given we’ll be so happy.

J: We just want them to be happy and healthy.

On how excited they are:

J: It’s going to be the best Christmas ever. If you think, this time last year we were gearing up to start IVF. On New Year’s Eve we had this huge party with all our family and friends and we both stood at the top of the garden thinking about the year ahead. We said to each other we were going to be positive and give it the best shot. You have to keep calm because there’s not much you can control. This Christmas we’ll be by the fire with them, all being well. 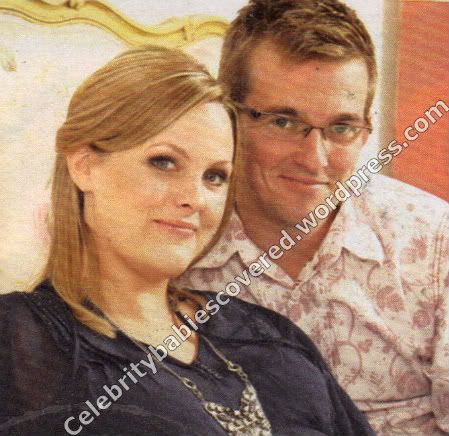