Katie “Jordan” Price features in OK! magazine with children Harvey Daniel, 7, Junior Savva, 4, and Princess Tiaamii Crystal Esther — who during the shoot loved strutting around in mum’s blue stilettos. Model Katie talked openly about  if she plans on having more children, why ex-husband Peter Andre‘s family will never see Harvey again, and how Junior is doing at school.

To read the interview snippits and to see additional pictures click

On if she feels the miscarriages she and Pete suffered as a couple were a factor in their break-up:

Katie: You’ll have to ask Pete — he seems to be the expert on everything. I don’t want to talk about the other miscarriages I had because quite frankly that’s no one else’s business. The only reason I talked about the last one is because I was making a point about what I’d been through. The baby died inside me — four days later I ran the marathon and a week later my husband left me. I was just stating a fact that it’s not nice for a man to leave a woman with three children. Having her baby die, running the marathon still bleeding, having a divorce — all in two weeks. It’s wrong. 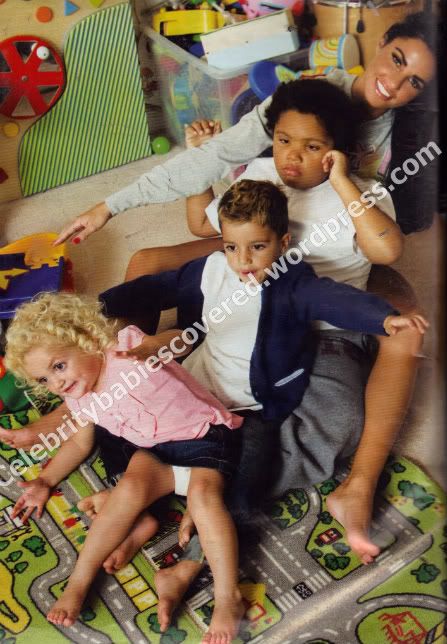 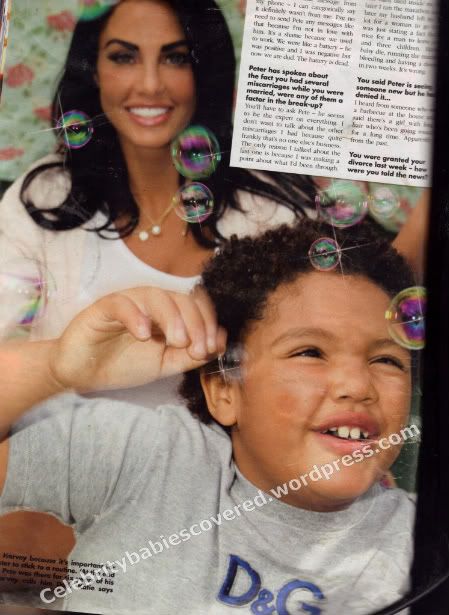 On if she wants more children: 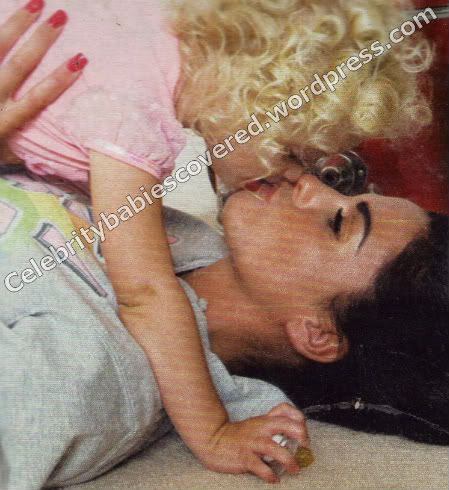 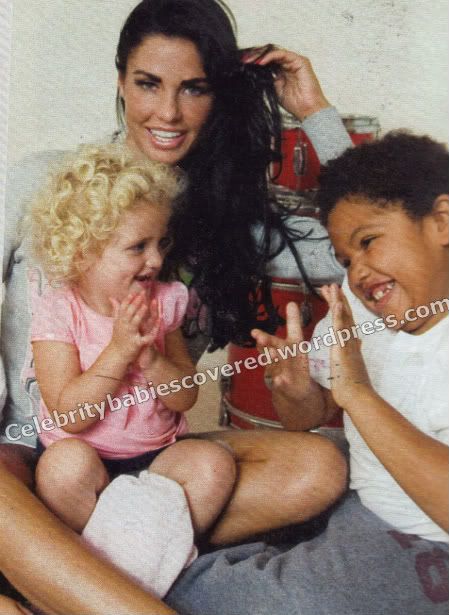 On why she said Pete’s family in Australia will never see Harvey again:

K: Well that’s because Pete will only be taking Junior and Princess to Australia if he goes. I would say his family are welcome round here but I haven’t had any messages from them since we split up, apart from his sister-in-law Pam, who I really get on with. I’ve had no support from any of his family which has really shocked me. I thought I got on well with them all but obviously not. It’s really hurtful. 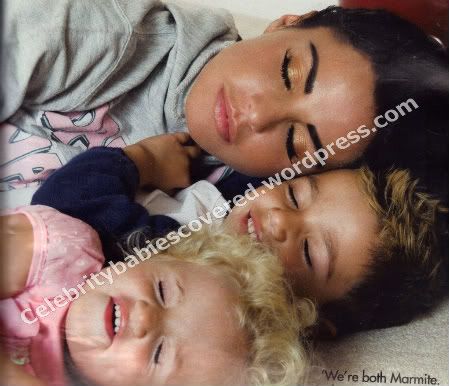 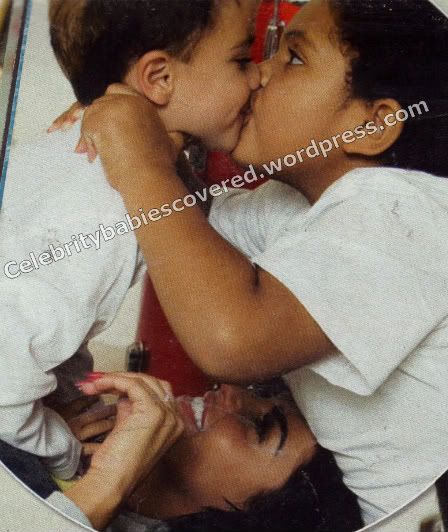 On if Pete will be seeing Harvey much himself:

K: Pete sees Harvey because, at the end of the day Pete was there for six years of his life and Harvey calls him Dad. It’s a shame the way it’s worked out that he won’t be seeing him as much as the other two. It’s very important for Harvey to stick to his routines and for Junior and Princess to continue to be with Harvey as they have since they were born. 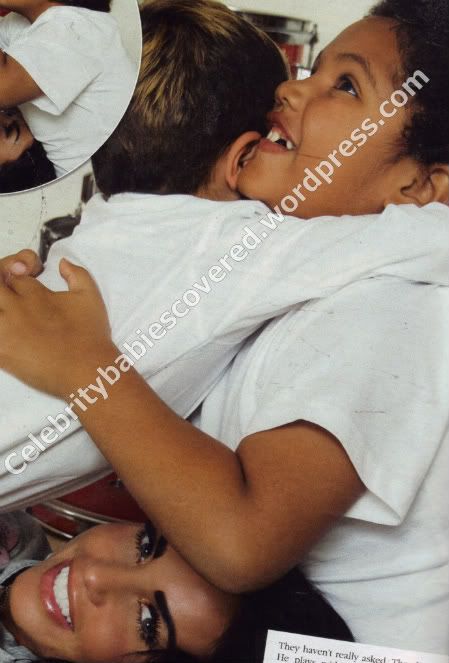 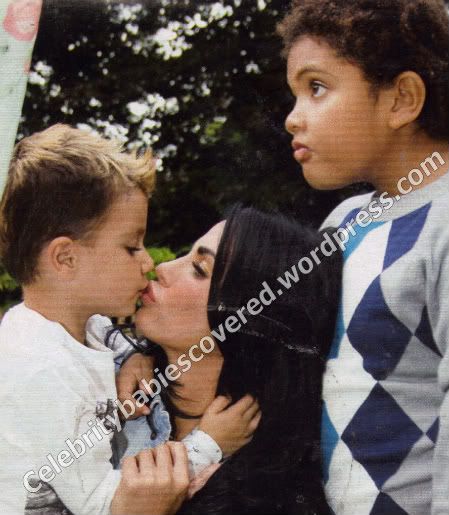 On the rumours that she’s been encouraging Harvey to call Alex ‘Dad’:

K: Oh my God, I would never ever encourage him to do that. Look, Alex is here now [Alex has been sorting out clothes throughout the interview].

Alex: I wouldn’t want that. Pete is his dad. 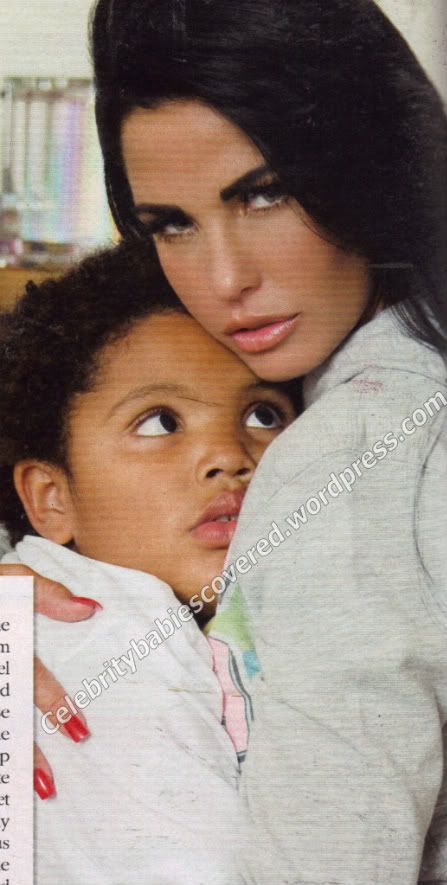 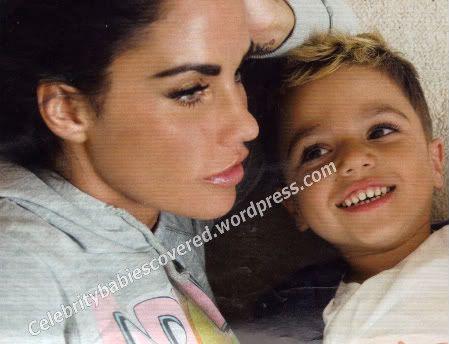 On how she’s explained her relationship with Alex to the children:

K: They haven’t really asked. They love Alex to bits. He plays with them, it’s brilliant. People have said it’s wrong that Alex has met the kids so soon, but Pete didn’t worry about  Dwight[ Yorke, Harvey’s biological dad’s] feelings when he moved in with me straight from the jungle and met Harvey. You cant have one rule for one and one for another. Pete moved in with me and another man’s child and wasn’t considerate about his feelings. How is this different? 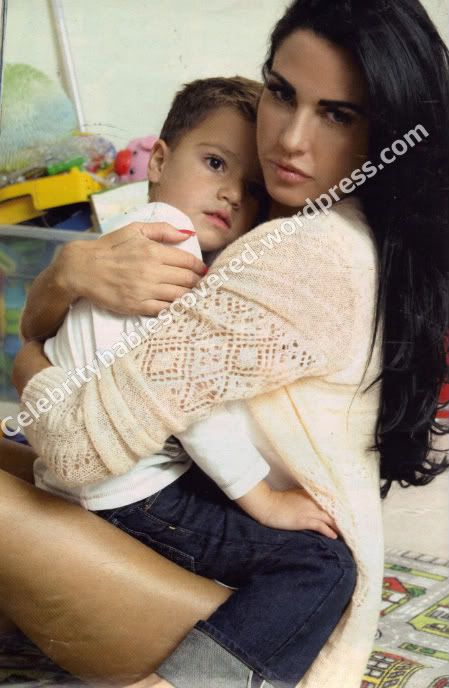 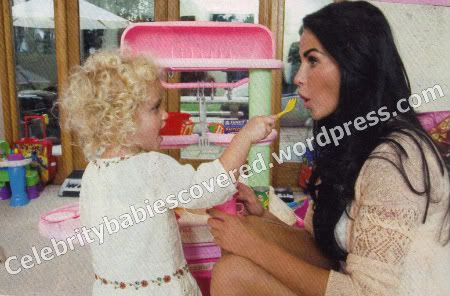 On if Harvey sees Dwight at all:

K: The last time he saw him was October last year. 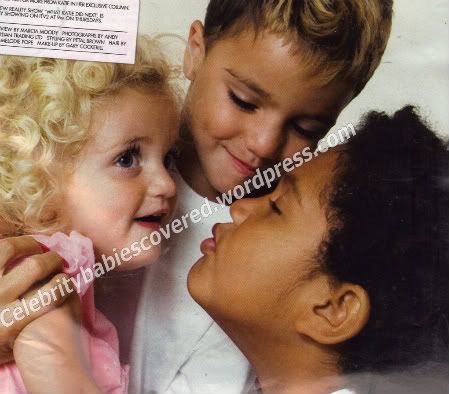 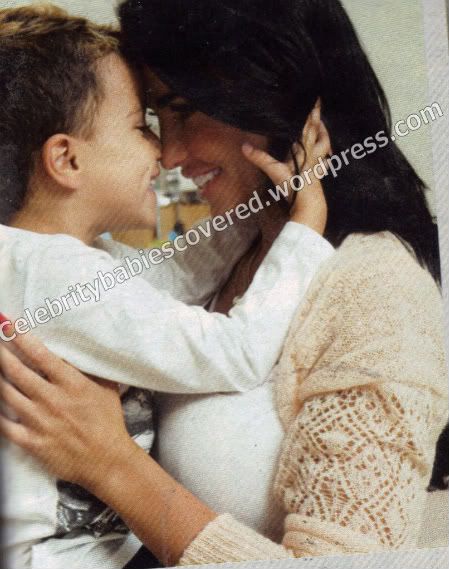 On how Junior is finding school:

K: He loves it but on his second day he was in a vile mood because he wanted to stay with me. I said: ‘Mummy will get in to trouble if you don’t go!’ I’ve managed to get him to school and avoid the paps so far and I hope Pete is able to do the same when he takes him. I want him to have a normal life at school. And if any of the parents of kids at the school are reading this, I’m sorry about the paps but it will die down. I can’t promise there won’t be any pictures when Pete takes him because he seems to be pictured all the time. 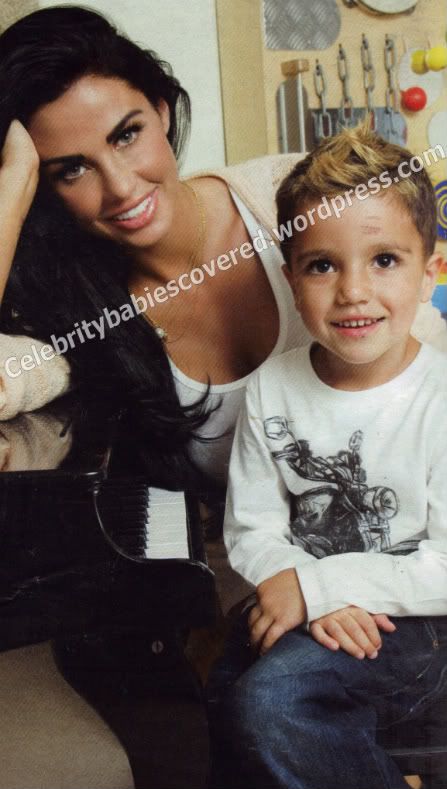 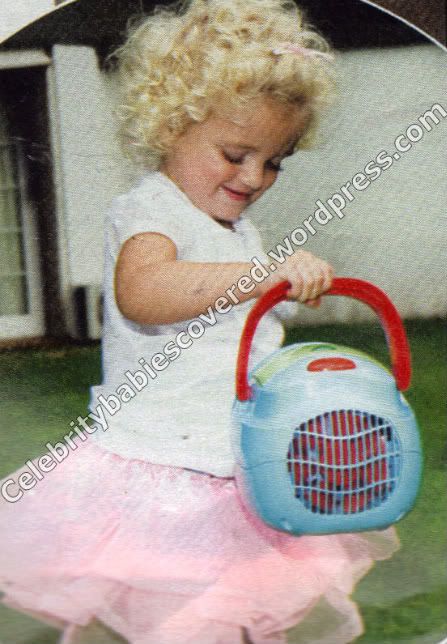 On what the children enjoy doing when they spend time with her:

K: Harvey likes to count chopped banana and put it round in a circle and he likes to build the railway track in the playroom. Junior has become a real Mummy’s boy, he’s really clingy with me and likes me to read to him. And he likes playing with Alex because he does things like boxing with him. He bought him a pair of boxing gloves. Princess loves me to play with her hair and put make-up and jewellery on her. Actually Junior keeps wanting to put make-up on him and paint his nails as well! His best friend George is the same. When he comes round they just want to dress up in heels and make-up. The kids are my cubs and I am the lioness. 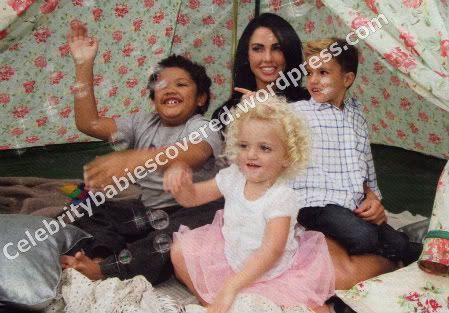