When your dad is a world-renowned, Michelin-starred chef, you can expect your birthday tea to be a bit special. Young Jean Frankie Patrick Kennedy Novelli, who turned 1 on August 29th 2009 and is the son of French chef Jean-Christophe Novelli and his fiancee Michelle Kennedy  – wasn’t about to be disappointed.

The picnic his proud parents laid on to celebrate his first birthday included a divine chocolate cake, encased in sponge fingers and adorned with a blue sugary teddy bear, whipped up that morning by Natacha Charlez, considered by many to be the best chocolatier in France.

Enjoying the sunshine as they relaxed on the lush green lawn at their beautiful 14th-century farm in Hertfordshire — which also houses Jean-Christophe’s respected cookery school, The Novelli Academy, Michelle chuckled as her son’s chubby little fingers reached for a specially cut toddler-sized sandwich.

“He has such an appetite — I swear he’s the best-fed baby ever. From strawberries to gherkins, he loves it all. He’s got the most incredible palate. He takes after his dad and is not a fussy eater at all.” 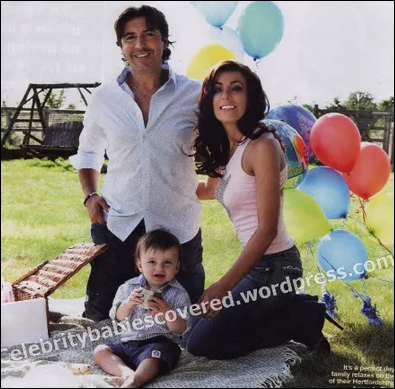 “I love cooking for the baby. I’m in the kitchen for hours every night soaking and cooking lentils, potatoes, celery, carrots, cabbage and broccoli, which I steam. Then I do the fruit — cranberries, strawberries, pears…”

“Even I eat Jean-Christophe’s baby food,” says Michelle. “It’s so fresh and nourishing — I swear it’s helped me lose my baby fat.” There’s no doubt Jean-Christophe, who also has daughter Christina, 23, from his first marriage, is relishing fatherhood the second time around.

“It feels like I’ve been given a whole new supply of oxygen which will last me for the next 25 years. I’m close to 50. I can see 60  coming — but now I feel very young again. My daughter Christina adores having a baby brother and she gets on well with Michelle — they’re like best mates. I’m very proud of Christina. She’s grown into a beautiful young woman.”

“He’s a super dad. He’s very hands-on and we share all the responsibilities — he’s especially good when it comes to changing the nappies! I found it very tough in the beginning, especially coping with the sleepless nights. But Jean’s a wonderfully contented baby now, he sleeps all the way through. He took his first steps last week and yesterday he said “Mum!” 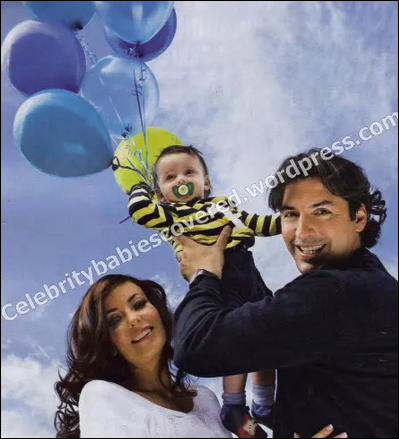 Michelle recently returned to her job as Jean-Christophe’s marketing expert and right-hand woman and admits combining a career with family life is a constant juggling act.

“In the beginning, I’d be in the office with the baby on my hip and it wasn’t appropriate, so now I have good support around me. But when we go away on business, Jean comes with us.” 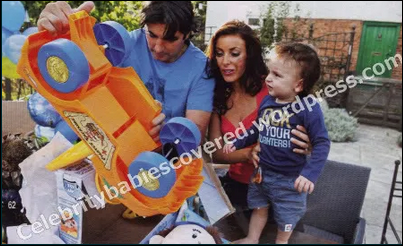 In just this year alone, little Jean has been to Los Angeles, Austria, Dubai, Spain and Germany. And although it can be a constant juggle, Jean-Christophe reveals that the pair definitely haven’t ruled out having more children in the future.

“I’m a great believer in love and marriage. And yes, we want more babies!” 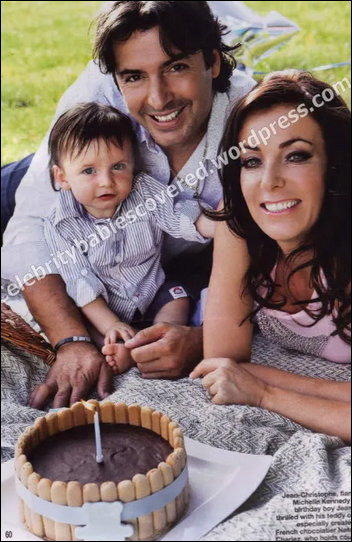