Spice Girl Melanie “Mel B” Brown and husband Stephen Belafonte appear in this week’s edition of Hello! magazine with daughters Phoenix Chi, 10, and Angel Iris, 2. Together they talk about what their first Christmas was like in their new home,  life as a family of five (which includes Stephen’s daughter Giselle, 5) and wanting more babies!

On their first Christmas in their new home:

Melanie: It was just us. We pretty much kept ourselves to ourselves. We’re a very tight, private family. This is the family — the kids.

M: Before Stephen was part of our family, I was super strict because it was just me being mum and dad all in one. Now, I think I’ve gone a little bit softer because I can. We share the responsibility of raising our kids. So it’s nice to be able to go, ‘Oh, Stephen, will you tell her about her homework today!’

As parents, we’re very routine-based. Bedtime’s at a certain time every night. They have to tidy their rooms. That’s what I grew up with. And I think that gives them responsibility and respect for their things. Like Phoenix knows on a Sunday before our movie night she has to get the Hoover out and clean her room, and polish everywhere. Even though we have a cleaner, that’s her room, so she has to take pride in it. And to have a room like that at ten? My gosh!

Even Angel tidies up all her toys. She knows that everything has a place. That then gives a kid the ability to grow and develop into an even more beautiful person. 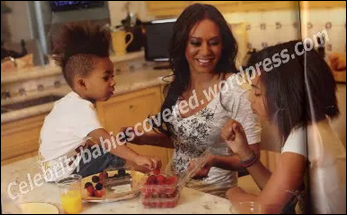 On being actively involved in her daughter’s school life:

M: I like to be involved because I want to know what’s going on. I helped do a little Christmas party for Phoenix and her class. The last thing I want is for me and Phoenix to be disconnected or at 13 years old to find she really is not listening to me because I haven’t made the effort or put the time in. I want my kids to do well. Phoenix goes to a regular public [state] school and it’s great. 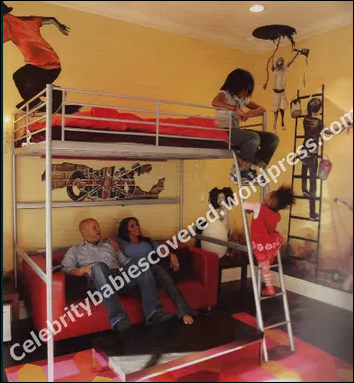 Above: Phoenix and Angel play in Phoenix’s bedroom.

On helping Phoenix with her homework:

M: Phoenix does have a tutor once a week but I don’t do her homework for her. I’m a big believer in: if you’re stuck, I’ll help you but you try and figure it out first. 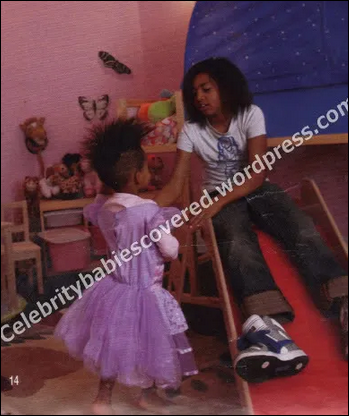 On if Angel’s biological father actor Eddie Murphy plays an active role in her life:

M: I have full custody of Angel, and that’s about it. He doesn’t see her, doesn’t want to see her. That’s just the way it is. But Angel — she calls Stephen daddy. Her sister’s her sister, not her half-sister. She’s very content. She doesn’t know any different. 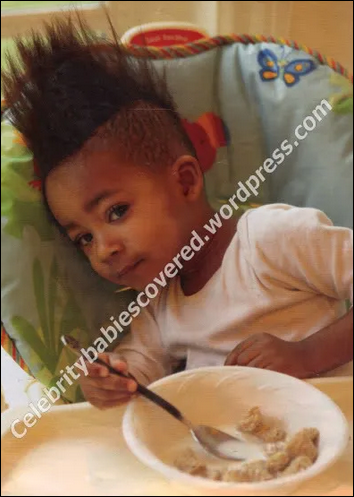 On if Eddie’s previous behaviour and treatment of Angel annoys her:

M: I wouldn’t say nothing bugs me. I just think out of principle for Angel, you know? She didn’t have a say in anything. I had to do my best to make sure that all the grounds were covered. And now everybody knows exactly where they’re at, rather than it just being left a mystery. 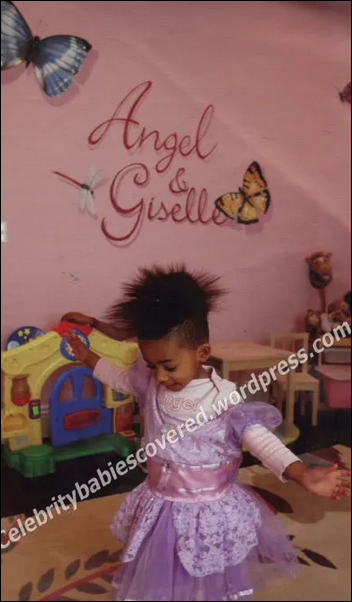 On if he pays child support for Angel:

M: All that is just legal stuff that I don’t even really care to talk about. Those are personal and legal matters. Everything is what it is and Angel’s a very happy kid. 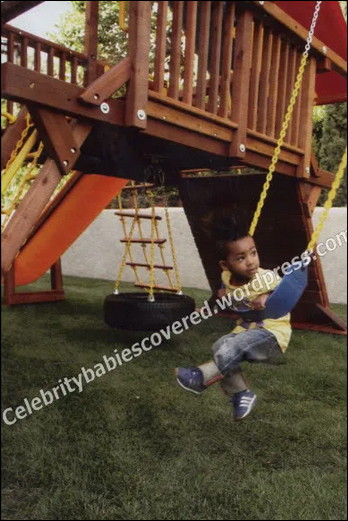 On how often Stephen’s daughter Giselle comes to stay:

M: She usually comes every weekend, which is nice because Angel shares a bedroom with her. All three girls together — it just works. I see Phoenix sitting and laughing her head off at the little conversations she hears them having, or when they start dancing and singing songs. She finds it very amusing.

She’s also got her own little room where it’s cool and she hangs out. She has playdates over and she’s growing up. Thank God they all get on very well. 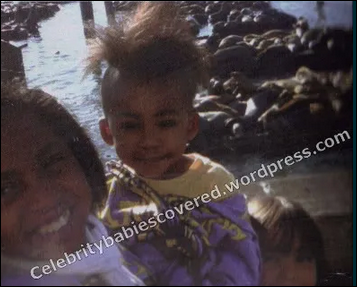 On Stephen being a good dad: 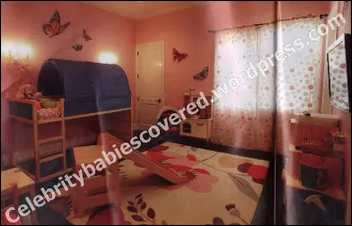 Above: Angel and Giselle’s bedroom.

On what type of things they do with the girls:

M: We love our movie nights. Phoenix has to make sure we have popcorn and we all sit down together. The movie theatre also has a game room with a pool table and arcade games. It’s really entertaining.

We took Phoenix, Angel and Giselle to San Francisco for a weekend. We saw the seals on the wharf and we just had a lot of fun together. 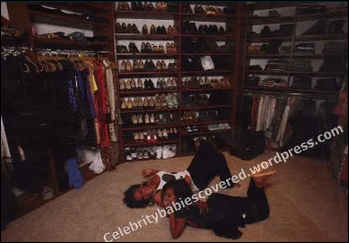 On if she and Stephen would like a child together:

M: Yes. One reason we wanted to move house was because we want to extend the family. Plus we wanted Phoenix to have more of a stable home life. Her school’s close by. She’s got friends in the neighbourhood who go there. It was really important to be not so isolated, but be more suburban and safe.

We definitely want more kids at some point in 2010 or the beginning of 2011, because this year’s going to be pretty busy. Stephen has twins in his family and I would love to have twins. I think there’s something nice about having two babies, and they’re there for each other their whole entire life. That would be ideal for me. But just one healthy baby would be more than fine. That’s all you can wish for. 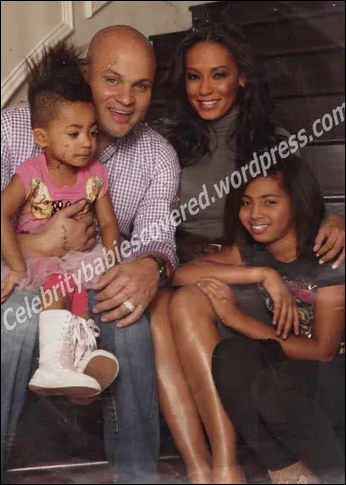