Singer Ricky Martin has revealed that the reason he decided to tell the world about his sexuality in March 2010 was all down to his two twin sons Matteo and Valentino, 2. During an exclusive TV interview on Tuesday, November 2nd he told host Oprah Winfrey:

‘When I was holding them in my arms I was like ‘What? Am I going to teach them how to lie?’ That was my blessing right there.  Then, when I was holding my children, I said “Okay, it’s time to tell the world”.’

‘My kids gave me all the strength to come out. I had to because first off
I couldn’t take it anymore, but they gave me that final push. I don’t want my family to be based on lies. I want to be transparent to them, I want them to be proud of their dad, of their family.” 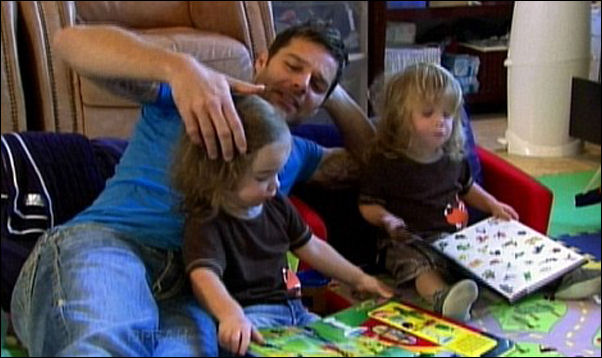 To read more from Ricky’s interview on Oprah please click

The 38-year-old also explained that his decision to pick a surrogate wasn’t one he made on a whim. He took things slowly and got to know the woman and understanding her reasons for doing it.

‘We wanted to do it all privately and also some mothers carrying babies prefer it that way, and she wanted to keep it simple
She’s a married woman who wanted to carry the babies and go on with life.

I first interviewed her on phone and asked her why she does this.
‘She said ‘Because I’m very spiritual and I’ve never felt closer to God than when I give the gift of life to someone who can not do it alone. I said ‘You’re the one!”

When asked how he would go about explaining to his boys about their birth, he said he plans to be open and honest about it all.

“‘They’ll ask. I’m gonna tell them ‘I wanted you in my life so bad that with the help of God everything lined up for you to be in my life.

“My family is based on love. ‘I love you and you love me that’s the most important thing. ‘Every family is different. I am a mom and I am a dad and I’m going to do my best. You should be proud, walk through life saying I have the coolest family. I am part of a modern family.’