Actress Katherine Heigl appears on the W Magaine’s December family issue with her 1-year-old daughter Naleigh. Inside she talks about adopting her Korean born little girl and how before she got engaged to husband Josh Kelley — she told him of her “clear” future adoption plans. She said:

‘I just wanted to make sure that I was marrying a guy who understands that this was going to have to happen.’

In fact the 34-year-old can’t praise her musician husband enough.

‘I really could not have imagined a better father for [Naleigh].

‘She’s the luckiest little kid. We call him “Disneyland Dad” because as soon as he comes in it’s just fun and happiness — and she rides around the room on his shoulders.

‘He’s [also] fantastic with diapers, food, naptime, playtime – he’s got it all.’ 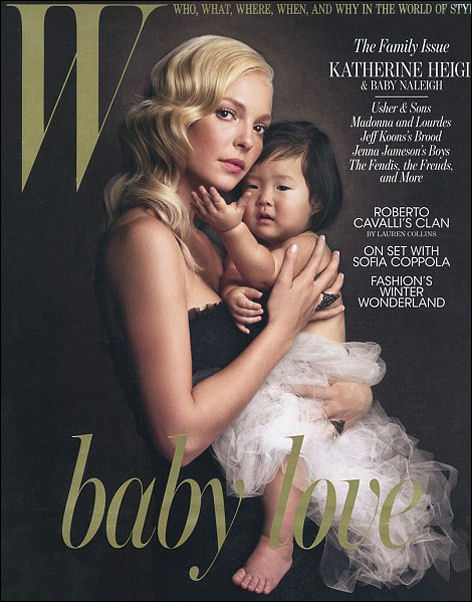