Big Brother 3 contestant Spencer Smith married his fiancee Jo recently and OK! magazine was there to cover the day’s events — including this adorable photo of the newlyweds with their gorgeous daughter Isla. The pair also revealed that they’re hoping to add to their family soon but might have to combat a bit of jealousy first. Explains Spencer:

“I think Jo is plotting as we speak! Although I don’t think Isla will be happy with it because she gets really p***ed off if I talk to other children — even my little niece Poppy. If I hold Poppy’s hand, Isla is straight over pushing her out of the way, holding my hand. It’s quite funny.” 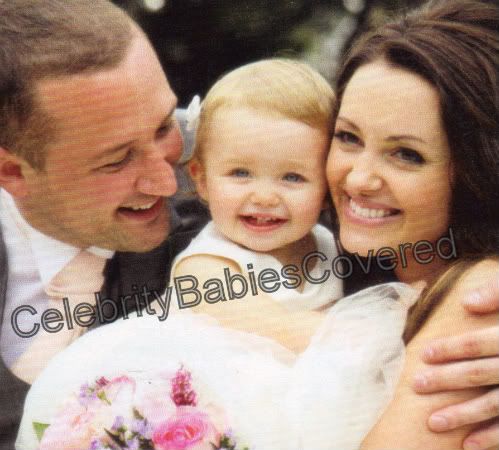