Pop star Nathan Moore from 80’s group Brother Beyond and wife Donna introduced their gorgeous son Nico Marcellus, now 3 months, in a recent issue of OK! magazine. Together with Donna’s 15-year-old son Ryan from a previous relationship they talk about their baby boy’s birth, what they hope for him in the future, picking his name and more.

To read the interview and to see additonal photos

Nathan: Donna’s water’s broke at about 2:30am. I rushed downstairs and set everything up as we were having a homebirth. The midwife came, then we had a disaster as the mouthpiece for the gas and air was missing so we sent a friend to the hospital. We then delivered the baby together with the midwife. We held him and I cut the cord. It was a fantastic experience.

Donna: It was a good birth and really nice being at home, and it was only a couple of hours so quite easy. Ryan was three days of labour, so this was great.

On why they picked a homebirth:

N: We moved in to a new house four weeks before the baby arrived and everything said to us: ‘Let’s have the baby at the house.’ It’s really intimate. I like it when people come round and say: ‘So where did you have the baby?’ and I say and point: ‘Well, right there!’ 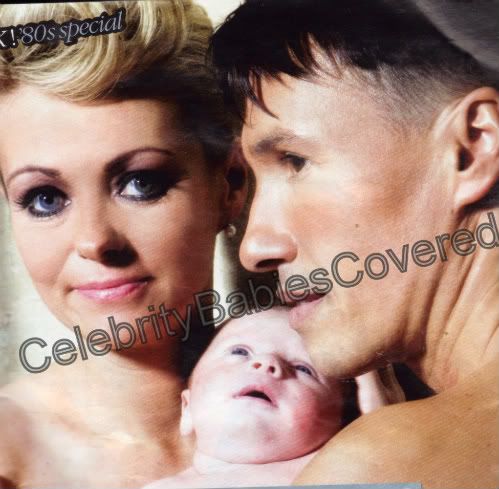 On if they knew the sex of the baby beforehand:

D: Yes, I wanted to get the nursery done and in the right colours.

N: Because she’s had Ryan, part of her would’ve liked a girl. When we found out it was a boy, she put all her dresses back on eBay.

D: I would’ve loved to dress a little girl, but I think boys are easier.

D: We went through hundreds of names and Nico came up — we wanted something a bit different. 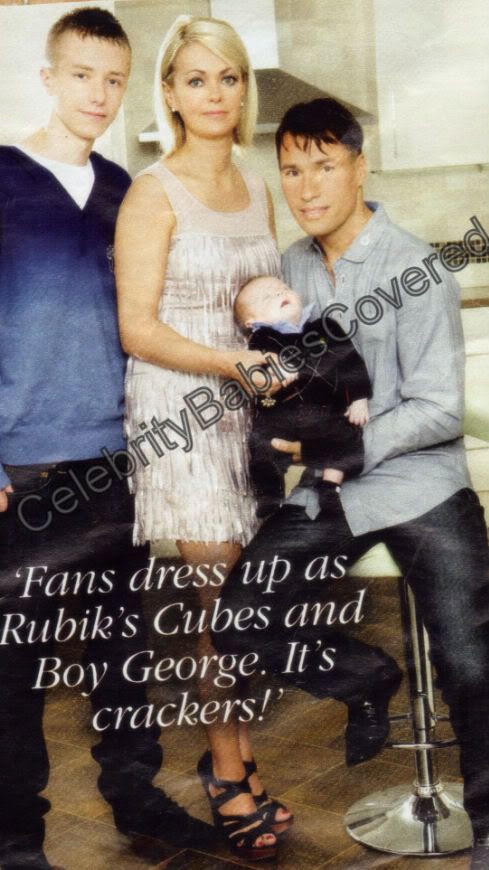 On how well Nico is doing:

N: Absolutely brilliant, very entertaining already — and he doesn’t cry. At the moment he is being fed every three hours, but it’s quite bonding as a father. Some fathers opt out of the feeding, but I want to be very hands-on — all the nappy changing too! It’s very rewarding.

D: He’s such a good baby, I thought Ryan was good, and you usually get one good one and one not so good, so i’m very lucky.

N: I love sport, but if he wants to be a singer that’s fine. Anything where he can express himself and feels rewarded for it. I’ll be buying him a football, though! 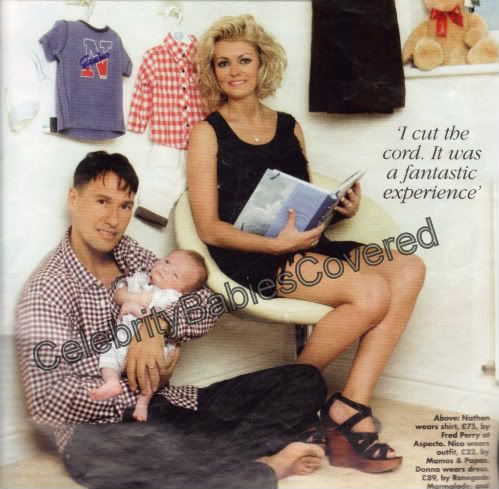 On how Ryan is adjusting to being a big brother:

D: He’s really proud. He’s always asking if he can look after him and brings his friends round to show him off. I think he can’t wait to teach him all the naughty things! I came home the other night and he’d put gloves on his hands and was taking pictures of him! 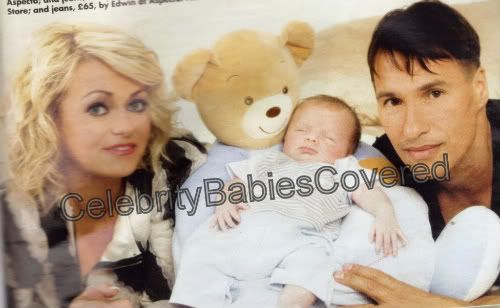