To read all about little Benjamin’s birth, picking his name, much more and to see additional photos click

On finding out they were expecting another baby:

Kelly: As soon as I found out I woke Johnny up and we both cried. Ella was the first to know. We tried for three years and feel blessed that it finally happened. It’s one of the most fulfilling things a person can experience in life and I have had the joy of experiencing it with three amazing children. Being a mother makes me the happiest. 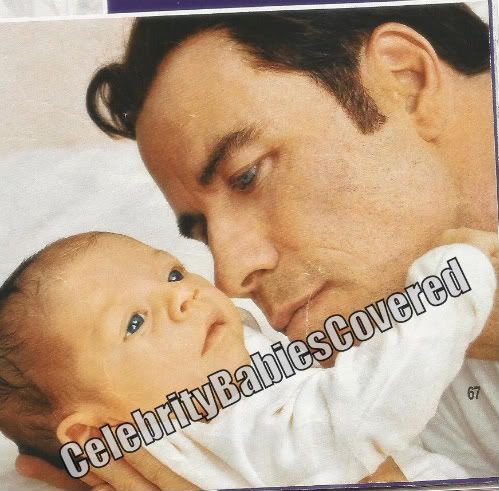 On how Kelly found the pregnancy:

K: All my pregnancies were easy. But this, perhaps, was the easiest. I had no morning sickness. We felt fortunate to have our church because they offer a course that has many helpful techniques to make pregnancy easier. 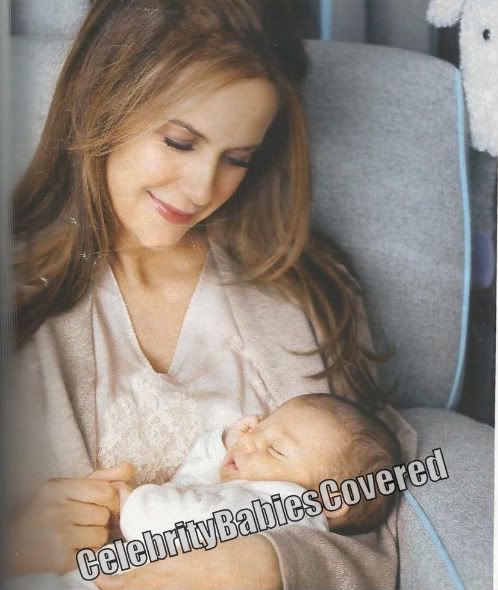 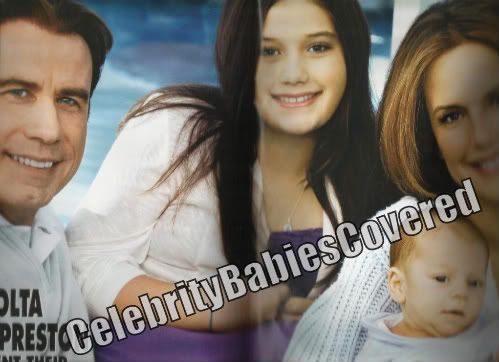 On if John pampered his wife during her pregnancy:

John: Yes, she was pampered during her pregnancy, as every woman should be. We protected her environment so it was calm and peaceful. I also encouraged and treated her to spa weekends with her girlfriends. It was a pretty calm nine months. 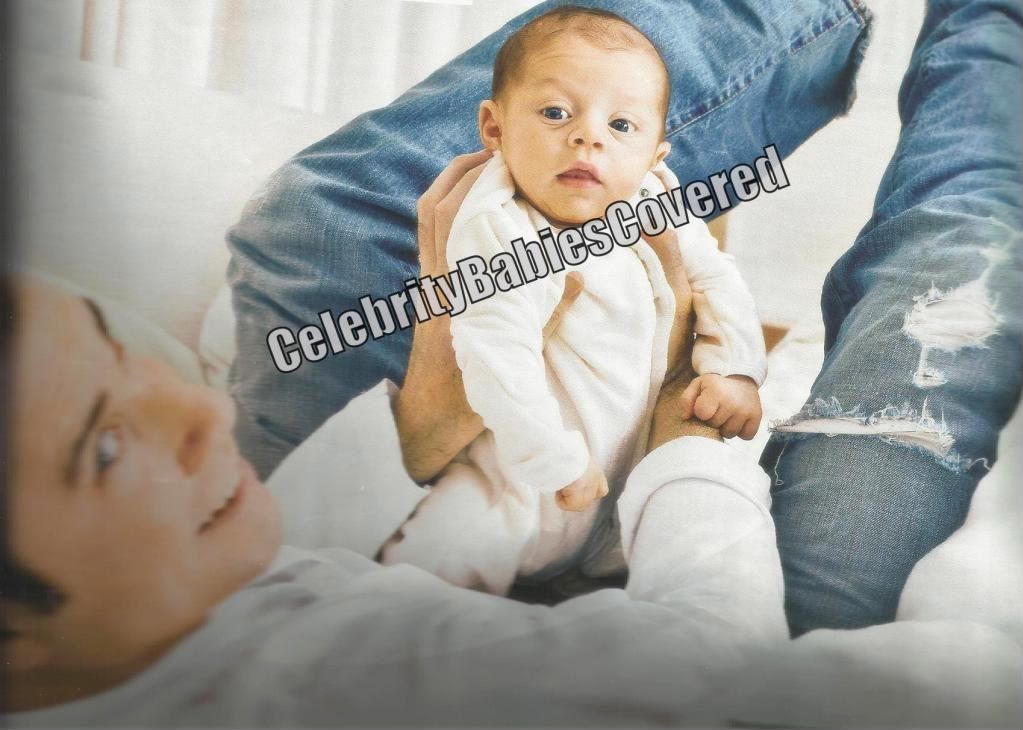 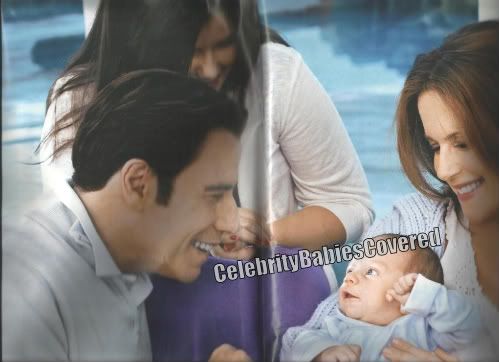 K: He arrived three days before his due date, just before midnight at Munroe Reginal Medical Center in Ocala. For the first time, I had a C-section, We had a beautiful quiet birth based on [Scientology Founder] L Ron Hubbard’s philosophy. Our doctor, Dr Raymond Marquette, and our wonderful nurses created the most perfect atmosphere.

J: I was present for all three births, but this was different because it was a C-section — a little rough to watch! But Kelly is a trooper — she got through it beautifully and so did the baby. I was holding her hand and when he was brought out I was allowed to bring him to her and place him on her chest. On holding their newborn son for the first time:

K: Holding him for the first time was magical because he looked right at me.

J: And for me. I hadn’t realised how much I missed holding a baby of my own because it had been 10 years since Ella was a newborn. 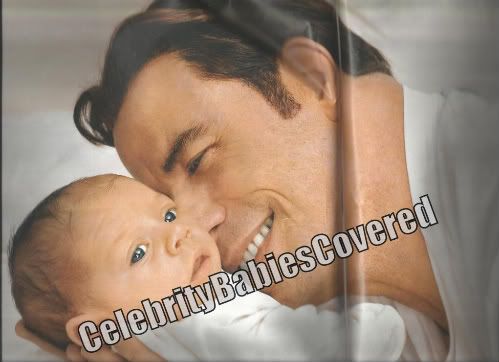 On Ella Bleu meeting her baby brother for the first time:

J: She was standing right outside the door and was the first to see him. You would have thought Ella was having Benjamin herself because of her enthusiasm over his arrival — she was elated to say the least. When she first saw him, she fell in love. She can’t stop kissing him and frankly can’t get over that she’s got a new baby brother and keeps saying: ‘Oh, he’s so cute.’ She holds him and she is Mommy’s helper and is very good at it. She’s a wonderful big sister.

J: The tradition in our family is for the mother to name the girls and the father names the boys based on Kelly’s grandmother’s recommendation. So in this case, I got to name Benjamin based on it being one of my two favourite names, Jett being the other. In either case, we both loved all of our names chosen — his middle names are Hunter and Kaleo, which is Hawaiian. 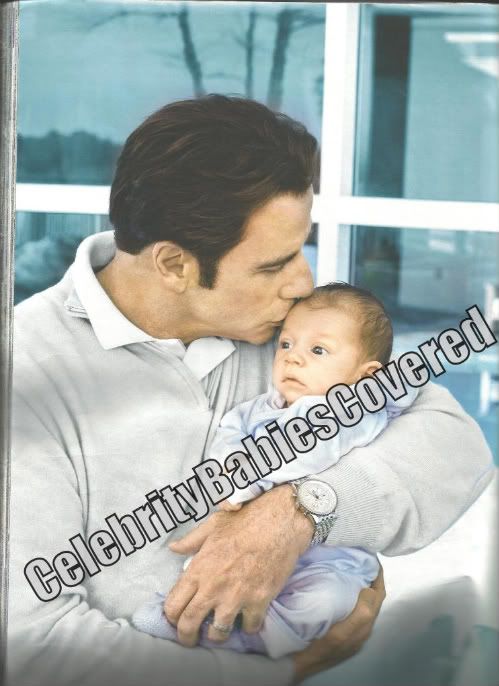 J: Like Jett, he definately looks like his daddy, but every day he changes and often we can see his mother in him. 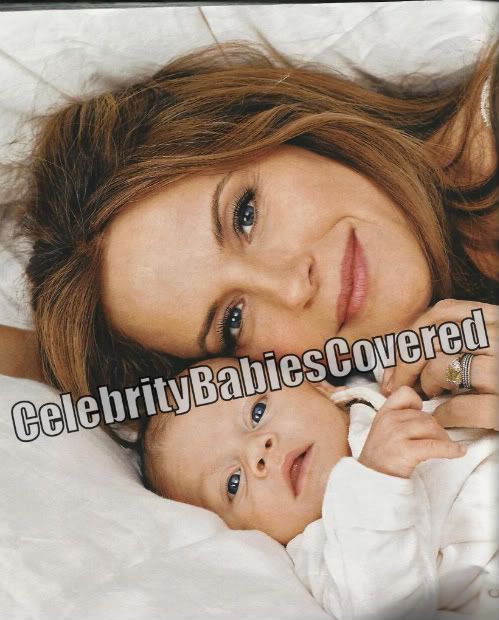 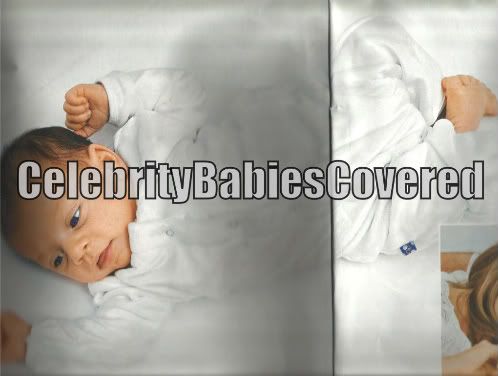 On if John is a hands on dad:

K: [Yes] he is very hands-on. He changes diapers [nappies] and gives him a bottle of breast milk when I need a break. K: Kirstie Alley helped decorate his nursery — she is a wonderful interior designer. We chose a gorgeous pale blue and soft taupes. On how having Benjamin has changed their lives:

J: For us it’s been uplifting. Especially when he smiles at me and seems contented in my arms. He’s given the house a renewed spirit and purpose.

He’s brought us a new beginning and his presence has brought joy to all the people who have wanted the best for us. We spend a lot of time watching him and every day he gets more adorable and more aware. He smiled the day after he was born and he has been smiling ever since.

If you would like to make a donation to the Jett Travolta Foundation please visit www.jett-travolta-foundation.org