Elle magazine Australia has come under fire from critics for playing down the June issue which features model Nicole Trunfio breastfeeding her son Zion Rain, 4 months. However, it’s not the fact that she’s breastfeeding that’s caused the uproar — it’s that the cover in question is only available for subscribers of the magazine. In all store copies the supermodel is on the front cover in a different shot holding her little boy.

Critics say having two separate issues and not making the one showing her breastfeeding exclusively available for everyone to buy is sending out a completely negative attitude towards something that’s so natural. Many readers have also commented via Elle‘s Facebook page expressing their disgust about the issue not being readily available.

However, Editor-In-Chief of Elle, Justine Cullen says that that particular shot wasn’t actually planned and was just a bonus picture for loyal subscribers.

‘This wasn’t a contrived situation: Zion needed a feed, Nicole gave it to him, and when we saw how beautiful they looked we simply moved her onto the set. It was a completely natural moment that resulted in a powerful picture.”

To see the cover that’s hit newsstands, other photos from the shoot and to read about what Nicole thinks of the front cover please

Speaking out about the cover beforehand and pre-empting what may erupt when the issue hit newsstands, 29-year-old Nicole said she didn’t intend to cause any controversy and just wanted to “normalise breastfeeding.”

“There is nothing more powerful and beautiful than motherhood. The last thing I want to do is be controversial, so please take this for what it is, let us #normalizebreastfeeding there is nothing worse than a mother that is judged for feeding her hungry child in public. #weareonlyhuman I’m so proud of this cover and for what it’s stands for. I obviously don’t look like this while I am breastfeeding but this stands for all women out there, whether you breastfeed or not, we gave birth, we are women, we are mothers. Above is the front cover that is on all news stands 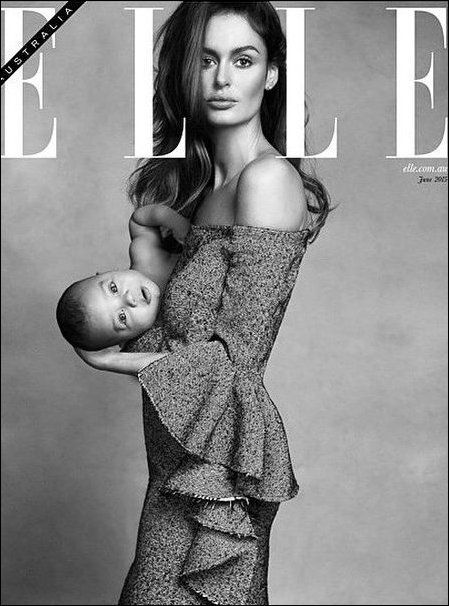 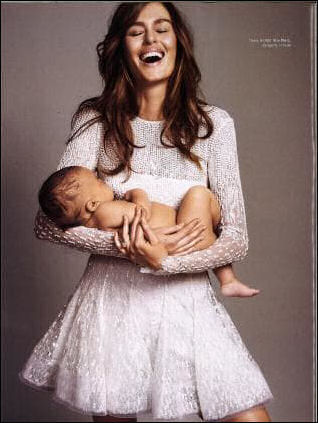