Former The Only Way is Essex cast member Mario Falcone and fiancé Becky Miesner feature in the recent issue of New! Magazine with their adorable baby boy Parker Jax, 11 months. Together they talk about parenthood, weather more children are in the pipeline and why Mario has informed pals not to contact him between the months of June, July and August 2020.

On what they’ve learned from parenthood so far:

Mario: That nothing else matters. I’d rather spend the day with Parker than drive a nice car. I get the most happiness seeing Parker happy. When you become a parent you learn how much your parents went through and how much they gave of themselves to you. You end up respecting your parents a lot more.

Its the best thing in the world. It’s the hardest thing. but nothing compares to it.

On if they’ve managed to squeeze in any date nights since welcoming Parker 11 months ago:

M: We had a lunchtime date when he was napping, and the only thing we spoke about was Parker. We went to Marbella last month with both our mums and on the last night we went out and our mums stayed in with Parker. We had dinner and quite a few drinks.

Becky: I think we need to do more. I need to take that step to have a night away because I haven’t done that yet. 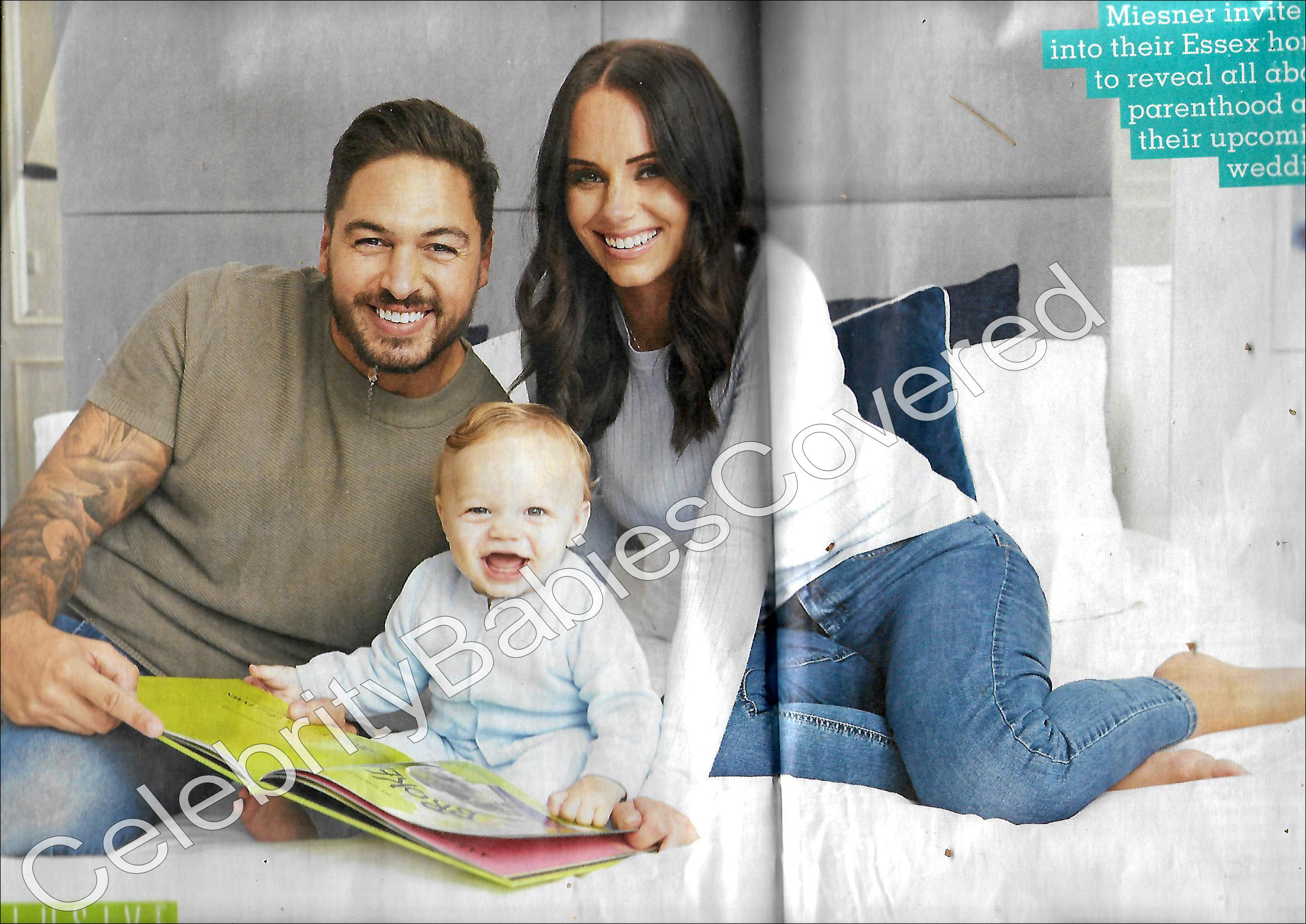 On if they are still getting sleepless nights:

M: No, he’s good now. He sleeps all the way through. Six months was our turning point. He’s good with his routine.

B: He’s terrible if he breaks his routine.

B: He did for the first six months.

B: It was the only way he would sleep. Now he goes in his own cot.

M: When you’re a parent you do what you have to do. As long as Parker’s happy… 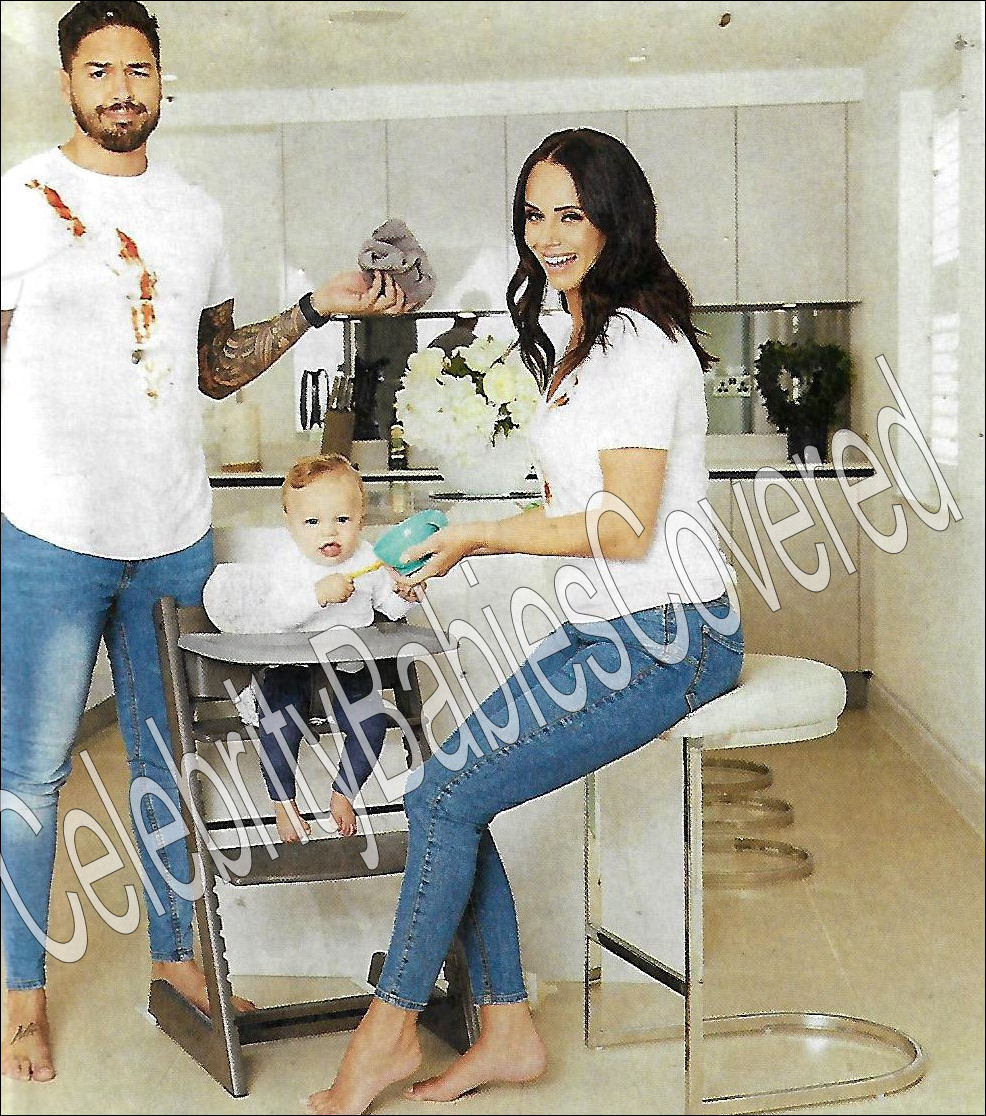 On how having a baby has changed their sex life:

B: At the start it did, definitely! And while you’re pregnant…

M: When you were pregnant I couldn’t do it. Even though it’s nowhere near the baby, it’s the thought.

B: And I got so big towards the end.

On having more children:

M: I always say four, but if we had a girl next I’d be pretty happy to stop there. My mum’s a twin and it skipped our generation, so it could happen for us. If it did that would be quite cool.

B: Since Parker, we’ve always said we’d like two and we want them fairly close together.

M: I said to Becky if we have a boy next and she wanted to go for a third to try for a girl, I couldn’t say no. Because if it was the other way around and we had two girls, I’d want to try for a boy. I said. “If we have a girl next are we done? She said, “Well, you can never really say you’re done.” 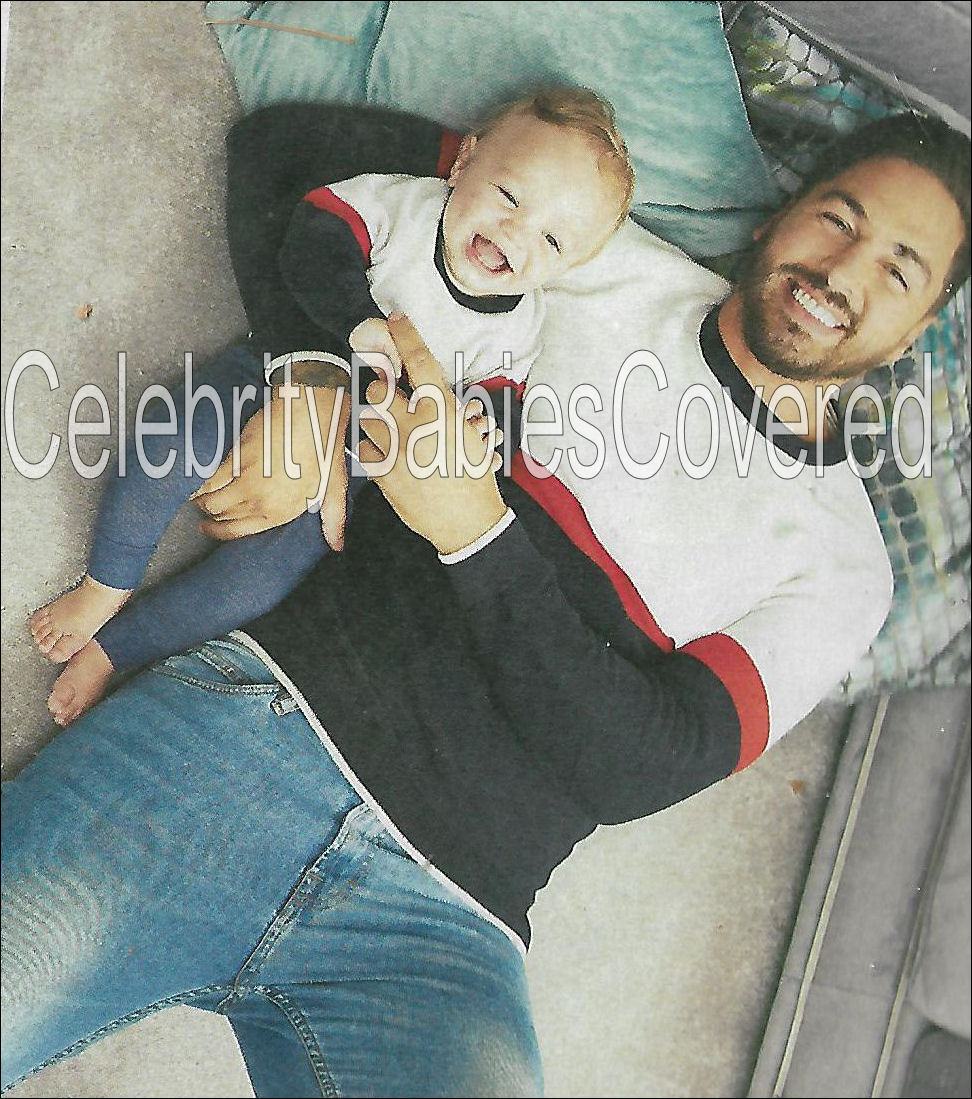 On if they have plans to start trying for baby number two any time soon:

M: We said we’d go for it again straight after the wedding next May. It means Parker would be around two and a half [when baby arrived]. Becky’s into her Chinese charts. She wants a girl next, so we’ve got a window of June, July and August. I remember that because I’m going to get laid for those three months! I’ve been Whatsapping the boys saying, “Don’t contact me in June, July or August!”

On how Parker has helped Mario keep on top of his anxiety and depression:

M:: I still have anxiety and things I work myself up over, but I don’t feel depression. My anxiety now is more over my son because I want to be a good dad. I want to be the best for my son and for Becky. I do worry, but on the whole I’m in a good place and much happier. But that’s down to Parker. I can have the shittiest day then, as soon as I see him and he hugs me or gives me a smile, that whole problem becomes nothing. 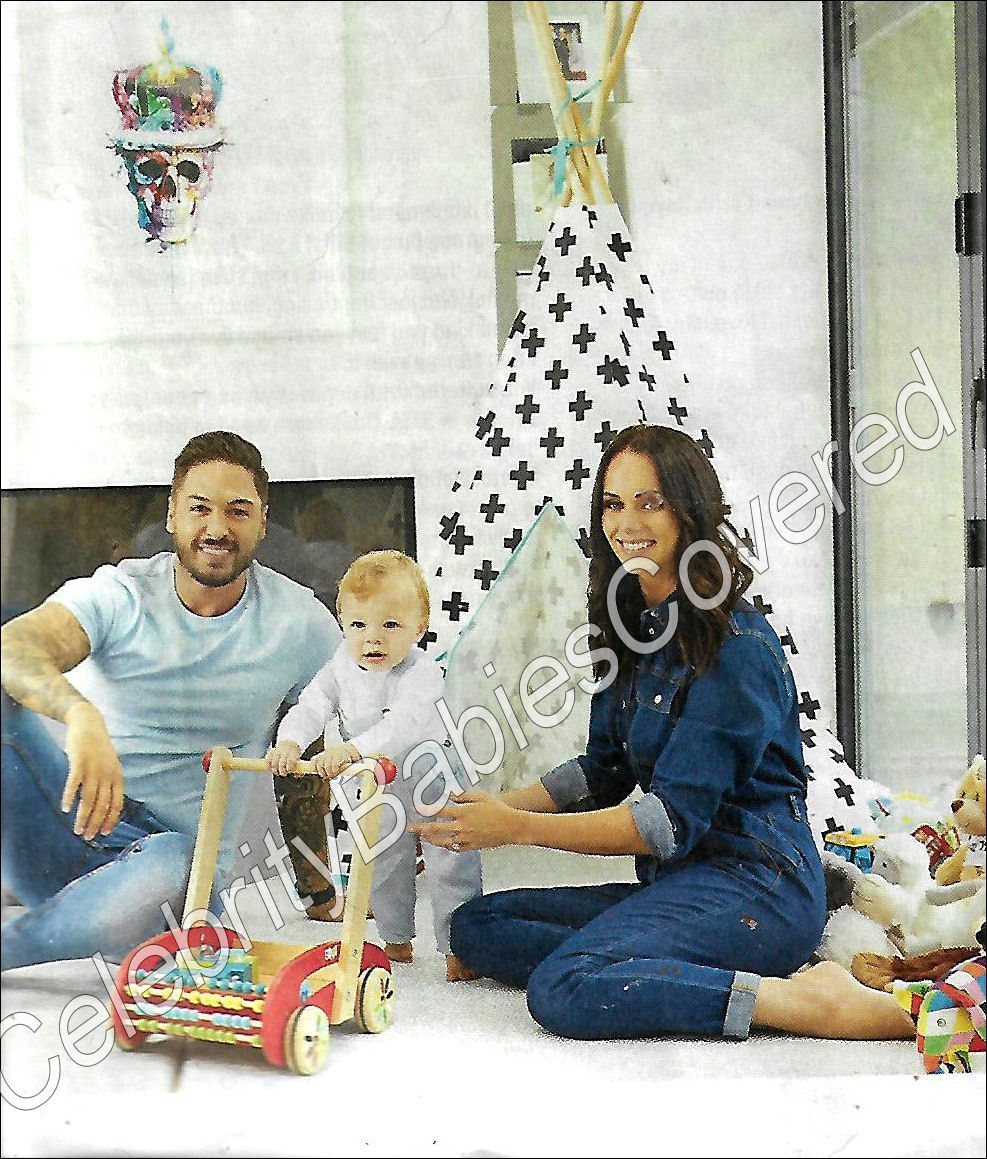 M: He’s the happiest baby and so smiley. He loves a cuddle. 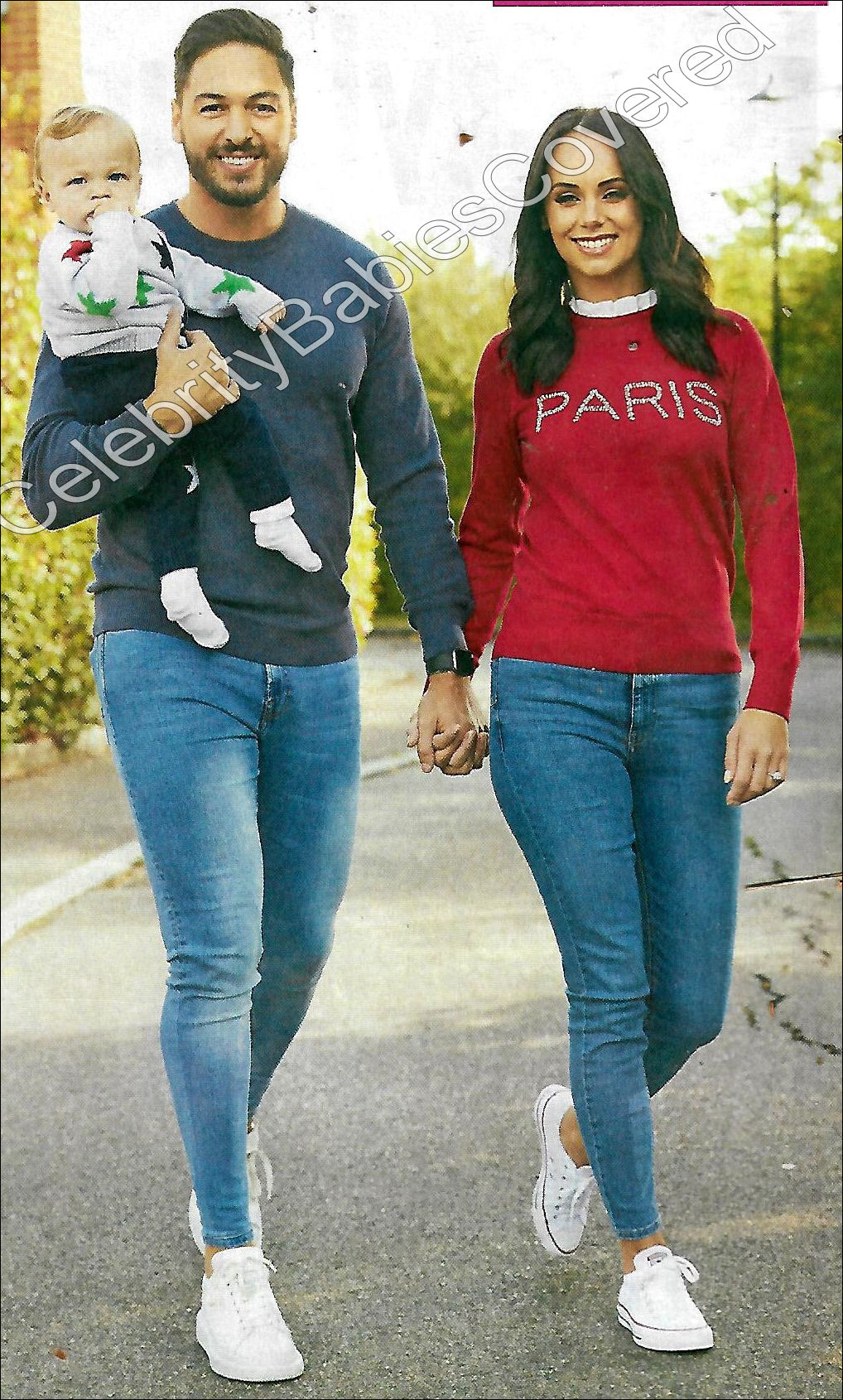