Model Abbey Clancy features as the cover star in a recent edition of OK! magazine with oldest daughter Sophia Ruby. Eight year old Sophia is already following in her mum’s modelling footsteps as they’ve joined forces to become the faces of a selection of party wear for Lipsy. Inside the 33 year-old talks all about being a mum of four and the lack of sleep, what children Sophia, Liberty Rose, 4 and Johnny 21 months, think of their new baby brother Jack, 4 months and why Christmas with her children and husband Peter Crouch is extra special this year.

On becoming a mum of four:

Abbey: I’m still figuring it out, to be honest! It’s hard because you want to go to work, you want to do stuff for you like go to the gym, or meet your friend for a coffee, but you’ve got four kids. You’ve got the school run, you’ve got homework clubs, you’ve got play dates and toddler groups. It’s finding that balance and not feeling guilty about leaving them to have an hour to yourself. It’s hard as a mum and you’ve got to just listen to your body, go with whatever feels right to you and follow your heart. When I’m at home and the kids are driving me crazy, I want to go to work and be on my own for an hour. I love having a busy house, though, it just feels really natural to me. 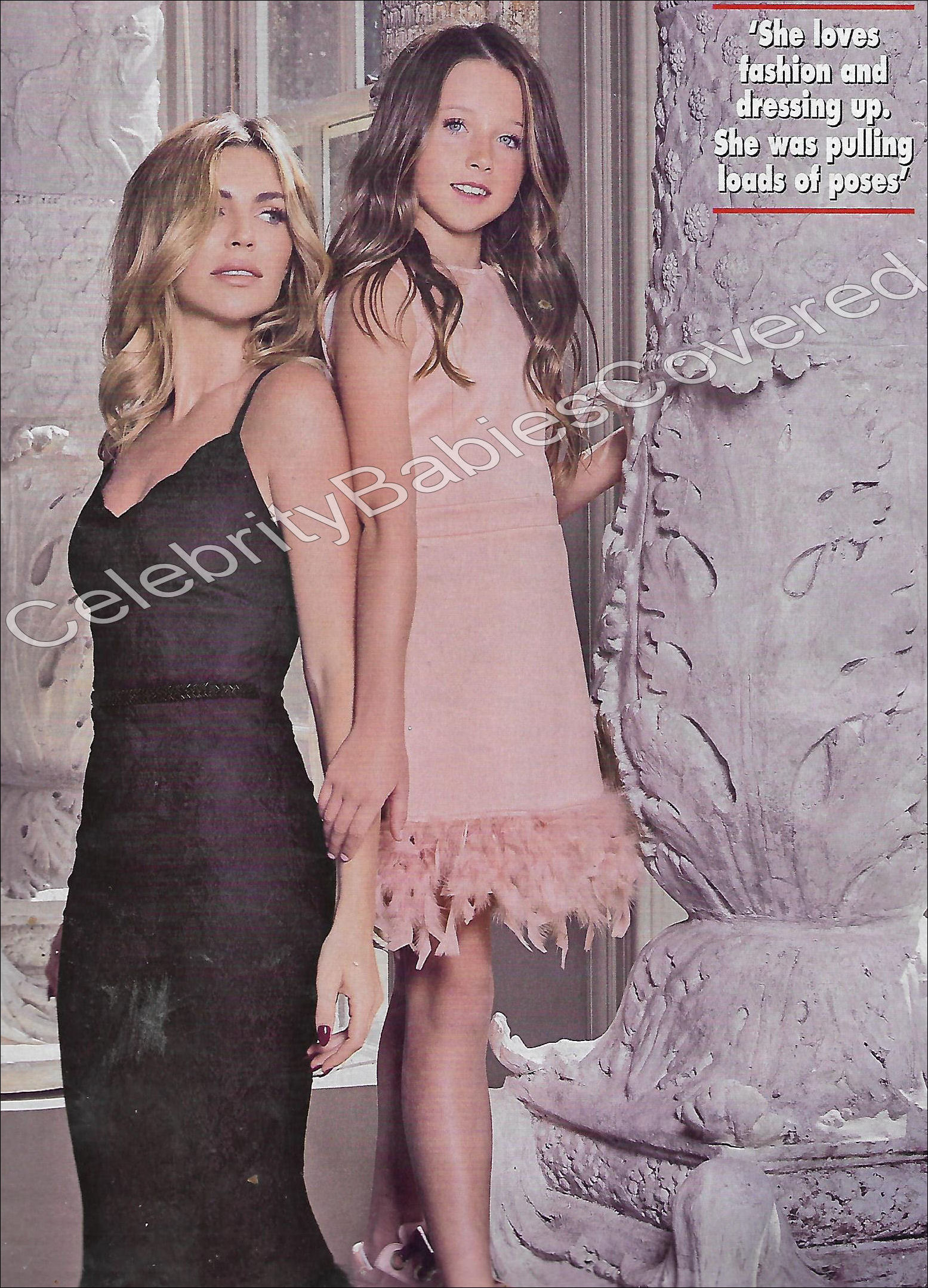 On if she has any help with the children:

A: I literally couldn’t do what I do without my mum, she’s helped me so much. If I didn’t have her help I’d be in a terrible position! I don’t leave them with anyone. For people who don’t have a good family support system around them, it must be so hard to leave your baby with a stranger and trust them. I’ve got friends whose mums have passed away and they have to go back to work and they have to trust other people. There are great people out there but it’s hard and it’s scary. My mum loves them, and they like her being around because she’s probably not as strict as I am!

On how children Sophia, Liberty and Johnny have settled with baby Jack:

A: He’s just so good, he’s slipped in so easily. The other kids aren’t jealous of him. Johnny’s forever kissing him and he wants to hold him. It’s lovely. They love him. It kind of feels like we’ve never been without him, really. He is so alert and is fully aware when his sisters and brother are around. They love to play with him and smiles and giggles away. He looks for them and tries to communicate. It’s lovely to see. But there’s no sleep going on. Johnny and Liberty still get up in the night, then the baby wakes up. I’m literally running on empty.

Sophia is an amazing big sister. She helps around the house and looks after the little ones. She’s quite grown up and very sensible, kind and caring. She’s a really good friend as well as a daughter to me. I feel very lucky.

On how she’s handling the lack of sleep:

A: I’m like a zombie! We keep trying to remind ourselves that it’s temporary and this time next year we should be alright. Sophia and Liberty are in school now so in the day it’s just Johnny and Jack at home. Johnny starts nursery in January a couple of mornings a week, so I’ll be like ‘Where have all my babies gone?”

On once saying that Johnny was her favourite child: 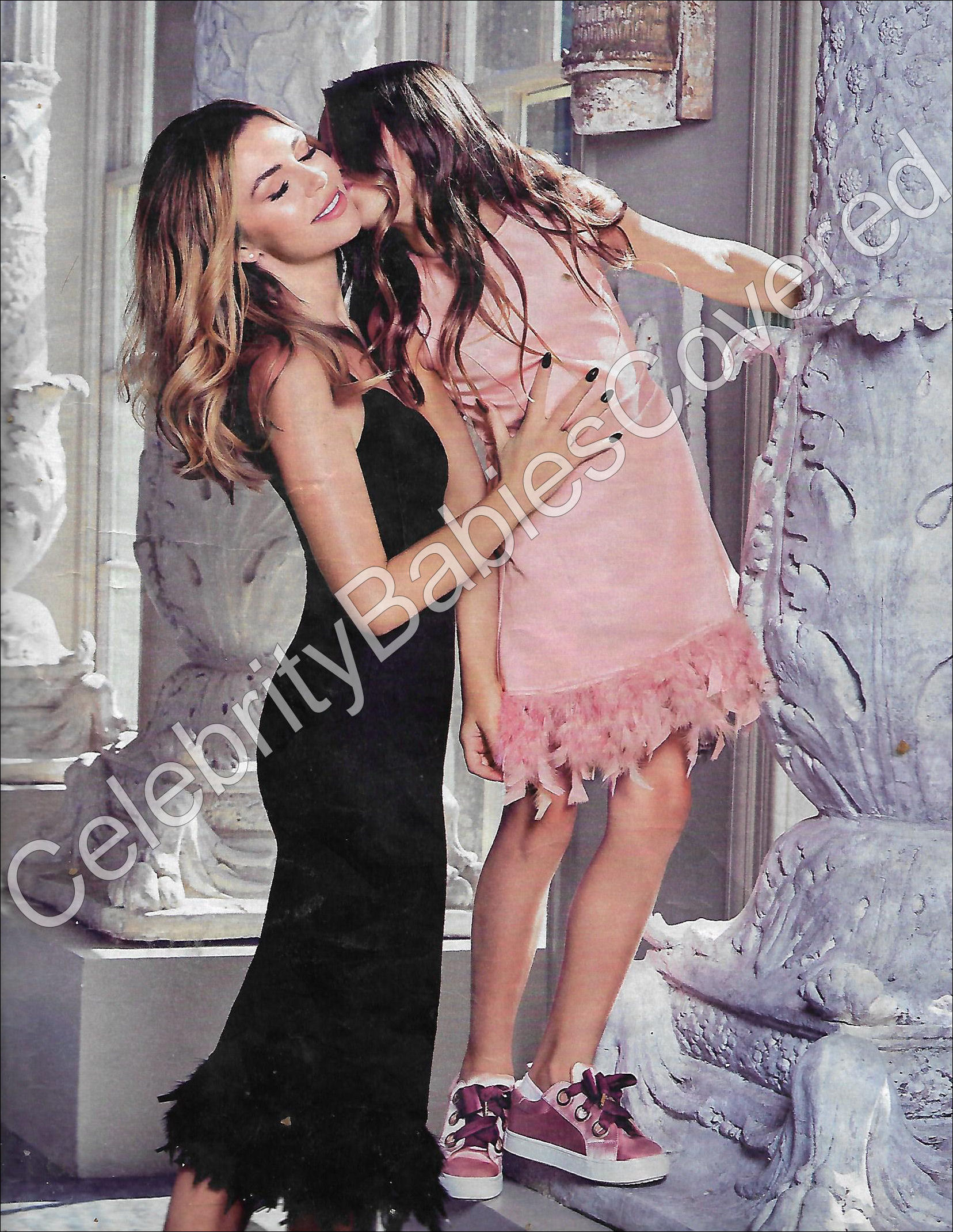 On why she chose to release a Lipsy collection with Sophia:

A: Sophia is obsessed with clothes and dressing up and, when I broached the idea with Lipsy they loved it. She’s at a great age to do it and she’s telling all her friends from school. There’s so much bad stuff going on in the world, I thought it would be a lovely thing to do. I love the collection; it’s so festive and there’s great occasion wear, which be good for a Christmas wedding or party.

Sophia’s styles aren’t replicas of my own. I don’t think that would have worked. As a mum, I wouldn’t feel comfortable with my daughters wearing exactly what I do. And it was important for Sophia to get involved in the design process and to wear something she actually wanted to wear. She came in to the Lipsy offices and we went through the fabrics and inspiration boards and she said what she liked and didn’t like. 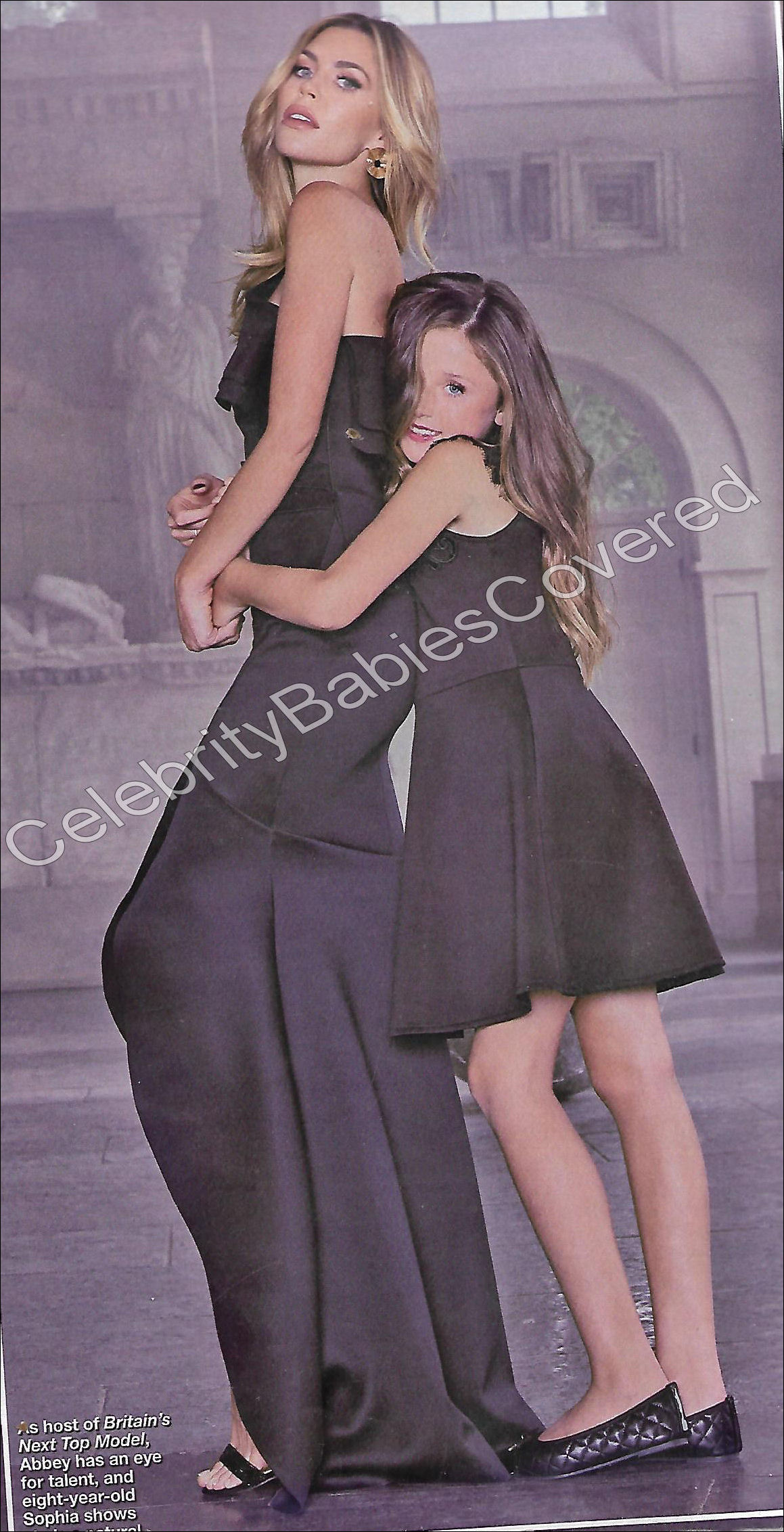 On how it’s been working with Sophia:

A: I absolutely loved it. She was really confident and pulling  her own poses and I was really proud of her. Having four kids, sometimes it’s hard to give each one individual attention. It was nice to do something together that was totally dedicated to her, and we can have the pictures to look back on forever. 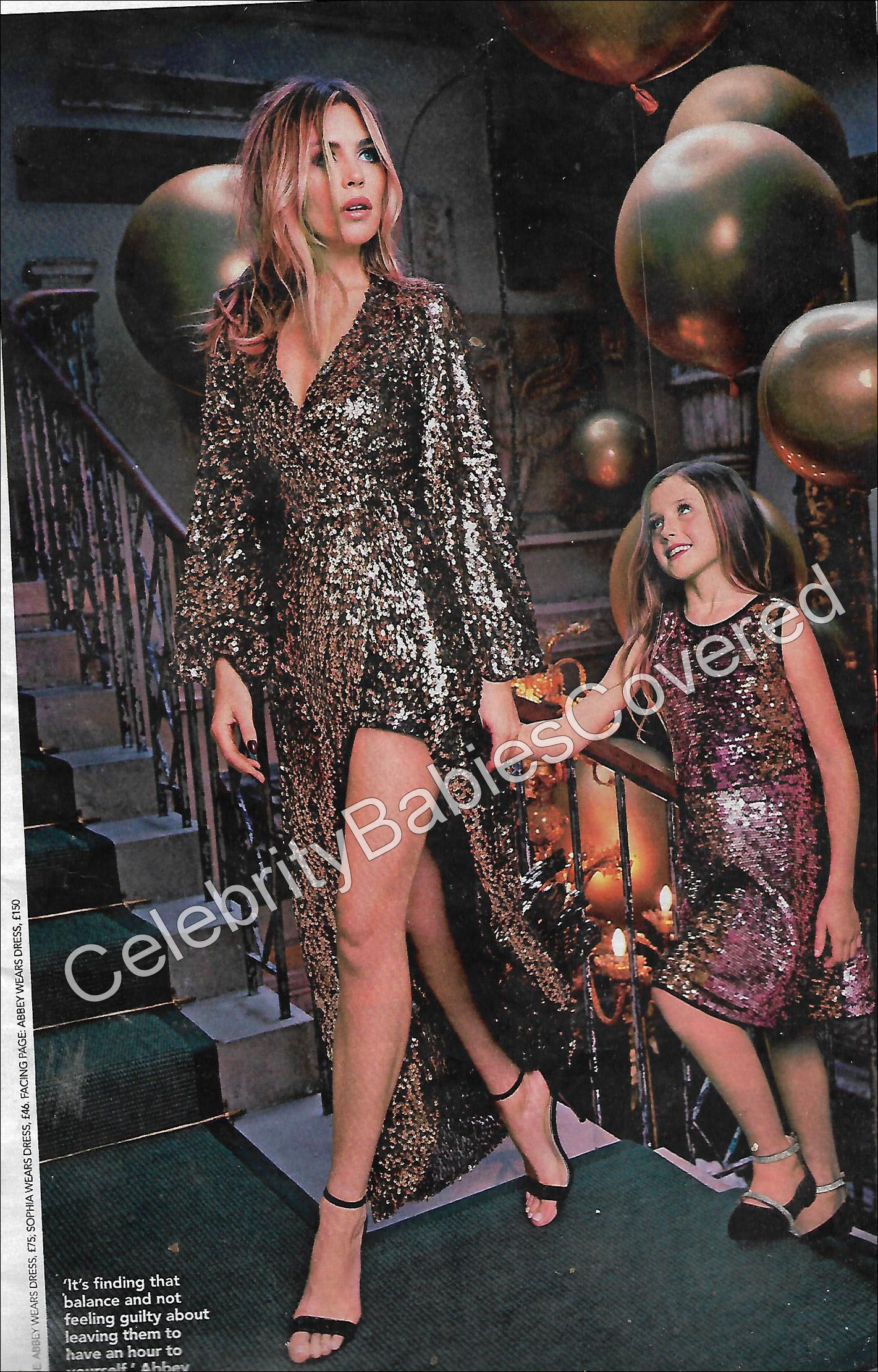 On why Christmas 2019 is going to be extra special this year in the Clancy/Crouch household:

A: I’m really excited this year as it’s actually the first year we’ll have Peter home for Christmas. Previously he’d be training on Christmas Day; he hasn’t had a Christmas dinner in the past 15 years. It’ll be nice to have him home and have our family complete. I’ve been doing work on our house, getting it more homely. I’m hoping our new kitchen will be done for Christmas.

It’s going to be a special Christmas having Peter at home. He can actually have a drink too! 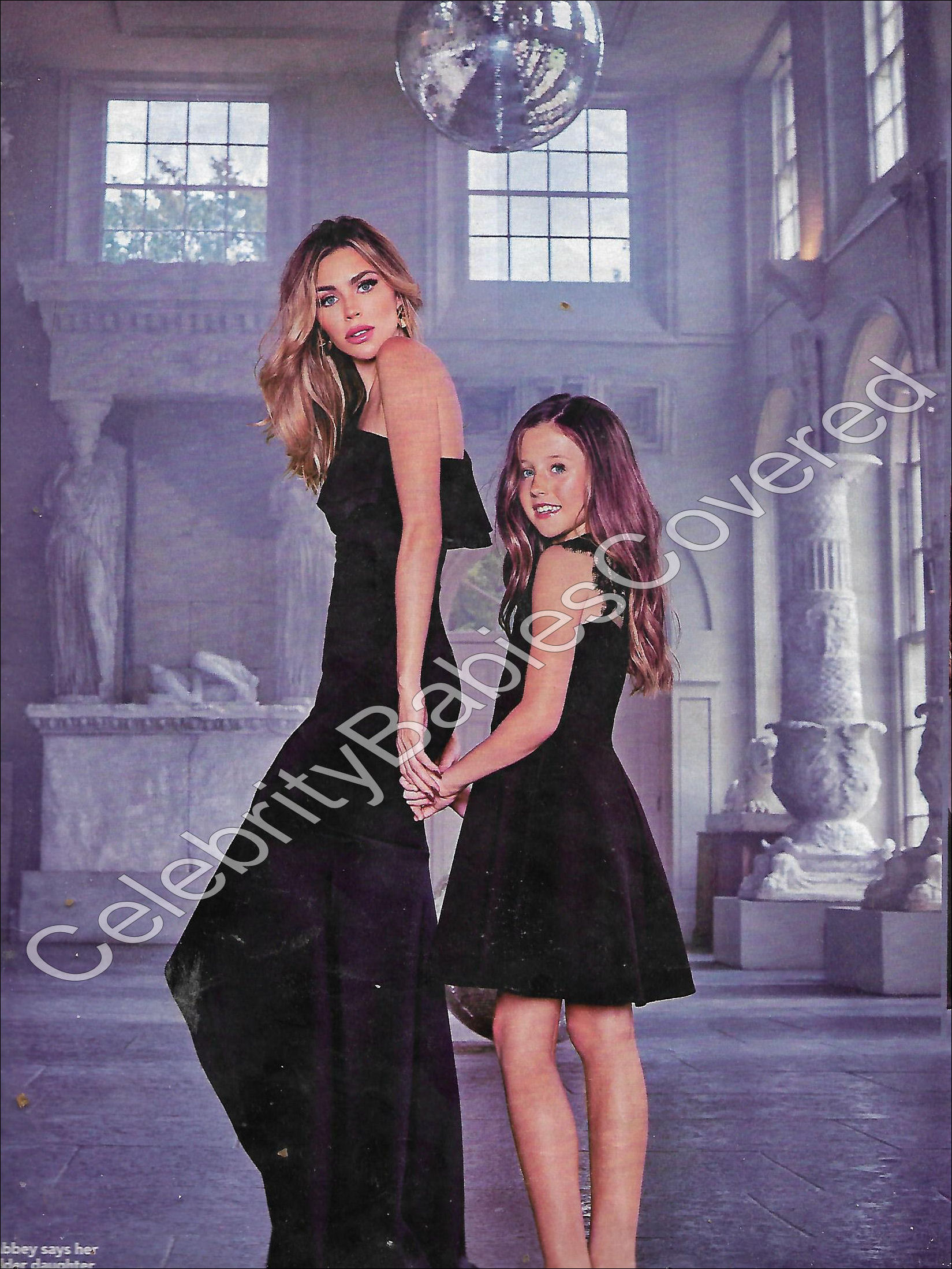