Big Brother 1 winner Craig Phillips and wife Laura feature in the latest edition of OK! magazine and introduce their beautiful baby boy Lennon Thomas. He was born  in Liverpool at 5:41am on December 16th. He  weighed 6lbs, 10.5oz, and joins big sister Nelly Janet, 22 months. Together the pair talk about choosing their little boy’s name, being a family of four, the lack of sleep now that they have two children under 2 and much more

On how Laura dealt with being pregnant during the COVID 19 pandemic:

Craig: We were really strict with our isolation when Laura was pregnant We cut off from all our friends and family in early March just to be extra cautious, and said no one could come to our house. They still haven’t met him. I only have a small family and with all the restrictions we haven’t seen each other. Some people didn’t like it and thought we were being over the top, but with a one year-old and Laura being pregnant I wanted to protect them.

Laura: My dad is in Shropshire and is being careful too.

C: Laura’s grandad passed away a week after Lennon was born and we weren’t sure if people were going to be able to come to the funeral and meet Lennon then. 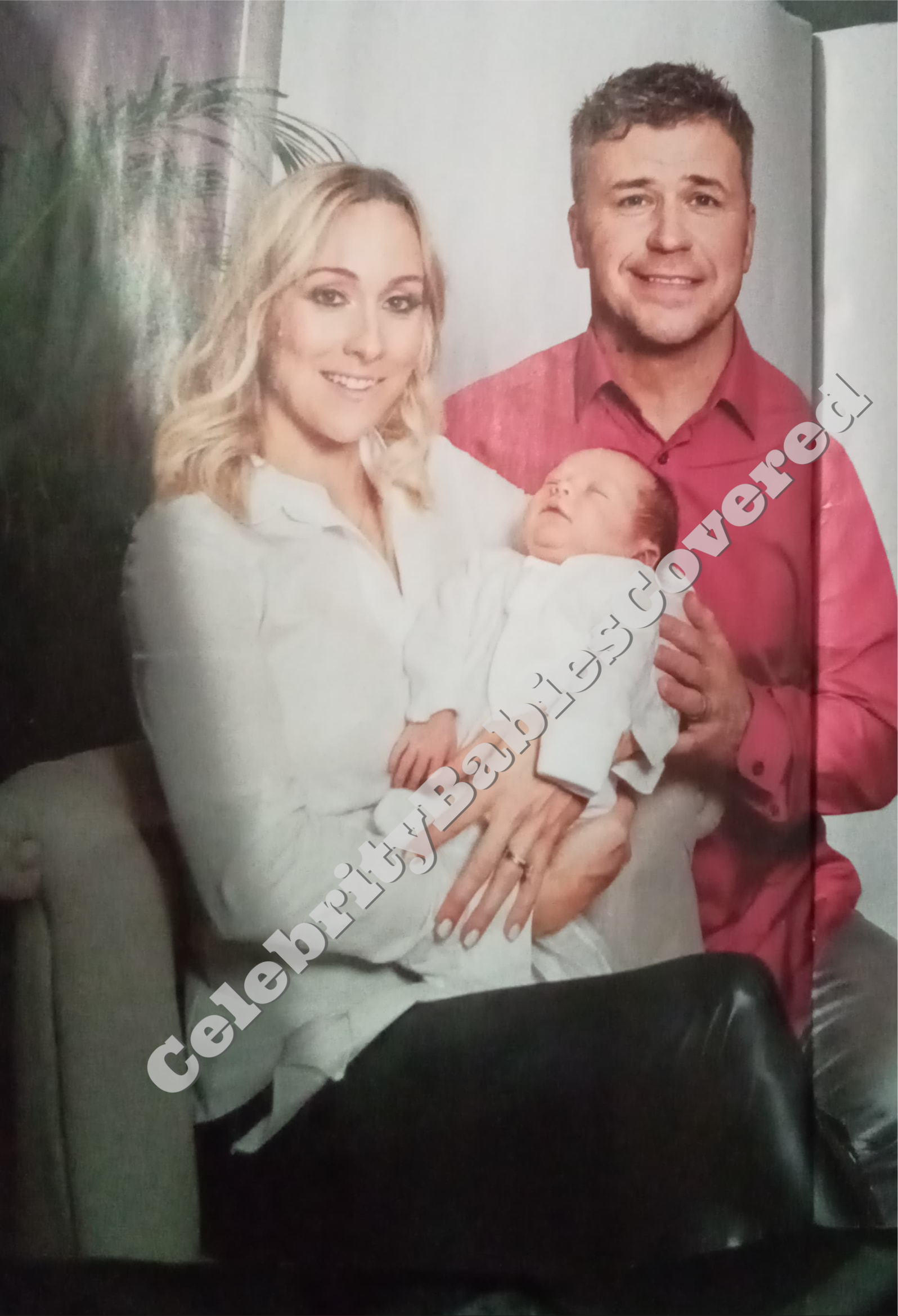 L: It was as good as a birth could go, really!

C: It was textbook perfect — the nurses said they’d never seen anything like it.

L: The first words from the midwife were: ‘You’re designed to birth children.’

C: Are you ready for how long they put down Laura was in full term labour for? Seven minutes!

L: Yes, for the .second stage of labour. He pretty much flew out! My waters broke at 2am on December 2nd. I had contractions straight away, but I didn’t tell Craig initially. Then they started coming every five minutes for about an hour, so I thought I’d better wake him. It was about 3:30am. I didn’t want to go to the hospital too early because of everything going on with Covid — if Craig wasn’t going to be allowed in. By the time we got there at 5am I was 5cm dilated. Soon I was in the birthing pool and having gas and air.

C: By 5:41am Lennon was out! Luckily, as it turned out, I was able to be there the whole time and hold her hand.

L: Having two quite positive births has made me passionate about spreading the word that not all births have to be bad. I did quite a lot of prep in to how to keep fit to prepare for the birth and the best position to give birth in, as I have a background in personal training. I also did hypnobirthing. C: I don’t think I’ve ever said it but I’m a huge fan of John Lennon. My favourite song of all time is Imagine. We picked the name months before he was born. I think we’d even picked the name before Laura was pregnant the first time. We said that if we ever had a boy one day we would call him Lennon.

L: We wanted a name that even if we moved away from Liverpool, or he decided to move away, would always bring him back to his roots.

C: I was desperate for a boy. His middle name is Thomas which was my [late] dad’s middle name. It was a way of having my dad in . there. Nelly’s middle name is Janet and that was Laura’s mum’s name. It’s only Laura’s dad that’s still alive — the kids never got to meet their other grandparents, sadly. 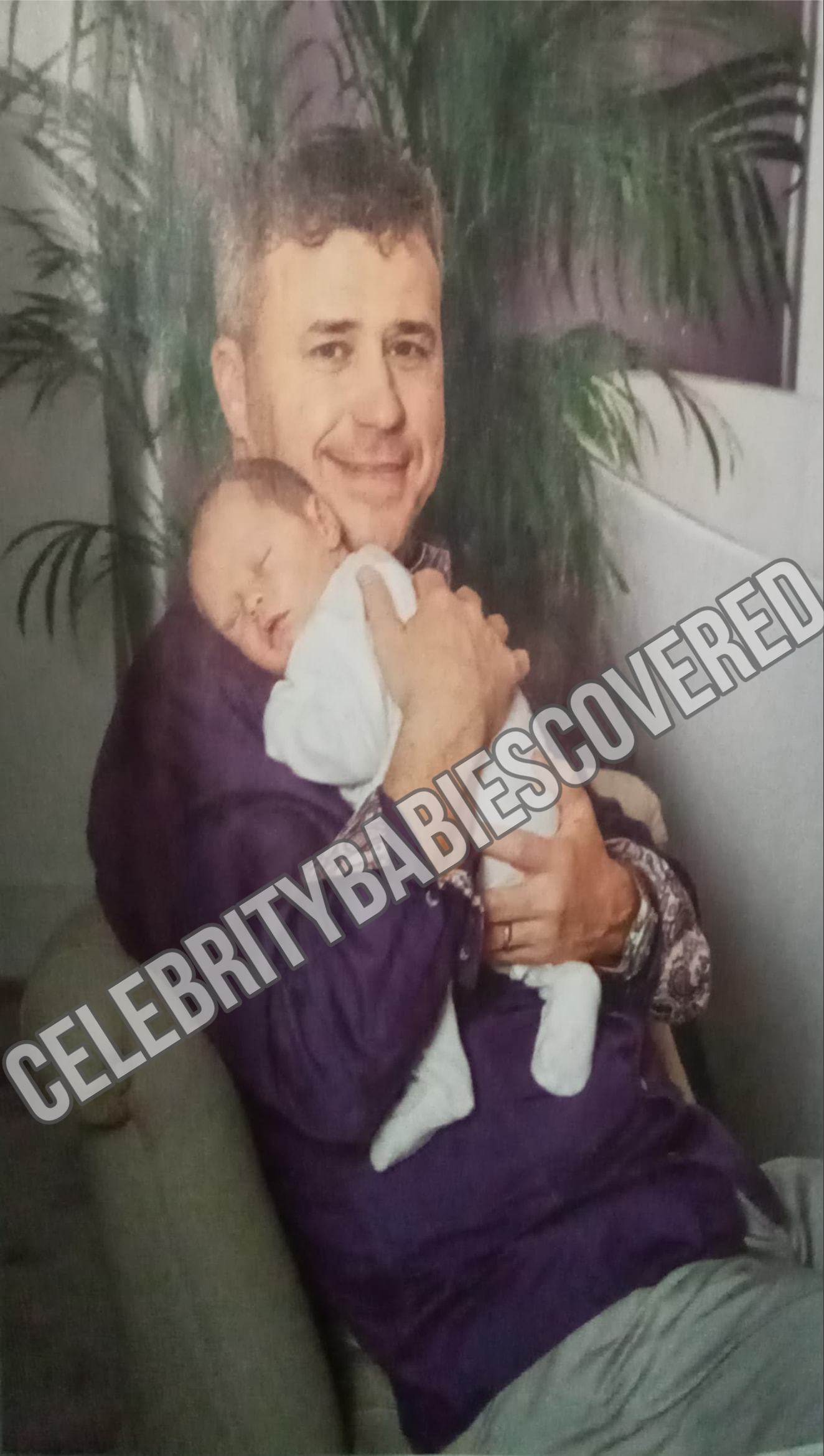 On how Lennon is doing and what it’s like having a newborn at home:

C: We’re a little bit tired at the moment — if we could get a few extra hours between each of his naps that would make a great difference. He has about 10 naps a day. It’s just very hit and miss at the moment. But he’s a cracking little thing!

L: The newborn stage is just relentless, isn’t it?

C: I do a lot of winding, nappies and skin-on-skin with him. Laura is superwoman. Each winter we do a little bit of work for our local water board, United Utilities, and Laura was back in the studio in our house doing voiceovers on Zoom for its winter campaign five days after giving birth.

L: I’m pretty sure I had breast milk all down myself! I felt sorry for everyone on the call [Laughs].

On what daughter Nelly thinks of her baby brother:

L: She’s not a big fan of her brother. She’s a bit jealous. On how they’ve handled Nelly’s jealousy:

C: With great difficulty. It’s quite tough at the moment, but she’ll get used to it. She doesn’t really have a choice because it’s not like he’s going anywhere! Laura is exclusively breastfeeding so Lennon is on the boob every hour and a half at the moment and through the night.

C: When he’s feeding, Nelly can’t get much attention so she’s clambering all over Laura and I have to entertain and try to distract her.

L: We’ve hit the terrible twos and she’s a bit of a handful. 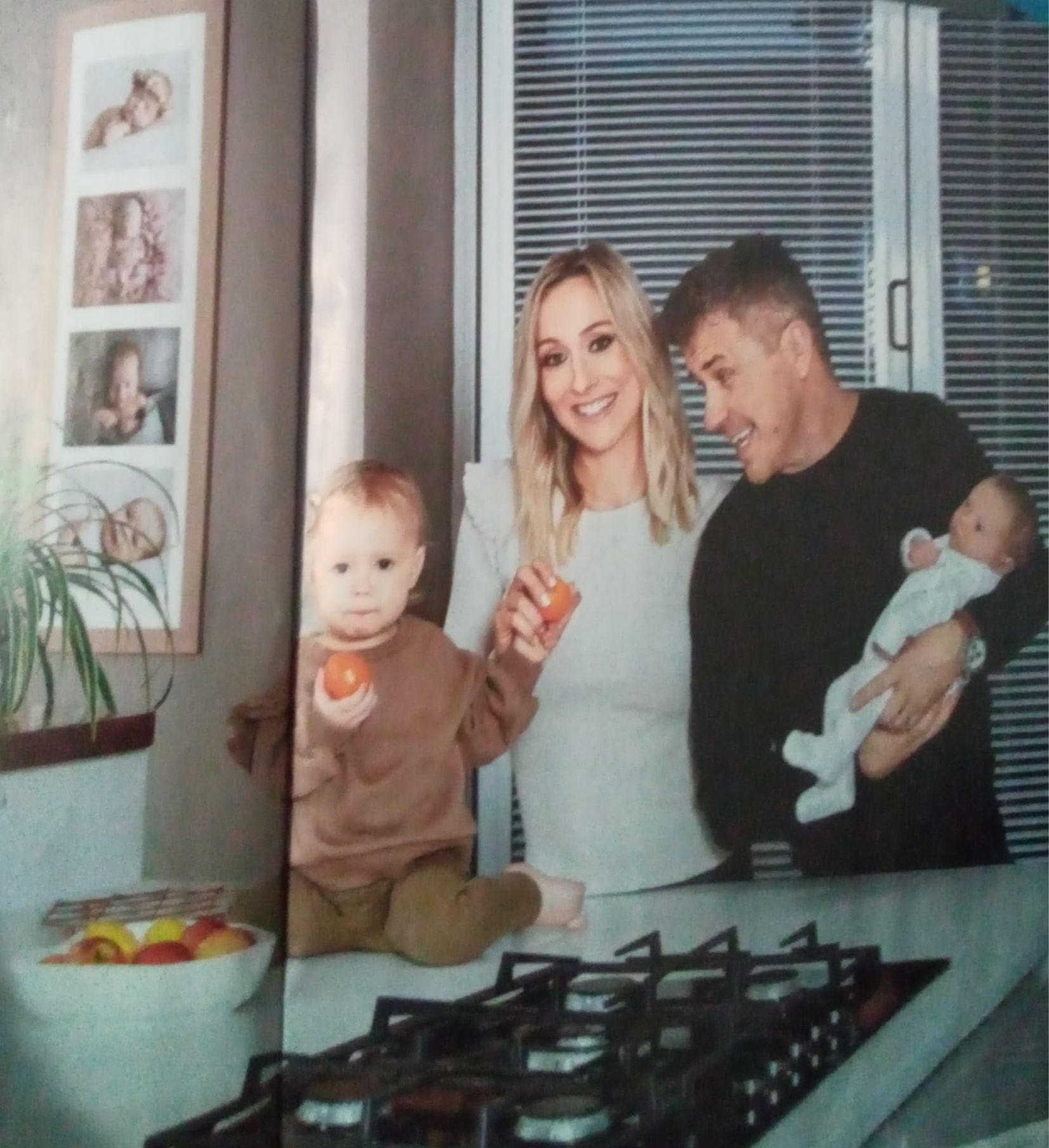 On if they would like any more children in the future:

C: No. We have one of each, we’re done. I don’t want to be in my fifties and having another baby and changing nappies. Lennon has completed the family. He’s fulfilled the whole jigsaw puzzle. 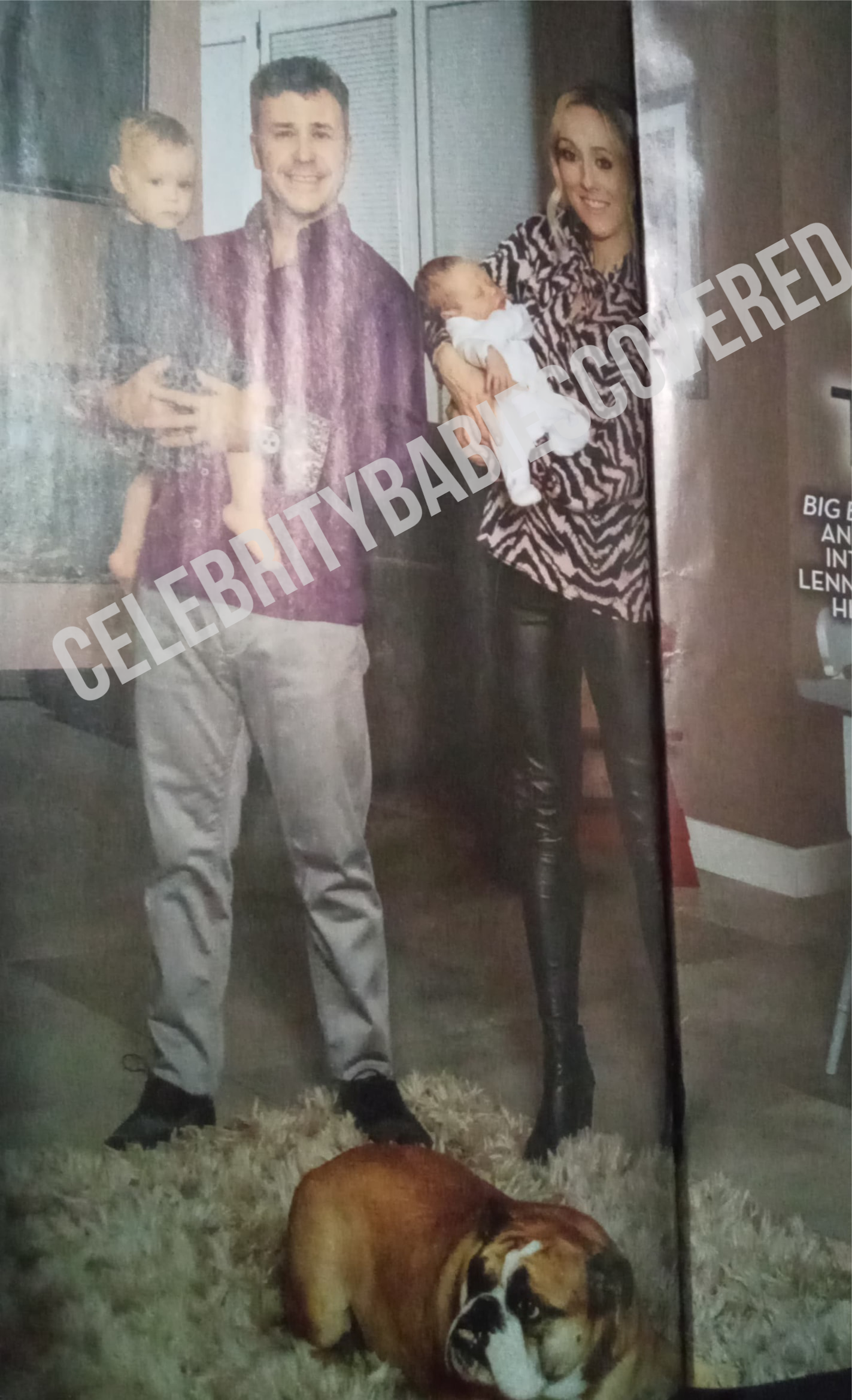