David Beckham and daughter Harper Seven, 3, were all smiles when they were spotted spending some time together in London on Tuesday, May 19th. As well as Harper, the 40-year-old is dad to Brooklyn Joseph, 16, Romeo James, 12, and Cruz David, 10, with wife Victoria Beckham. 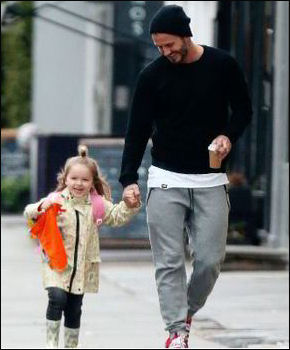 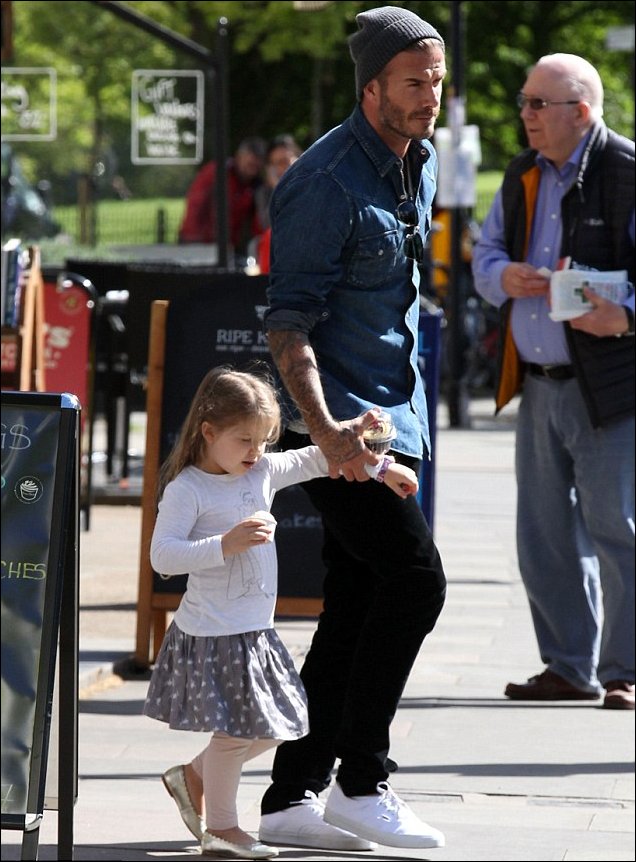 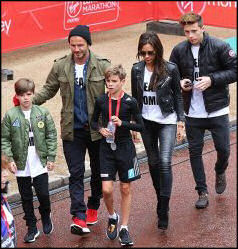 Victoria Beckham appeared on Ellen DeGeneres on Thursday, April 23rd 2015. Whilst sitting down for a chat the fashion designer explained that while 3-year-old Harper Seven does enjoy wearing dresses she is also quite the tomboy.

“She’s a little tomboy. She loves to wear little dresses, but then she loves to put her football boots on and get in the garden with her brothers and have a bit of rough and tumble, which I think is great.”

“And the boys are great with her. All the kids are amazing. I mean, they’re really good kids… they work hard at school. They’re happy, they’re funny.”

Despite having such famous parents, the former Spice Girl says 16-year-old Brooklyn still works for his money.

“He’s worked in the local cafe washing up dishes for the past two years, which I think is great. You know, for me and David, we work a lot, but the kids are everything to us.And we’re very, very present. And I think it’s important that the kids have a good work ethic and try to help other people as well.”

David and Victoria Beckham are expecting their fourth child in the summer. Speaking of the fantastic news David took to Facebook to confirm:

“I’ve got great news to tell you. Victoria and I are expecting a fourth child this summer.”

The couples three sons — Brooklyn Joseph, 11, Romeo James, 8, and Cruz David, 5, are equally excited about having another sibling.

“The boys are very excited about the arrival of their new brother or sister.”

David Beckham has said that he found talking about the facts of life to eldest son Brooklyn Joseph, 11, rather “uncomfortable“ so he left it up to wife Victoria to do the explaining.

“Brooklyn’s noticed he’s getting attention from girls and he likes it, so we had the sex talk. I had to walk out of the room because Brooklyn’s looking at me out of the corner of his eye , and kind of laughing. I couldn’t take it.”

David and Victoria are also parents to Romeo James, 8, and Cruz David, 5.