It’s been 8 years since the death of Anna Nicole Smith and her former boyfriend Larry Birkhead has been raising their daughter Dannielynn Hope, 9, single-handedly since. Like any other 9-year old their little girl enjoys playing computer games such as Minecraft and often searching for things she likes on Google. With that in mind, dad Larry says he tries to be as honest as possible with her when it comes to stories about her mum.

“I tell Dannielynn stories about her mom. I don’t sugar coat it. I say there are some things that your mom did and you know I try to make her learn from it. She’ll see things, when she grows up, that not necessarily are true. Was [Anna Nicole] wild? Yeah, sure. But [she was] a great lady and a great mom.”

Aside from the fact that her mum was famous and in the public eye, the 42-year old says his daughter has quite a normal upbringing and makes him proud daily — even achieving straight A’s at school.

“I think [about] how far she’s come, and all the craziness that swirled around her and that she was just, really none the wiser. ‘]Just a little kid doing her thing like she’s supposed to be. That’s the one thing that I’m most proud of that I’ve done, trying to keep everything as normal as I can, in just a really crazy, crazy situation.

I look at her and she’s my everything. When I see how big she’s become, I’m just so proud of her.”

As she’s gotten older Larry has also noticed her resemblance to her mum.

“She reminds me so much of her mom and as she gets older, and her features are changing, it’s just like having a little miniature Anna Nicole running around in so many ways.” 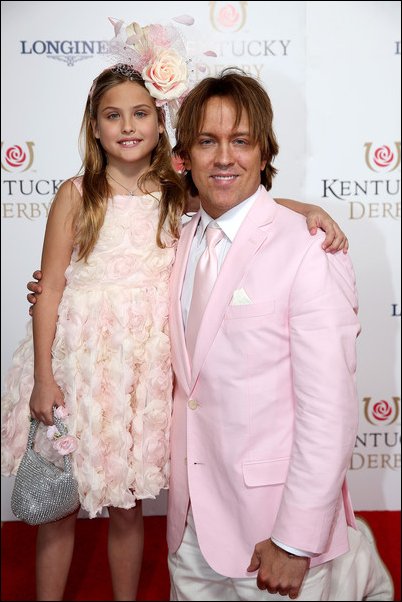 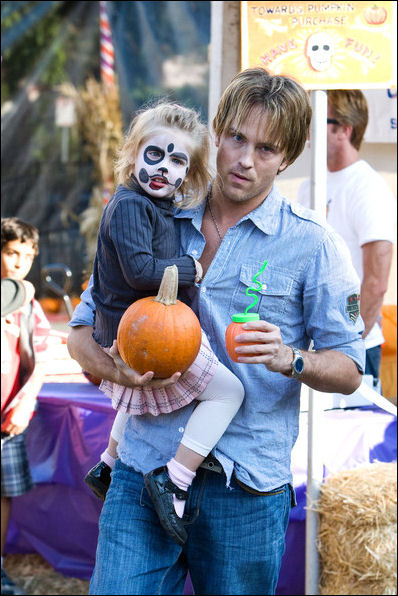 Settling into their new house in Louisville, Kentucky, Larry Birkhead and his daughter Dannielynn Hope, who turned 3 on Sept. 7, are living proof that love can triumph over tragedy. After her mother, Anna Nicole Smith, died of drug-related complications, the tot was the centre of a custody battle which continues today. Through it all, America has only wanted what’s best for this little girl. At last, it seems she’s getting just that.

Away from the spotlight in her photographer father’s hometown, surrounded by family and friends, the mini Anna and SpongeBob devotee is just like any other child her age — which is exactly how her doting dad wants it.