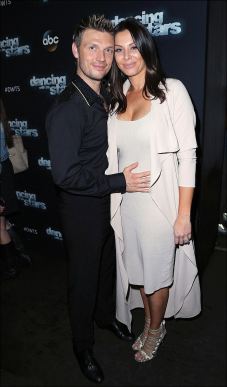 It’s going to be a Backstreet Boy for Nick Carter and wife Lauren Kitt.

After receiving a perfect score of 30 for his contemporary dance, singer Nick headed backstage on Dancing With The Stars with his wife — where they were greeted with a box wrapped up in the colour silver. Once opened, a load of blue balloons escaped to reveal their baby’s gender.

Baby on the way is due around March/April 2016. 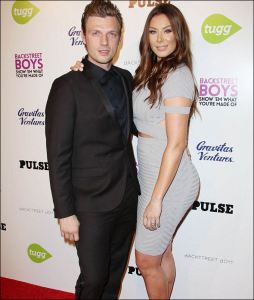 Backstreet Boys band member Nick Carter and wife Lauren Kitt are expecting their first child together. A source close to the couple has revealed that Lauren is around 4 months pregnant and that the pair are “overjoyed” with the news.

“They are so happy and overjoyed. They’ve been trying for such a long time.”