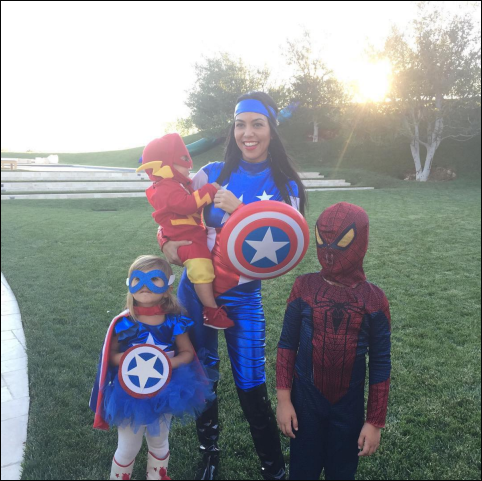 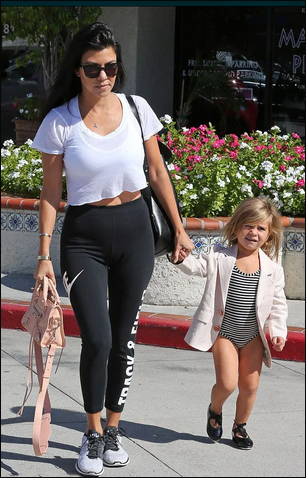 Kourtney Kardashian and daughter Penelope Scotland, 2, stopped off at Coffee Bean after ballet class in Los Angeles on Thursday, May 21st. She is also mum to sons Mason Dash, 5, and Reign Aston, 5 months. Kourtney Kardashian and daughter Penelope Scotland, 2, look stylish in swimwear while on a recent family holiday in Mexico. As well as Penelope, Kourtney is mum to sons Mason Dash, 5, and Reign Aston, 5 months, with boyfriend Scott Disick. She may not have any children of her own yet but that doesn’t mean Khloe Kardashian doesn’t know what type of mum she wants to be.  Speaking to Refinary29, she said:

Everyone says that when you have kids, you become crazy, so I don’t know what I’m going to be. But I’m a really fun aunt, so I hope I’m going to be a fun mom!

“I like to have fun and be silly and not take myself too seriously with the kids, so I hope that will translate when I actually have my own.”

Already aunt to sisters Kourtney and Kim‘s children – Mason Dash, 5, Penelope Scotland, 2, North West, 23 months and Reign Aston, 4 1/2 months — the 29-year-old revealed that while one of the girls is “really girly“,  the other knows exactly “what she wants.”

“P’s always really girly, while North is normally in an all-black outfit. Kim recently put North in an all-pink leotard and tutu, and she texted me and was like, ‘Look, I put North in pink just for you!’

“North didn’t like it — North wanted a black tutu. And, I just thought it was hysterical because I was saying [to Kim], ‘Put the girl in some damn pink for a second!’ And, she’s like, ‘I did it for you, and she didn’t like it! I know my daughter’s personality.

“I find that so cute. North is going to be two in June, and she already knows what she wants. It’s hysterical.”