Together they talk about their fertility struggles, and the journey they went on in order to give daughter Blossom, 5, a sibling.

Felix Montogomory and Velvet Josephine, who were born on 13th July 2009, weighing 5lbs 6oz and 4lbs 3oz are unaware of the extraodinary journey that proceeded their arrival. They were concieved with the help of a Los Angeles-based egg donor after Kate, 42, and Jason 41, suffered a series of fertility problems.

They began trying for a sibling for daughter Blossom in 2005.  Soon afterwards, while working on a film in Scotland, Jason caught mumps and his fertility was affected. Then Kate learned she was going through an early menopause. They then embarked on three failed IVF attempts.

It was while living temporarily living in California last year that a consultant advised them that adoption or an egg donor programme were their only options. They decided to try the latter as it would give them children were half Jason and half siblings to Blossom.

They had their first meeting with their donor in August, and by December Kate was pregnant — she had two embryos implanted inside her and both survived. They returned to their Gloucestershire home earlier this year but the drama was not over — their babies were born 5 weeks prematurely at Bath’s Royal United Hospital. On what it felt like holding their twins for the first time after such an emotional journey:

Kate: So emotional. We’ve got wonderful photo of Jason sitting there with them in his arms with a look of amazment on his face. It was also a relief that they were here. These babies were a long time in the making, so it was wonderful.

On the twins spending their first few days in intensive care:

K: I went in to early labour at 34 weeks and five days, and because they were so little they had to be fed through a tube and kept in ‘hot cots’ to keep their body temperature up. It was quite hard to be on the ward and not have my babies with me. I had to go down to the intesive care unit and watch them. But I learned a lot from the nurses, who said the best thing with little babies is to feed them and let them sleep, rest and grow.

On why they wanted to give daughter Blossom a sibling:

K: She said for the longest time, ‘I’m lonely, and there’s no people in our house. 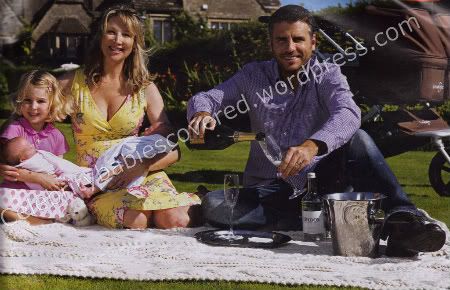 On finding an egg donor:

K: You have to get over the fact that you’re not able to have any children that are genetically totally yours. That’s a very big thing to come to terms with and you have to go through a slight mourning process. We talked a lot about our individual worries but once we’d decided, it felt much better. We knew that with healthy, younger eggs our chances of success were much higher and that was very comforting.

We were on holiday in France last summer and started looking online at Californian egg donation agencies, which had been reccommended by our consultant. We were looking at photos of egg donors and there was one woman who stood out. She had the most open, warm, friendly face and when we read her reasons behind wanting to donate, she just sounded ideal.

J: She was adopted herself and wanted to give something back to people who couldn’t concieve naturally. You get people wanting to donate eggs for many reasons but hers were genuine and altrustic.

About meeting her for the first time:

J: We arranged to meet in a Starbucks car park because it was round the corner from her work. It’s not something you do every day, so there are many thoughts going through your head…

K: I was incredibly nervous because I really wanted her to like us. Her car pulled up and she got out and walked towards us. We were knocked out by how stunning she was. She came over and we sort of went to shake hands, and she immediately hugged me, which felt really natural and normal.

On what happened next with the process:

K: She had to have some medical and pyscological tests and then we had to sync our menstraul cycles. They then start the treatment with drugs to stimulate her ovaries to create lots of eggs.

On their relationship with their egg donor:

K: She was extraodinary. I would accompany her to all her clinic appointments in Los Angeles and she would do the same for me, and we would hold each other’s hands as we went through this experience. My friends in Los Angeles threw me the most amazing baby shower, and she was the guest of honour.

When I had my babies I put a message on facebook to let everyone know they’d arrived and she was the first to respond and wish us all the luck in the world. We’ve stayed in contact — she’s coming to Europe next month so I think she’ll pop in and say hello. I’m keen for Velvet and Felix to have some contact with her.

J: They will get to know the wonderful donor and it will be an interesting journey for them. 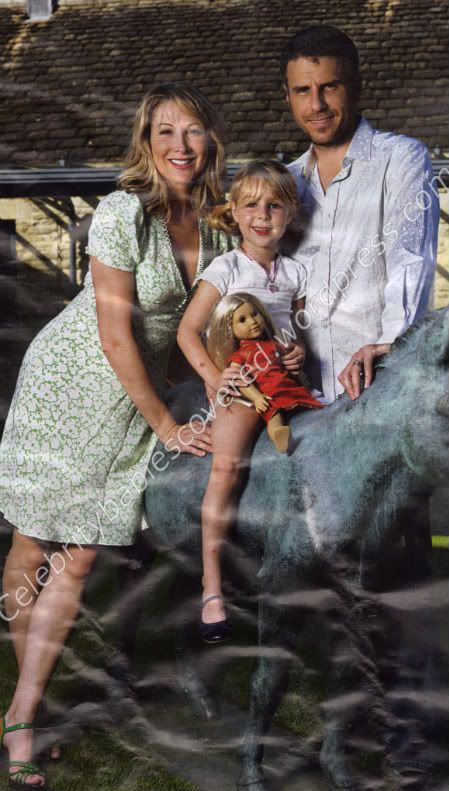 On preparing Blossom about becoming a big sister:

K: She has been very much involved. She’s met our egg donor, she was there on the day that the embryos were transferred to me. The consultant made a point of letting her sign the consent form too.

I’ve read a lot of articles and studies have shown that when children who are the product of egg or sperm donation are kept in the dark, it can cause a lot of problems later. We plan to be completely open with our children and explain to the twins they were made in a very special way.

On if they’d like more children in the future:

K: We’re more than happy and very thankful for what we have. I see puppies on the horizon…

On if they’d recommend the donor programme to others:

K: For us, it’s been a very positive experience — I can’t think of a negative side to it.

J: It’s a phenomonal thing. It gives people an enormous amount of hope. Where there was a sort of gloom and darkness, there’s a light. And look at the result: two beautiful little babies.