Whenever Strictly Come Dancing star Vincent Simone has time off from practising with his celebrity partner for this series, former Eastenders actress Natalie Cassidy, he flies straight to Northern Ireland to spend time with his newborn son, Luca William, and the baby’s mother Susan Duddy.

“Every minute of every day off, I want to be there, no matter what.”

The professional dancer is clearly besotted with his first child. “Vincent can just look at Luca and be in tears,” reveals Susan. “There’s a very sensitive side to him. When he’s here, he constantly has Luca in his arms.”

“I’ve achived a lot in my life — amazing shows, performances and championships,” adds Vincent, “but having Luca tops all that.”

Vincent and Susan are clearly united in their love for Luca, who has brought some happiness back in to their lives. Earlier this year Susan moved out of their shared home in Guildford, Surrey, and back to her parents’ home in her native Northern Ireland, following Vincent’s fling with fellow Strictly dancer Kristina Rihanoff. They keep in touch, however, and Vincent was visiting Susan in Londonderry when she went in to labour a week early on 20th August. Their son was delivered naturally after a nine hour labour, throughout which Vincent was by Susan’s side.

“I got goosebumps when, at one point, everything seemed to go silent,” recalls Vincent. “and then you hear this baby scream — crying so loud. It’s an amazing sensation, beautiful.” 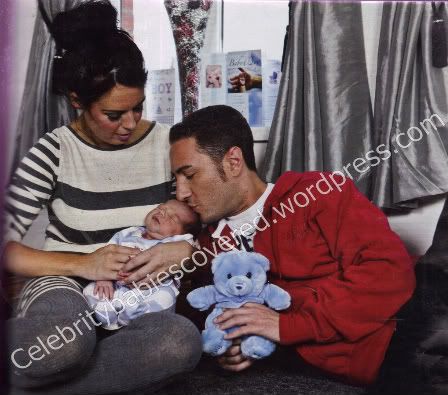 While Vincent, 31, and Susan, 36, are no longer in a romantic relationship, they haven’t ruled out getting back together in the future.

“We have remained close,” says former flight attendant Susan. “At the time when everything happened, I wasn’t very well with the pregnancy — my hormones were chaotic and I was very badly hurt. I wanted everything to work out and, I suppose wave a magic wand, but these things take time to sort out and for emotions to heal.”

While she was very hurt by Vincent’s affair, having Luca has given Susan a different perspective.

“It’s in the past, where it belongs. I don’t blame Kristina for what happened and I hope that if we see each other over at the BBC we can pass and say ‘Hello.’ I’ve been through a lot in my life and I think being bitter and resentful can only hold you back.”

“One of the things I love about Susan is that she understands me. Whenever I’ve got a problem, I tell her everything.” Above: Vincent, Susan and Luca are pictured above with Vincent’s dad Gaspare, his sister Alessandra and mum Anna-Maria

The ballroom champion — who came second in last year’s Strictly, partenering Rachel Stevens — has done a lot of appologising this year.

“I cried to Susan, I cried to my parents. I cried to everyone because I felt so bad. I’m happy to take the blame for what happened, but I think everyone deserves a second chance.”

Vincent is moving on and looking to the future and Luca is the motivation he needs.

“More than Luca needs me, I need him. He will make me what I was meant to be — the way I’ve been all my life. And Susan and I are bonding more than ever now.”

“We both believe that Luca was meant to be.” 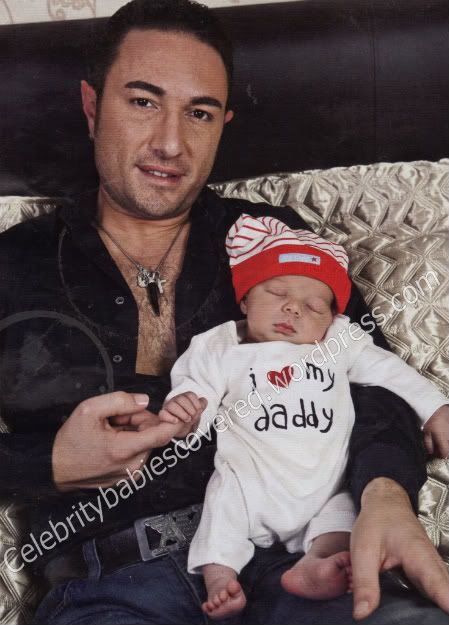 Vincent says, that if he could have chosen anyone to have a child with, it would have been Susan.

“She’s a proper mum and we always get on really really well.”

She is equally happy with the father of her son.

“You know, Vincent is a real charecter on TV — he come across as a flirt — but away from that he is just adorable. His family are my family. Even though mine are Northern Irish and his are Italian, they are both very simular in their ways. I just love the simple, homely, boyish side of Vincent and he makes me laugh so much. Even when I was hobbling to the labour ward he made me laugh. “We’re hoping [things] will work out. But if it doesn’t, I’m confident that we will remain good friends and good parents. And I will never deny Vincent or his family time with Luca because I know how much he means to them.”

Despite not being able to spend as much time with his baby boy as other new dads, Vincent is determined that Luca will not go short on love.

“He is going to be the luckiest boy on the planet because he’s going to get so much love. I’ll be the best dad ever.” 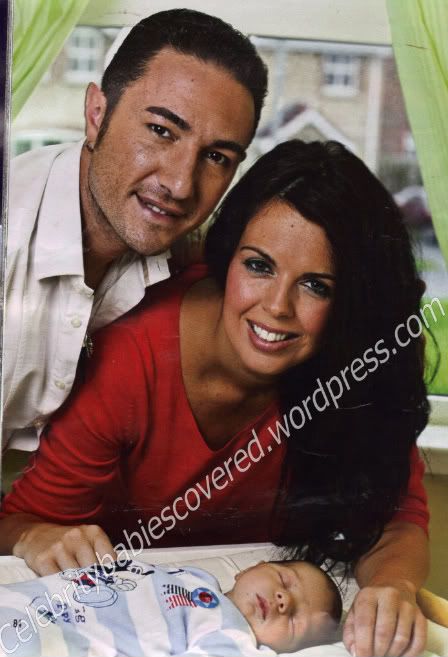