Two years after Claire Richards and husband Reece Hill welcomed their first child — son Charlie, 2, — into the world, the former Steps star is pregnant again — but she’s not entirely happy.

“Those women who say they are glowing or have had a smooth pregnancy must be lying. I’d rather give birth than be pregnant. I’ve been so ill this time around, more so than when I had Charlie, vomiting and getting migraines.”

“Don’t get me wrong, I love being pregnant. I love having a big bump and I’m lucky I have a nice looking bump. But I’m seriously thinking about whether Reece and I want more kids.”

On if the baby was planned:

Claire: It was actually, but we never thought it would happen so quickly. We didn’t want Charlie to be on his own for too long — he’s two now and I wanted him to have a friend to play with.

On if they know if it’s a boy or girl:

C: We went for a scan but the baby was sat on its bum and curled over so I took it as a sign that I shouldn’t know. But I think it’s better to be a surprise. I’d quite like a girl to have one of each. 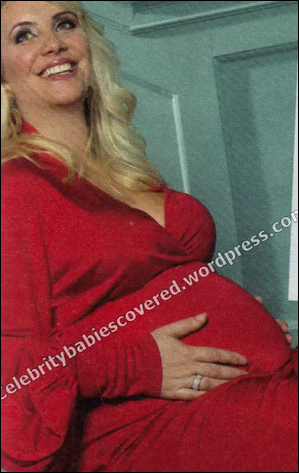 On if she’s nervous about the birth second time round:

C: Giving birth is an amazing thing, but there’s no way you can make it look nice. It’s one of the most primitive things we have to go through, it’s quite horrific to look at, you can’t dress it up. I’d never have a Caesarean — I think it’s the most horrible thing. I hear it’s like someone is doing the washing up in your stomach. The thought of being awake while someone cuts you open is my worst nightmare. On the weight she’s gained during this pregnancy:

C: I have put weight on but I’m not worried about it. I had McDonald’s at the start, but I’m eating better this time, things like chicken and broccoli for dinner. I don’t have any cravings but I had an urge for a pineapple upside-down cake the other day so I made one. I didn’t eat the lot — I ate half during Strictly Come Dancing and then took the rest to my sister’s the next day! This time around I haven’t put so much weight on in the face. It’s more around the arms and hips, which apparently means I could be having a girl.

On what a chatterbox son Charlie is:

C: He loves chatting. His first words were Mummy and Daddy, followed by chips, cakes and cookies. You can tell he’s my son!