Actress Hilary Duff was spotted out and about in New York City on Monday, January 18th. She and husband Matthew Koma expect their second child later this year. They are already parents to daughter Banks Violet, 2. She is also mum to son Luca Cruz, 9, with ex-husband 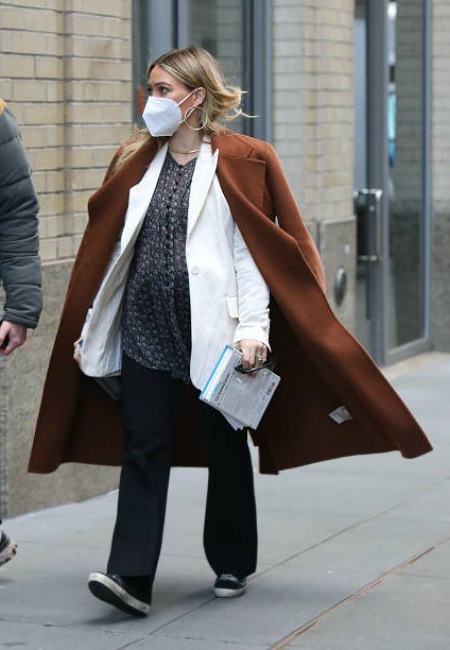 Mis-Teeq’s band member Su-Elise Nash and boyfriend Ryan St David Jones are expecting their first child together — a baby boy! The 39 year-old singer shared their happy news via Instagram and accompanied the post with several photos of her growing bump. She wrote:

@ryanstdavidjones The butterflies you give me have turned in to little feet…and just like that our new adventure has began. We can’t wait to meet our baby son. 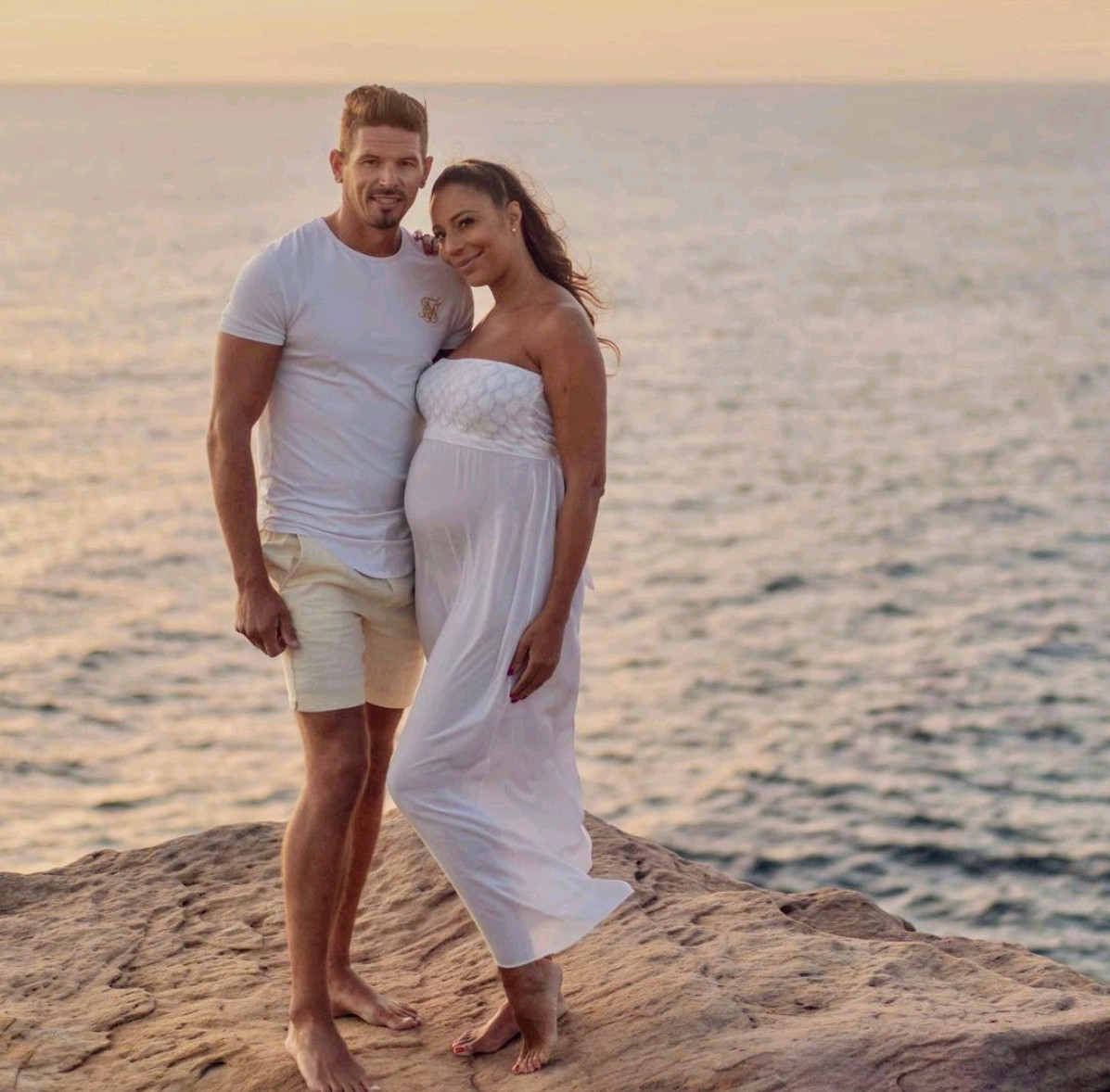 Reality TV’s Alexandra ‘Binky’ Felstead recently shared a photo of her ever growing baby bump and alsào revealed that she and boyfriend Max Darnton have their baby boy’s name already picked out. However, despite the revelation, the 30 year-old was still keen for fans to send her name suggestions and potential guesses as to what name had been chosen for him. She wrote:

We are pretty certain we already know our baby’s name, but would LOVE some more suggestions/guesses please? #babynamesuggestions #babyboy #baby

Baby on the way will be the couple’s first child together. Binky is also mum to daughter India Elizabeth, 3, with ex-boyfriend Josh ‘JP’ Patterson. 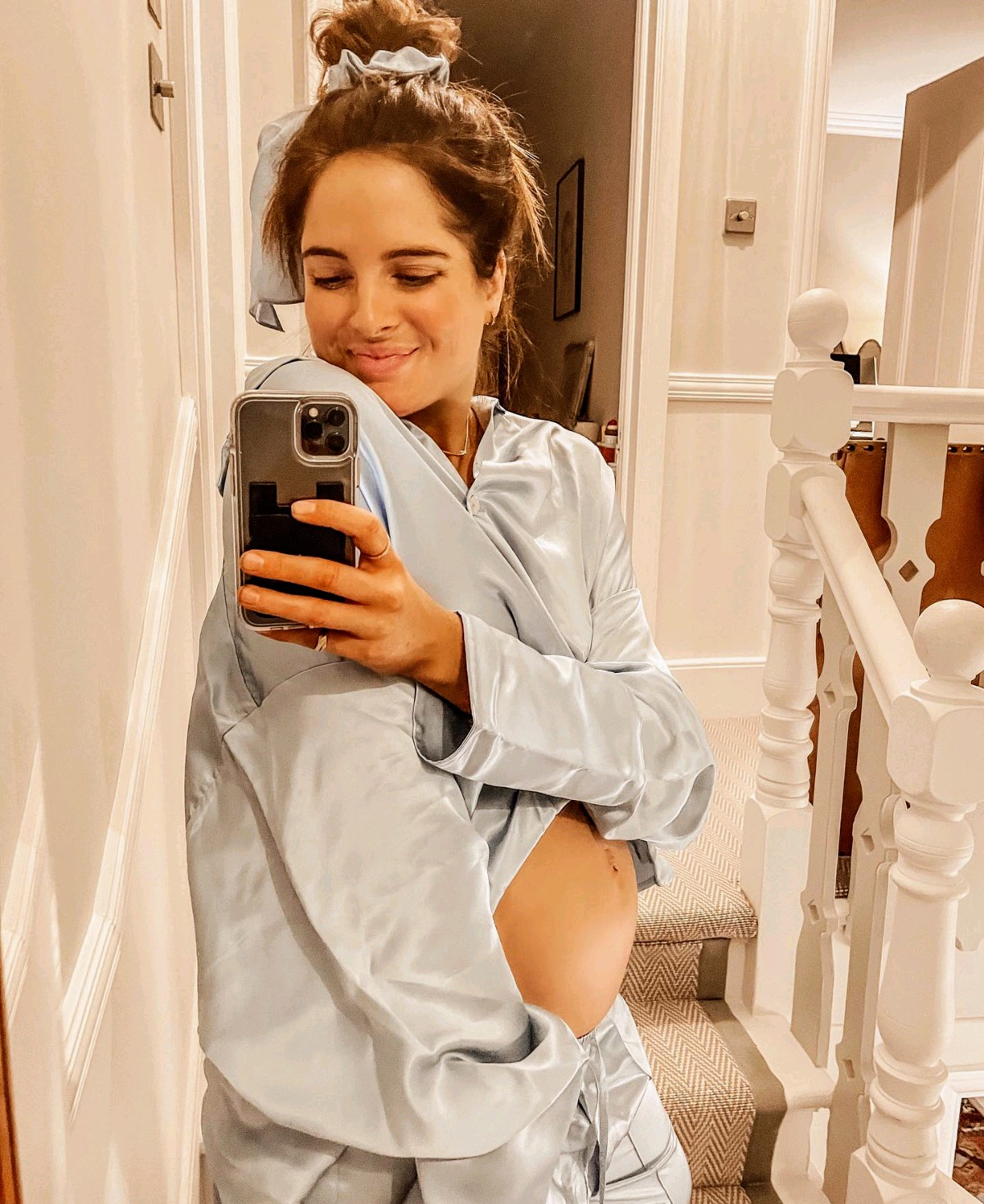 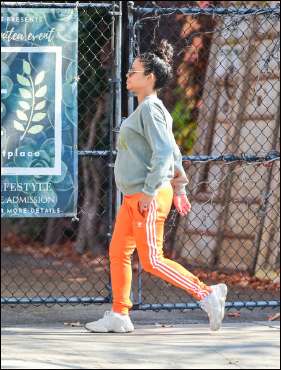 Strictly Come Dancing professional Ola Jordan showed off her growing bump before she headed off to the LSC Rugby Legends Charity Ball at Grosvenor House Hotel in London on Thursday, October 31st She and husband James expect their first child together in March 2020. 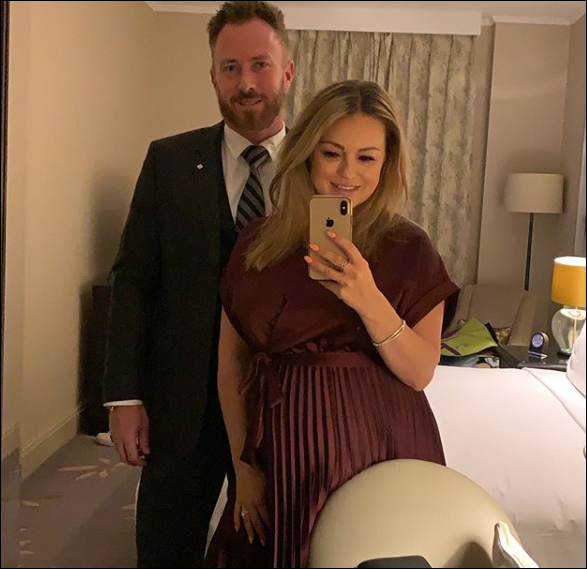 Amy Willerton channelled her inner Kylie Jenner when she chose to dress up as the reality TV star for Halloween on Thursday, October 31st. The model — who is expecting her first child with fiance Daniel Day in late December/early January — also referred to her growing bump when she jokingly captioned the photo:

Happy #Halloween from Stormi and I 🎃 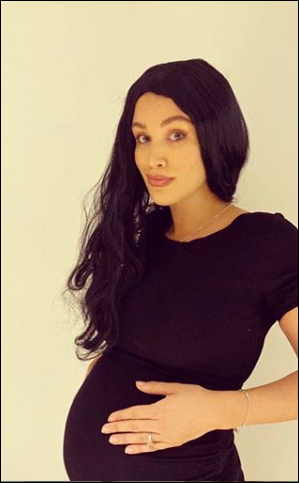 Jamie and Rebekah Vardy chose to dress up as The Addams Family for Halloween on Thursday, October 31st. Children Megan, 13, Sofia, 5 and Finley Jaden, 2 also got into the Halloween spirit. Not present for the photo were children Taylor, 9, and Ella, 10. The pair are expecting their third child together and sixth to join the blended Vardy family early next year. 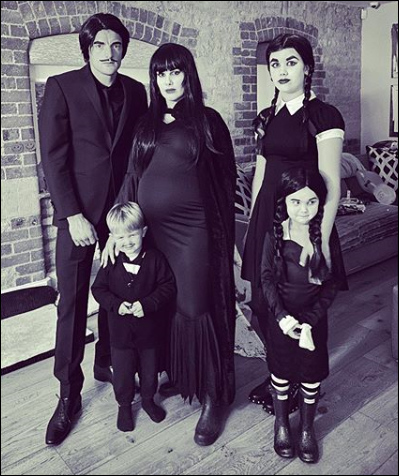 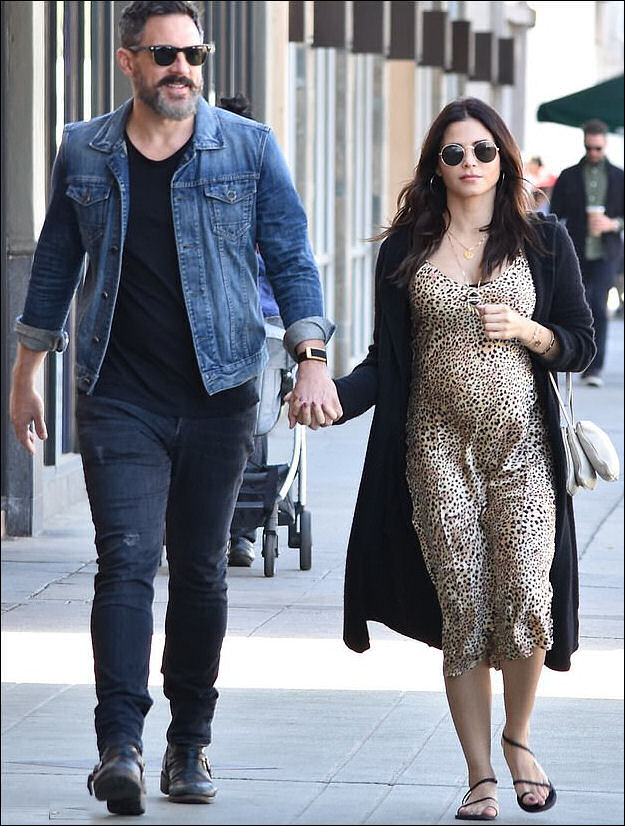 Former Strictly Come Dancing professionals Ola and James Jordan attended The Pride Of Britain Awards at the Grosvenor House Hotel in London on Monday, October, 28th. They expect their first child together in March 2020. 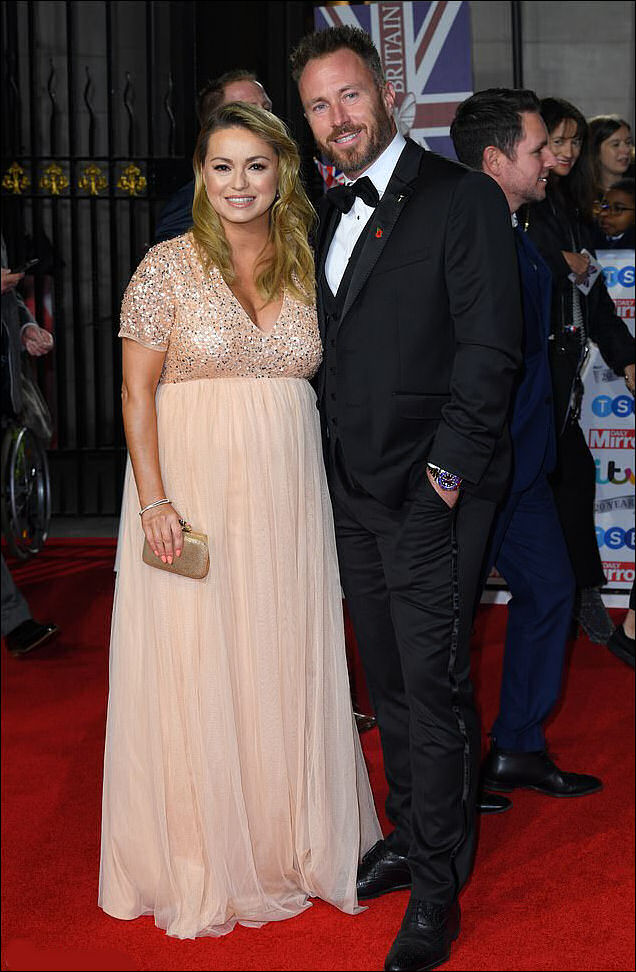 Former The Only Way Is Essex star Lucy Mecklenburgh wore a bespoke teal silk chiffon and embroidered tulle gown designed by Suzanne Neville to The Pride Of Britain Awards at the Grosvenor House Hotel in London on Monday, October 28th. She and fiance Ryan Thomas expect their first child together — a boy — in 2020. 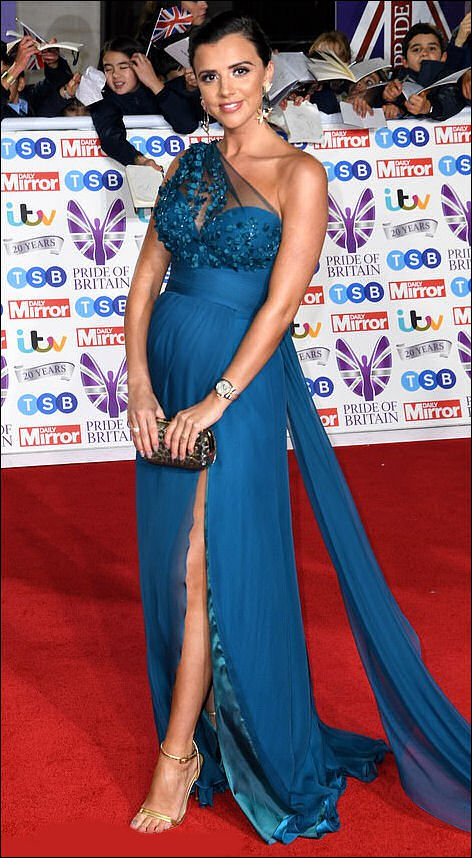 Wearing a white floral dress that kept her bump under wraps, actress Jenna Dewan and daughter Everly Elizabeth Maiselle, 6, were spotted heading out for juice in Los Angeles on Saturday, October 26th. She and boyfriend Steve Kazee expect their first child together next year. Everly’s dad is fellow actor Channing Tatum. 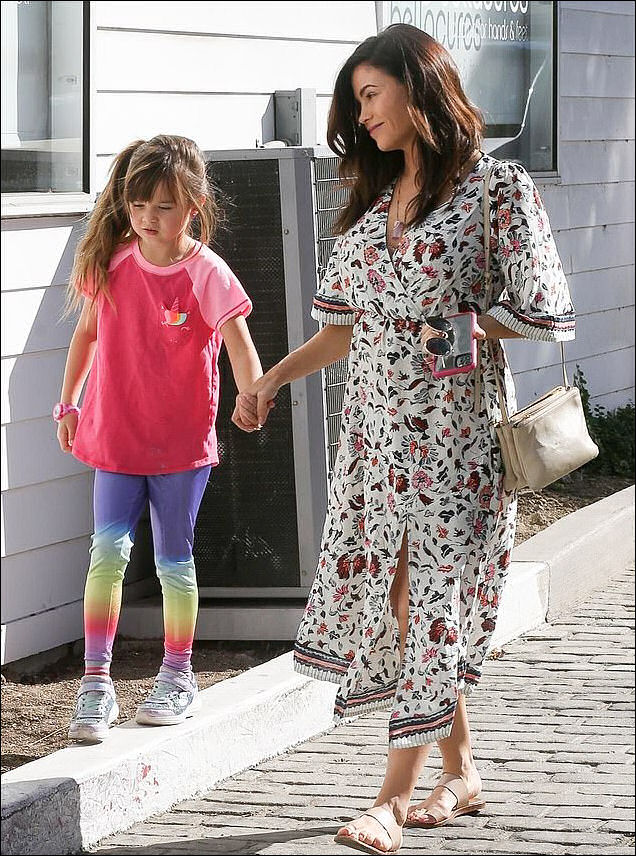 It still fits! Not one to shy away from a dare, Olympian Shawn Johnson squeezed in to the exact leotard she wore during the Beijing Olympics in 2008 on Friday, October 25th. The gymnastic is currently 40 weeks pregnant with her and husband Andrew East’s first child. She wrote:

… fits a little different these days 😂 @andrewdeast dared me too hahah 40 weeks preggers. But no joke… this babes is already more rewarding than any medal was. BABY! GET HERE ALREADY! #pregnant #gymnastics 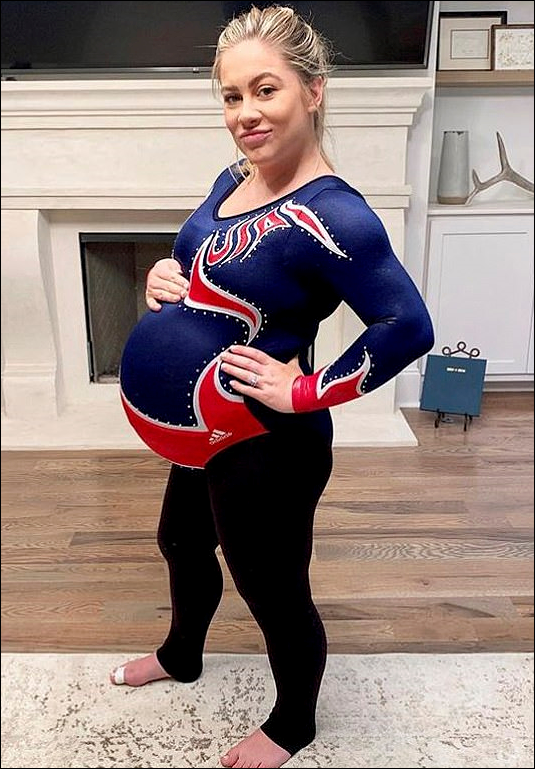 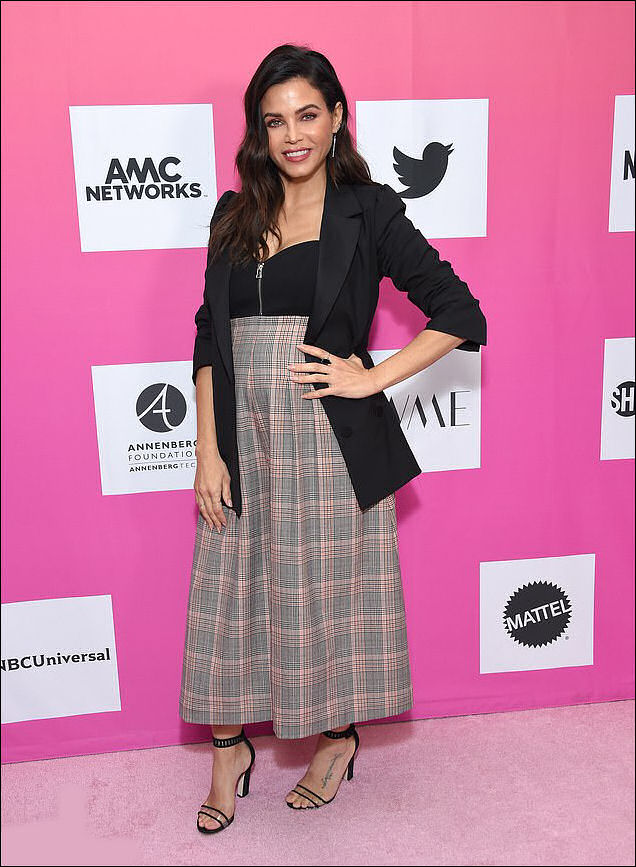 Actor James Van Der Beek and wife Kimberly were spotted meeting up with a friend for lunch in Beverly Hills on Thursday, October 24th. The pair recently revealed they were expecting their sixth child next year. They are already parents to children Olivia. 9, Joshua, 7, Annabel Leah, 5, Emilia, 3 and Gwendolyn, 16 months. 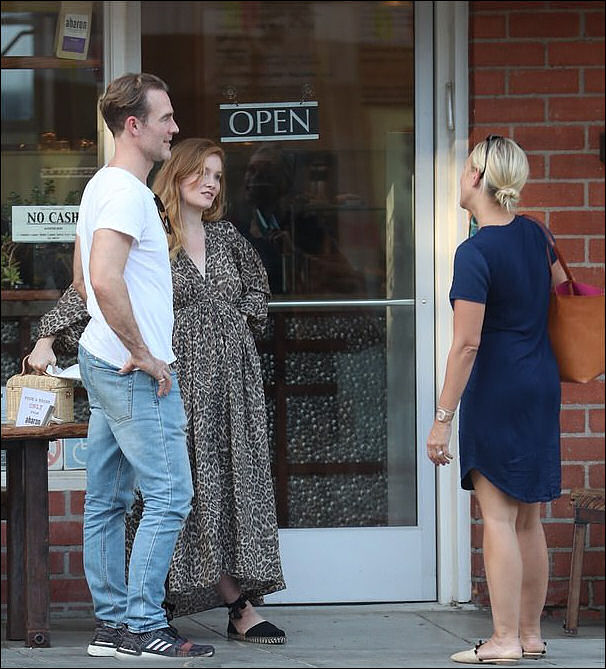 Countdown host Rachel Riley and Pasha Kovolev are currently awaiting the birth of their first child in December and by the looks of it baby on the way has already been inundated with gifts ready for his or her arrival – thanks to generous fans and numerous companies.

Taking to Instagram to thank everyone for their generosity Rachel revealed that she and her husband are extremely grateful for everyone’s kind heartedness and as a result they’ll be donating money to the charity Tusk. She wrote:

This baby’s incredibly lucky it’s already been given so many gifts by generous companies and lovely Countdown viewers. 💕 Pash and I are very grateful and the last people who might need freebies so to pay it forward will be donating money to charity as a thank you. There’s definitely a wildlife theme here so @tusk_org seem like a worthy recipient!

It’s the colour blue for Nadia Essex! The former Celebs Go Dating coach held a baby shower at London’s Mayfair on Wednesday, October 23rd where she revealed to guests that she’ll be welcoming a baby boy in 2020 and not a baby girl like she’d originally convinced herself — despite three sets of psychic telling her it was team blue beforehand.

OK, I just found I’m having a boy! The three psychics were right including Sally Morgan, celebrity psychic herself. She called it was a boy and it is a boy!

Despite being in slight shock with the gender reveal result the 37 year-old is ‘really excited’ with the news but admits it’s going to take some getting used to.

I wasn’t expecting a boy, I genuinely thought it was going to be a girl. I don’t think it has sunk in! I have no boys names, I know nothing about boys and boys bodily functions and baby boys, but I am actually really excited.

I am looking forward to a brand new chapter and having a little baby boy and bringing a wonderful human being onto this planet because he is a true gift!

Actress Jenna Dewan was spotted out an about in New York on Wednesday, October 23rd 2019. Starting to get in to the Halloween spirit she kept her bump concealed as she wore a sparkly, orange maxi dress that was teamed up with a pair of matching boots. The 38 year-old is expecting her first child with boyfriend Steve Kazee in 2020. She is already mum to daughter Everly, 6, with ex-husband Channing Tatum. 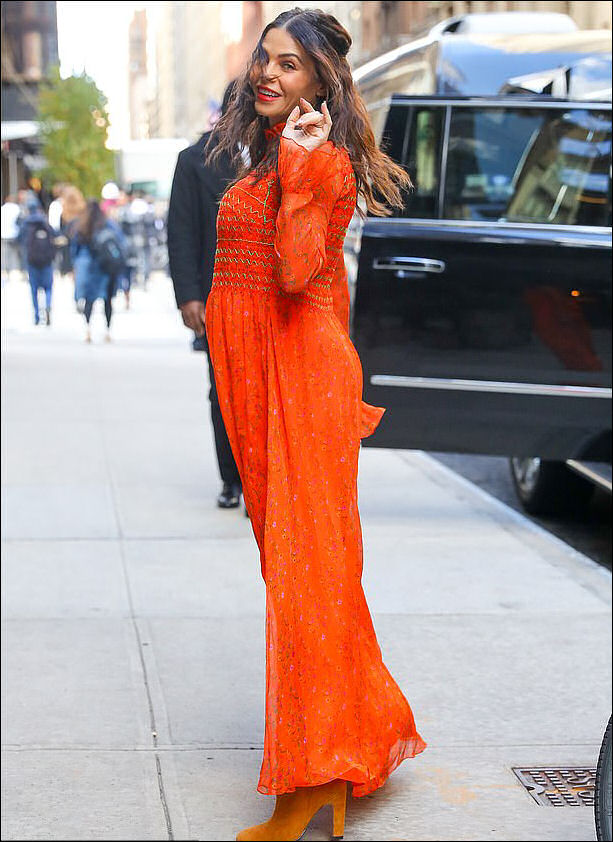 With their baby daughter’s due date fast approaching, Irish model Jeremy McConnell and girlfriend Katie McCreath have revealed they’ve finally finished getting the nursery ready for her arrival. Decked out with a beautiful white cot, a matching white ornate chest of drawers and wardrobe set, and soft satin pillows, Jeremy couldn’t wait to share the finished result. 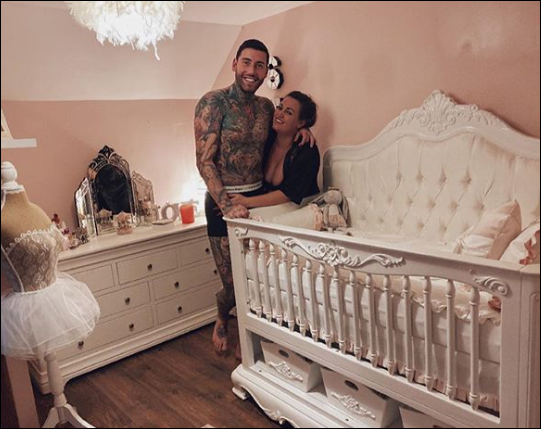