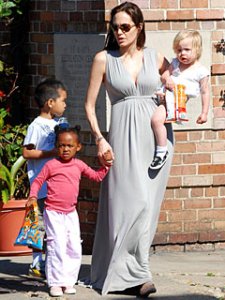 According to reports, Marcheline Bertrand — the late mother of actress Angelina Jolie — has left $100,000 each to grandchildren Maddox Chivan, 8, Zahara Marley, 5 on Friday, and Shiloh Nouvel, 3. Siblings Pax Thien, 6, and twins Vivienne Marcheline and Knox Leon, 17 months, don’t feature in the will as they arrived after the 56-year-old’s will was last updated.

Maddox, Zahara and Shiloh will each be entitled to the money when they turn 25. Marcheline passed away from ovarian cancer in January 2007.

One thought on “Angelina Jolie Leaves $100,000 Each To Maddox, Zahara and Shiloh”