Designer Vern Yip has kindly released several photos of his and husband Craig Koch‘s newborn son Gavin Joshua Mannox, who was born via surrogate on January 6th. And although he is only 2 weeks old — he’s already a veteran flyer. Says Vern:

This kid was born to travel …We’re already planning our first trip with him to Asia!

The 41-year-old also revealed that Gavin’s nursery has an Asian feel to it which celebrates worldwide cultures.

The nursery is unlike any other nursery I’ve ever seen before and very reflective of us. Lots of things brought back from trips to the most remote corners of the world. We really want our son to grow up aware of different cultures.

It’s based on a story that a monk in Bhutan told us during our journey there and features all four of our dogs. 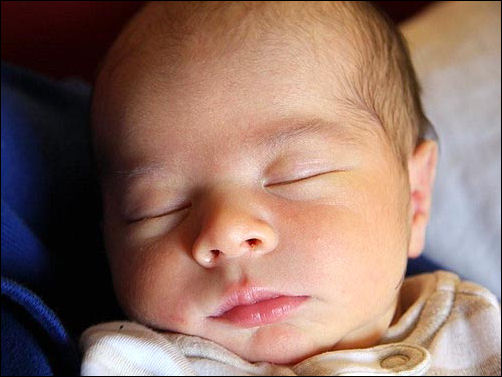