Vincent Simone may not have won the Strictly Come Dancing trophy this year but he has another reason for beaming from ear to ear — his “little angel” son Luca William, 5 months. The 31-year-old and girlfriend Susan Duddy — who have just celebrated getting back together — held the christening at the 18th century Grosvenor Chapel in London’s Mayfair. With Vincent being Italian, all the stops were pulled out for the day as christenings are “a big deal for us.”

Guests included Vincent’s former Strictly partners Rachel Stevens, Louisa Lytton and Jo Wood. Judge Len Goodman, dancers Flavia Cacace, Erin Boag, Darren Bennett and Lilia Kopylova were also in attendance. Vincent’s family flew all the way from Italy for the occasion, while Susan’s family travelled from Northern Ireland — her Grandad even boarded a plane for the first time to make sure he didn’t miss out on the big day.

Flavia Cacace, who is not only Vincent’s professional partner but also his ex-girlfriend and now good friend says she couldn’t be more happier for Vincent and Susan

I’m so pleased for them both. He has been holding Luca up in the church like a little trophy.

Vincent’s changed since becoming a dad. He’s mellower and a real family man. Luca is the first Strictly baby. 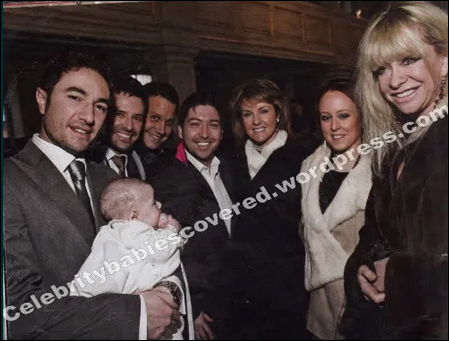 During the service — which was held by Canon Mark Oakley who said he’d worn “his best frock today because I thought Vincent would approve,” and called Luca “a bundle of joy, a miracle,” — Luca’s godparents  who enlisted of Susan’s three brothers and Vincent’s sister, all marked a sign of a cross on his forehead with holy oil. And even though Vincent was raised a Catholic and Susan a Protestant, Canon Oakley explained that baptism was recognised by all Christian faiths.

I felt so emotional — I couldn’t look at my mum because it would start me off. 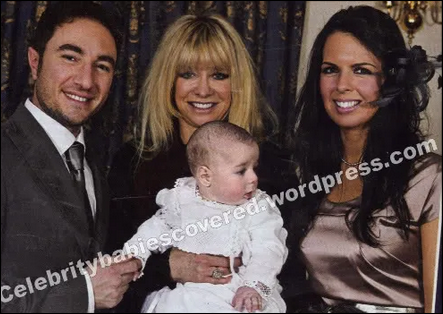 After the service guests moved on to Chesterfield Mayfair Hotel in London for the reception where the proud dad admitted to being so nervous just before Luca’s big day despite often dancing on live TV.

I was completely out of my comfort zone — dancing on live TV is much easier. Even though the pair are now back together romantically, Susan admits forgiving Vincent for his affair while she was pregnant hasn’t been easy.

When I moved back I had postnatal depression and had to get rid of resentment and anger. Now I can try and move on. I have days where I think about things but I want this to work — and I love Vincent. The 37-year-old credits her son and her faith for getting her through her darkest, most difficult times.

Luca’s the reason for me to get up in the morning. I have a great belief in angels so I’ve always had spiritual things to keep me going.

One thing she can say for her boyfriend though is that he is an amazing dad and so “great,” with Luca, but tends to make him hyperactive when it comes to settle down for bed.

They’re a bit naughty together. Vincent will start playing with him at bedtime when I’m trying to calm him down. So I’m going to have some trouble.

Susan’s the best mum I’ve seen. She’s so gentle with him, so attentive and Luca makes me a better person. Having Luca is a bigger commitment. But it would be nice for him to have married parents because it would create more security for him. We’ve talked about marriage. It’s something we want and we hope our relationship will strengthen to the stage that it’ll become the next natural step.

We’re getting there. We’re trying to be positive and look forward. We’re hoping for a happy ending for everything.

I’d like Susan to rebuild her trust in me before we tie the knot. If we get married, I want it to be for life.