TV presenter and actress Denise Van Outen has recently been cast as hairdresser Paulette in the stage production of Legally Blonde at London’s Savoy Theatre and just before her debut performance she took some time to talk to Hello! Magazine about life with baby daughter Betsy, 6 months.

On what sort of mum she thinks she is:

Denise: My friends say I’m quite chilled out. I just do what I think is right. I don’t really get stressed. I never did that thing of checking weather she was breathing.

On if parenthood is what she expected it to be:

D: Even though I’m tired and it’s hard work, I never get  angry about it. If Betsy wakes me in the middle of the night, I still go back to bed with a smile on my face. But if [husband] Lee woke me, we’d have a massive arguement! It’s an unconditional love — your child can do no wrong.

On how Denise manages motherhood and her role as Paulette in Legally Blonde:

D: Really well. I’m at home all day and leave about 5:30pm. Betsy goes to sleep at 7pm so really the only thing I’m missing is her bedtime bottle. And on Saturdays my mum can bring her in between performances.

On Lee as a father:

D: Betsy loves her daddy and he gives her a lot of attention. He sings to her and she melts. He’s a good dad, and we share everything. It’s good that I can go to work and not stress.

On how Lee bonded with their daughter when Denise was on a nine day trek along the Inca trail for Breast Cancer Care:

D: He had the most amazing week with her. He said: ‘I really feel that I’ve bonded with her now.’ He was honest about the fact that he found the first three months quite hard. Because you’re a mum, you naturally do everything, and sometimes dads can feel a bit pushed out.

On how Denise coped going nine days on the trek without Betsy:

D: My mum stayed with Lee for a couple of nights and he took time off work, so I knew Betsy was going to be well looked after. We had no mobile signal on the trek, which made it easier in a way — if I had called home, it would have triggered an emotion.

Also we were with an amazing group of women who are undergoing treatment for breast cancer — we called them our VIPS. It felt wrong to complain about being away from my child for one week when they had to have hospital treatment that took them away from their children.

On the backlash she had for stopping breastfeeding after a month:

D: It’s a really weird time for women to have a go at other women. Each to their own; everyone brings up their child their own way. There is no right or wrong.

On the NHS sending a letter once they’d found out Denise had stopped breastfeeding:

D: The letter said: ‘We’re really upset to hear you’ve given up breastfeeding, and perhaps if Lee had been more supportive…here’s a mug for Lee to make you tea in.’ They had no idea what my mental state was — I could have been really depressed. And they also said: ‘Did you know breastfeeding can help you lose the baby weight?’ A lot of women have thanked me for speaking out because they felt a failure for not breastfeeding.

On the best thing about motherhood:

D: Just the fact that you laugh every day. There’s always something that they do…you wake up smiling.

On her plans for more babies:

D: My friends say that when your baby gets to one, you start thinking about having another. But at the moment I don’t know how I’d manage. 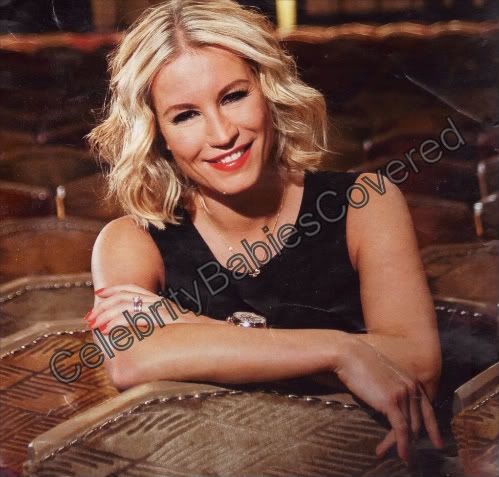