Inside the pair talk about their now life as a family, Coco’s birth, choosing her name and the array of present received.

To read the interview and to see more pictures click

On getting to give birth to Coco naturally:

Terri: I went in to labour and started getting contractions at 1am and Coco was born at 3pm. I definitely wouldn’t describe it as easy, but it could have been a lot worse.

I was over the moon there wasn’t a Caesarean, to be honest. At one point they were worried that I would need one as I’d been pushing for a long time. But things came together and it went as planned.

I pushed for longer than my doctor had wanted, but in the end beautiful little Coco was born safe and sound.

Clark: I was quite calm all the way through, to be honest because Terri was so calm. I guess because she had been pushing for such a long time and I could see it wasn’t easy for her, the last part was a little more stressful.  I was very pleased she didn’t have to be rushed in for a C-section. That would have been scary for me.

T: All my girlfriends had told me before that you cannot describe the experience of giving birth and they were right. It was very surreal and no matter what people tell you, words can’t really describe it. I’m actually so thankful I got to experience it. T: They had told us to expect a baby in the low 7lb mark and she came out at 9lbs.

One of the nurses started gasping and making a fuss when she was coming out and I immediately started to panic and asked, ‘What’s wrong?’ but the nurse just came back and said, ‘She’s massive.’ Now we all have a big chuckle about that.

I can’t actually believe I had a 9lbs baby. It’s pretty crazy, but then Clark’s grandmother told me he was 10lb when he was born and I was 8lbs 14oz, so we were both pretty big 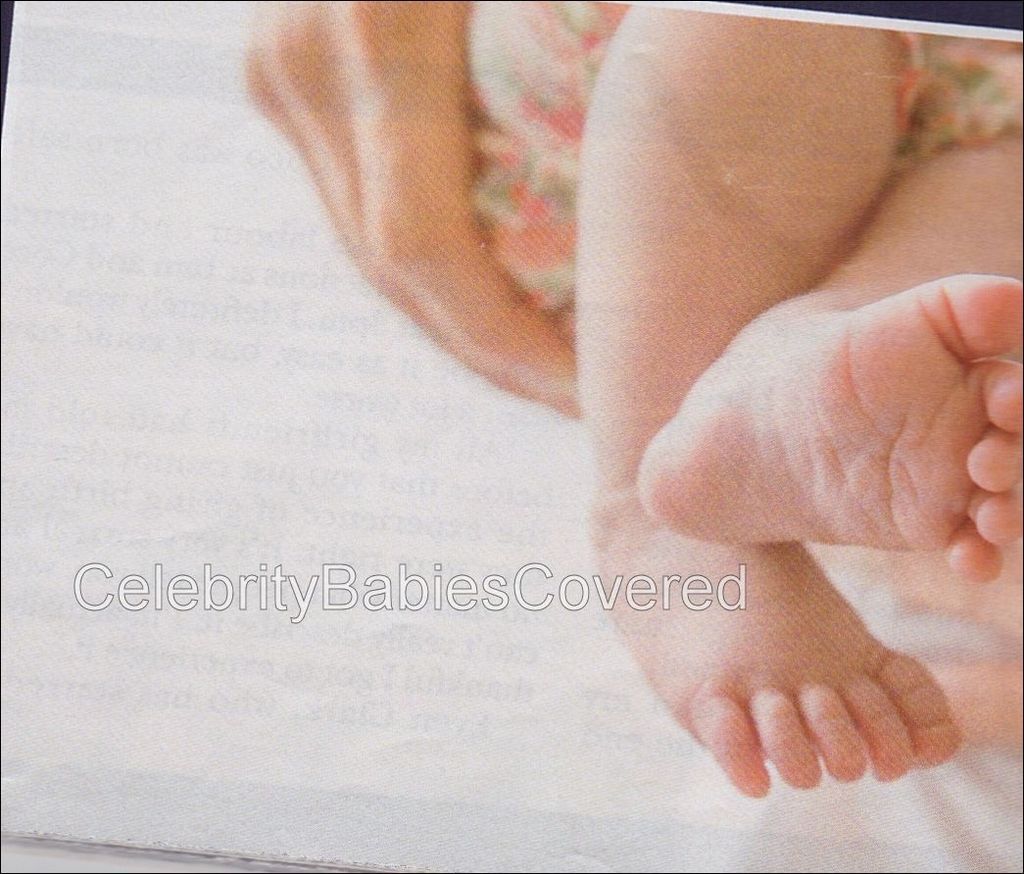 T: We pretty much called her Coco as soon as we found out we were expecting a girl. Clark was calling my bump Coco from the very beginning and then towards the end we said we were going to wait and see what she looked like.

C: We thought about other names but by the time she was actually born, I’d been calling her Coco so much it would have been strange to change her name 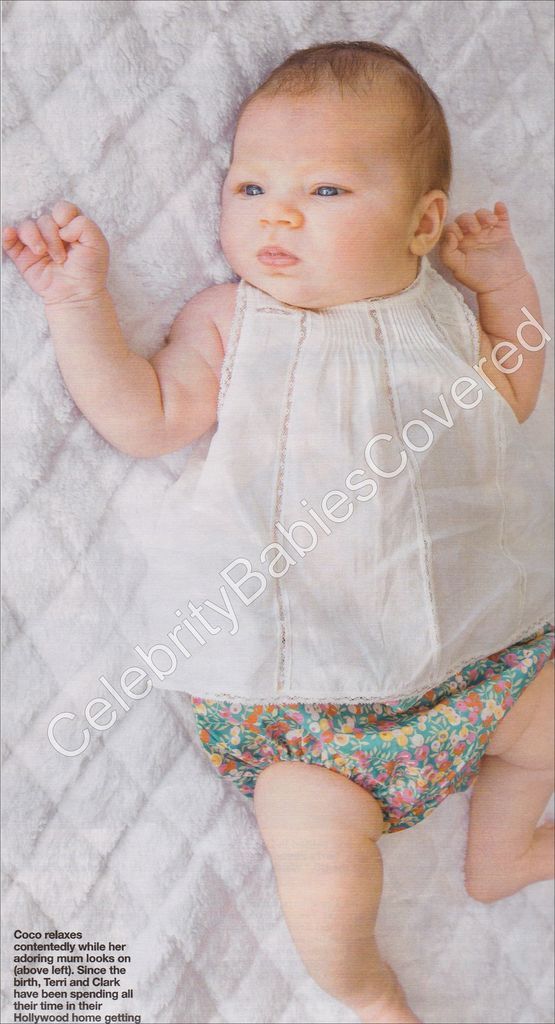 On how they’re adjusting to parenthood:

C: I really didn’t know what to expect. I guess I was nervous about the whole thing, but it’s surprised me how natural the whole experience has been for me. It’s overwhelming, but it’s felt very natural and normal to become a father.

T: The lack of sleep is obviously a shock to the system but because she’s so good and happy all the time, Clark and I really don’t mind. 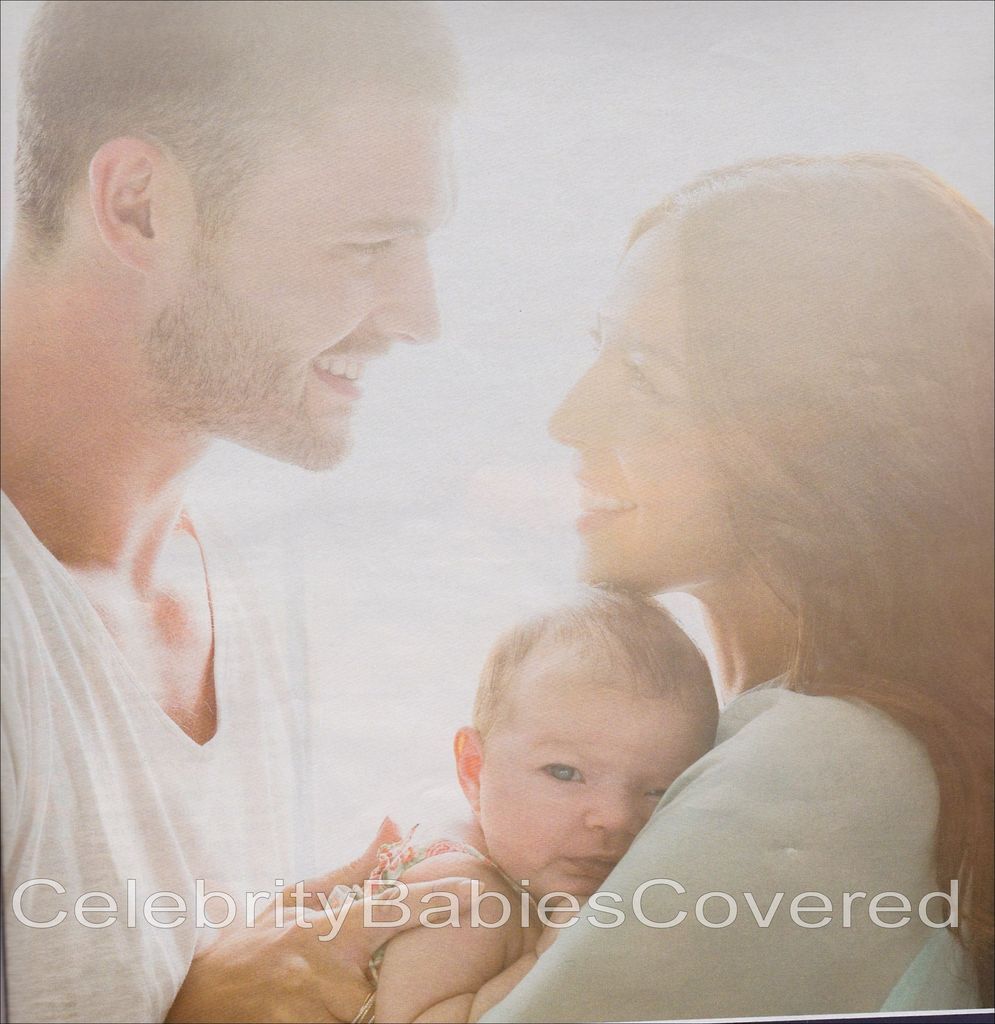 On what type of baby Coco is:

T: We are incredibly lucky. I don’t want to speak too soon but so far, she’s been such a good baby, so peaceful and calm. She only cries when she’s hungry and other than that she’s extremely content. It’s been a really amazing few weeks getting to know her. She’s an incredibly happy baby.

On where they’re planning on raising Coco:

C: We have to decide weather we want to raise her in the UK or US. That’s a decision we have to make at some point in the future.

T: A friend of mine called and told me to put Coco’s name down for schools now. I think I definitely want to put her down for a school in the UK. Having our family here [from the UK visiting Coco] has really made us think about coming home and how much we are missing them. It was the hardest thing ever to say goodbye to my mum when she left. 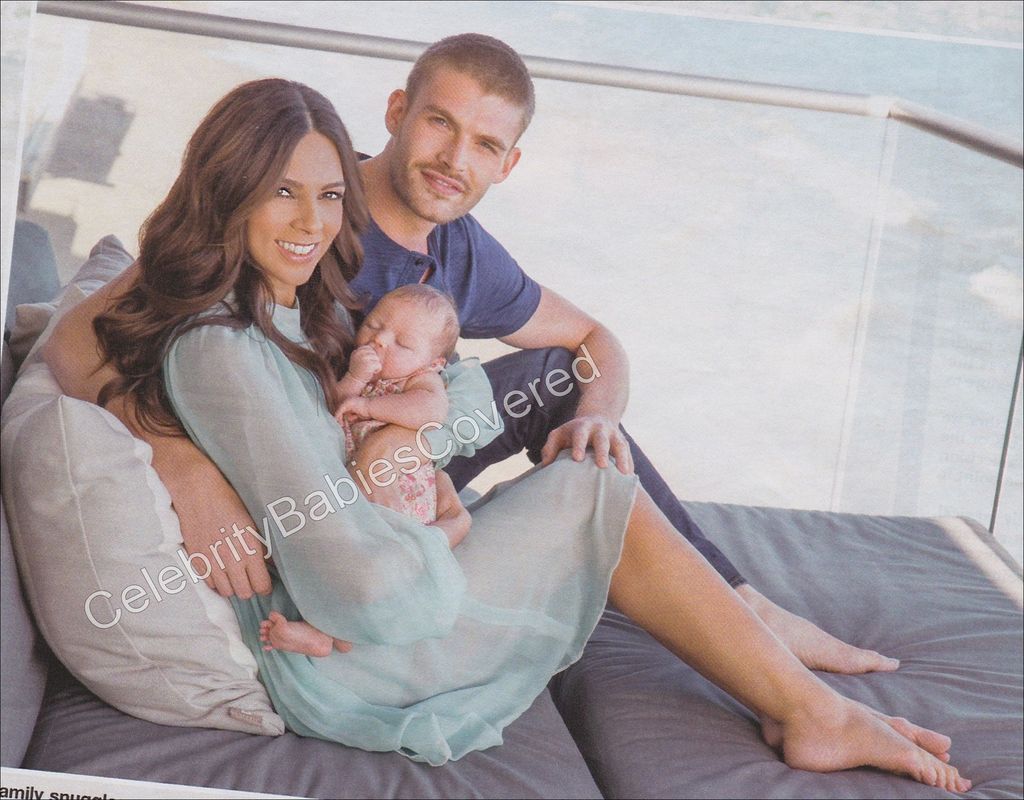 On being thankful for being able to experience being Mum:

T: I was diagnosed with systemic lupus when I was 15 and then, in my early 20s, I was rushed in to hospital with peritonitis, which was a really terrible experience.

My bowel burst and they told me I may never be able to have children. That was a very hard realisation to face when you’re so young.

I guess I spent a lot of time in my 20s and 30s wondering weather it would even be able to happen. Now I feel so lucky to be a Mummy. 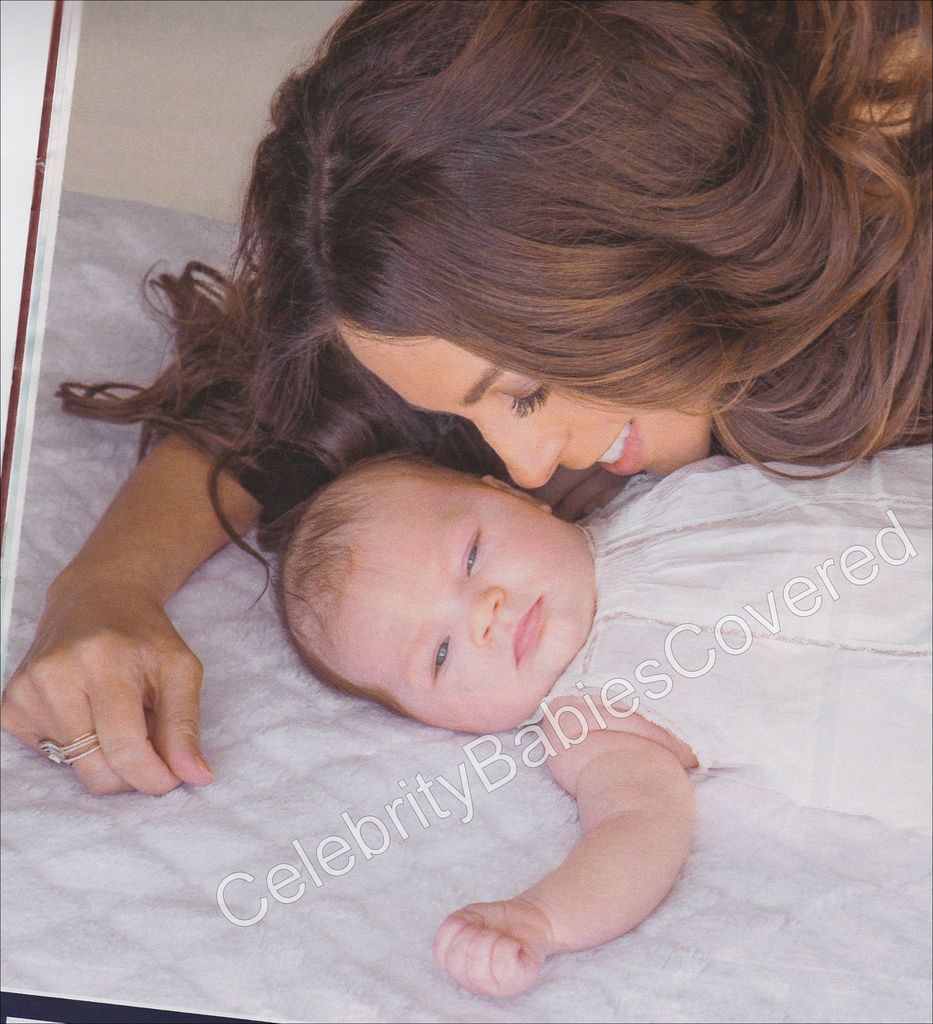 T: Breastfeeding has been an amazing experience. I was a little worried I wouldn’t be able to  – you never know how it’s going to go. It’s like our special little time together. 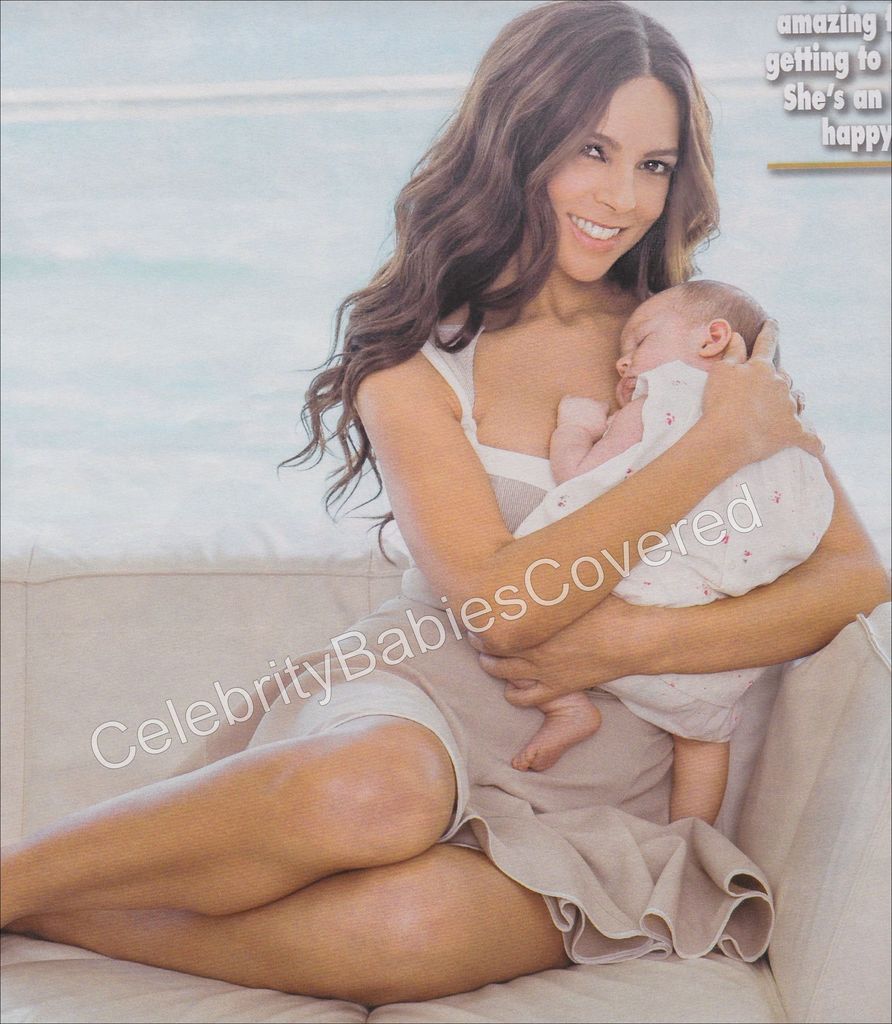 On getting her pre body weight back:

T: I definitely feel I need to get in to the gym at some point and tone things up a bit and, as you know, I’m not a big fan of the gym. I’m quite happy being in bed with Coco and eating chocolate digestives. It’s all about our little munchkin Coco and right now that’s all we care about.

It really isn’t a huge priority right now. I’ve found breastfeeding is doing a pretty good job of that anyway. There’s no doubt having a baby has changed my body, but I’m back into my normal-sized clothes, just about. 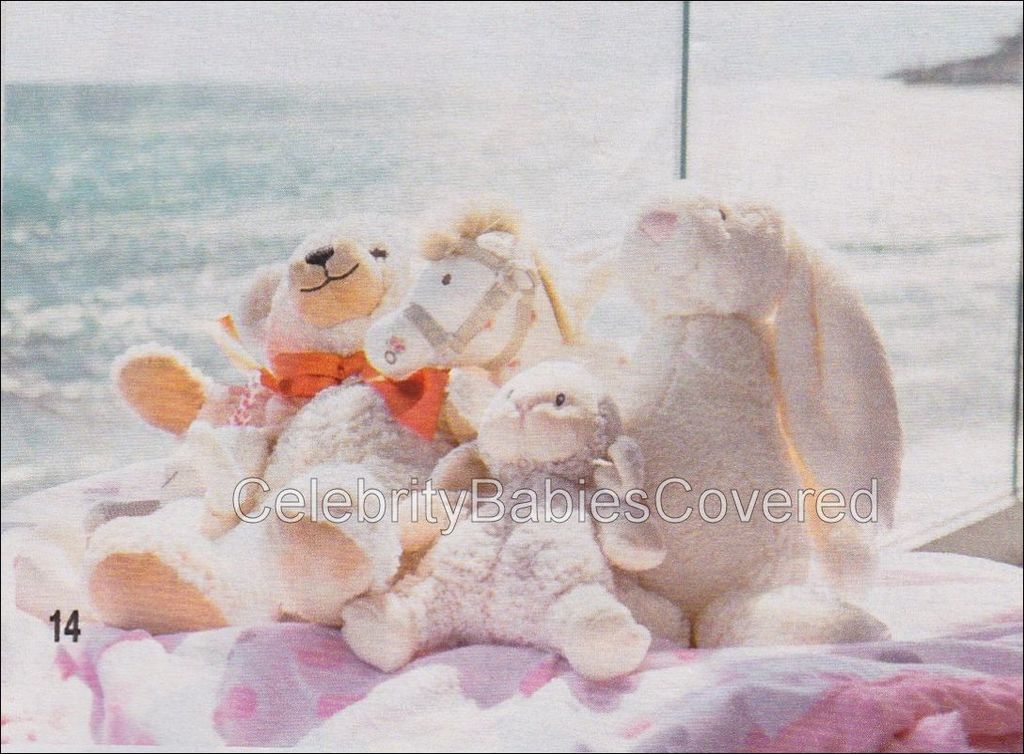 On of Coco’s array of gifts:

T: We’ve honestly had the most amazing gifts, cards and messages from everybody. It’s been almost overwhelming and I must apologise for not getting back to people yet.

I have to thank Sharon Osbourne, too. She sent over the most beautiful clothes for Coco – one was a stunning little dress with cherries all over it. She’s always so generous with her gifts and I’m always amazed. She has a great eye. Sharon and Kelly will be coming over to meet [Coco] too.

On Coco’s love of music:

T: It’s really strange she loves Ed Sheeran when we’ve been playing his album [because] one of the last interviews I did before I started my maternity leave from work was with him. I like to think there’s some sort of connection there. 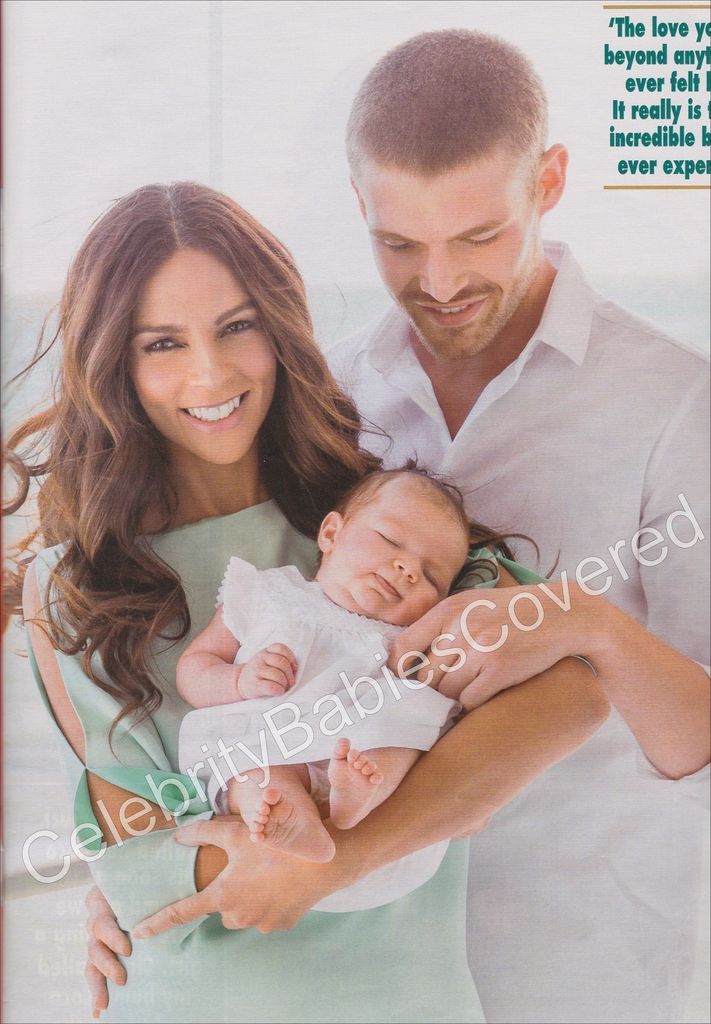