“After watching the Jungle Book 1000 times we have moved on to the Lion King.” 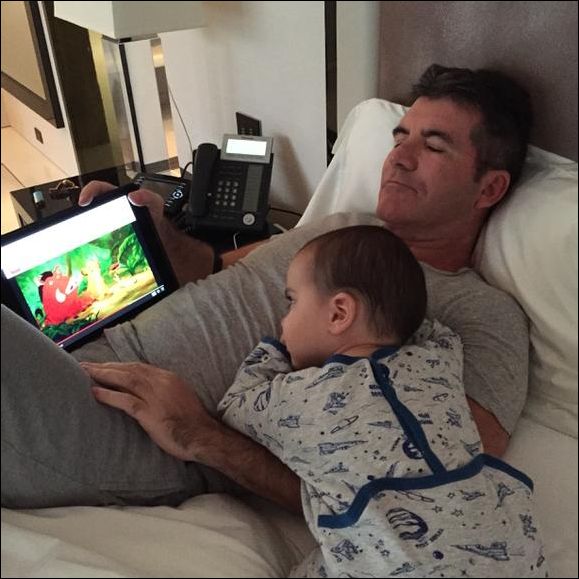 Despite Eric being born in to a comfortable lifestyle, 55-year-old Simon says he intends to make sure that his son doesn’t turn in to a “brat”

“I am going to make sure we teach him manners and to not talk down to people. I’m terrible at discipline but that’s all basic stuff.

And the first thing I said to Lauren is we’ll teach him to always be kind to animals.

I’ll teach him the value of money. That’s what my mum and dad did with me. When they paid for holidays we had to earn our own spending money. When I was about eight I used to clean cars and mow lawns. And I used to love it. I do think it is important that you earn your own money. I had that instilled in me and Eric will have the same.”

The music mogul also hasn’t ruled out expanding his family with girlfriend Lauren Silverman – who already has son Adam from a previous relationship.

“Myself and Lauren want to have more children of our own but we could adopt as well. I wouldn’t rule out it happening. It’s a good idea. I’m beginning to warm to the idea of adopting.”