Welcoming a new baby in to the family is always a joyous occasion and while welcoming son Wilbur, 10 months, was a joyous event for presenter Kate Silverton and her husband Mike Heron — it didn’t prepare her for the effect it would have on her relationship with her now 3-year-old daughter Clemency Florence Rose.

“I couldn’t have been prepared for the amount of love I felt for my little boy, having been so overwhelmingly in love with my daughter.

“I wasn’t prepared to feel so protective of him – sometimes even at the expense of my daughter’s feelings. Neither was I prepared for the guilt I would feel at spending my time trying to be the same sort of mother to Wilbur as I was to Clemency.

For Clemency — having to share her parents with a younger sibling was a hard adjustment and often resulted in several temper tantrums.

She had more tantrums than ever before – when they can’t express their feelings verbally, a child will typically resort to physical expression: screaming, crying or, in some cases, hitting. My patience was stretched at times and I found myself saying “no” to her more often than I should.

To read more and to see a bigger photo please click

It’s the psychological effect on her daughter that has piqued the 44-year-old’s interest – resulting in her taking up the opportunity to study cognitive child development.

“Having done some research into it, I realise how it must have felt to her. Her entire world had been turned upside down; she felt she’d “lost” me and was having a tough time making sense of it all.

“Clemency had us exclusively – our full attention and love. Wilbur will only ever know life with an older sister in tow and parents who split themselves between him and her.”

Kate said she managed to combat Clemency’s feelings by gently explaining things to her.

“I found though that by staying with her at nursery with Wilbur for a period and gently explaining over and over that her brother was just a baby and could not do things by himself that things started to turn around. 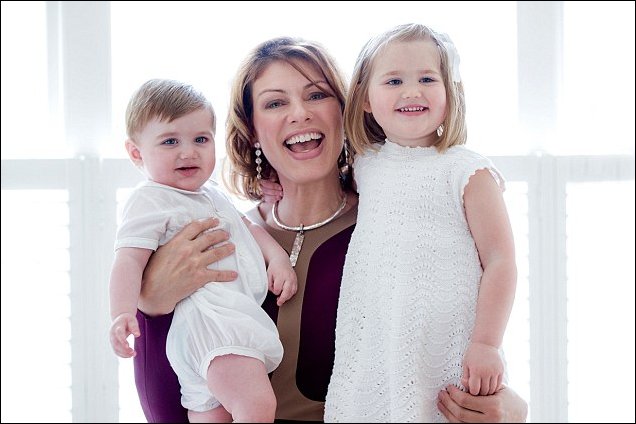