On finding out that she was pregnant:

Amy: It was during a routine doctor’s appointment. The doctor did a couple of tests and said: “Do you know you’re pregnant?” My jaw hit the floor. It was a complete shock. I was about 7 weeks pregnant at the time. I needed a [few days] processing time. Discovering you’re going to have a baby is a life-changing moment.

Daniel: I felt a complete rush of emotion — shock, a bit of fear, but the overriding feeling was happiness.

I have an extremely close family, an adorable niece and nephew and close friends with babies. To discover that we were going to have a little one of our own was unbelievable.

On if they can pinpoint when the baby was conceived:

A: The baby was conceived not long after we got engaged in March. It’s definitely the most wonderful engagement present we could ever have asked for. On if they’d previously discussed starting a family in the future:

A: I thought we’d wait until after the wedding to start trying for a family, but now it’s happened — oh my gosh, I’m so excited. We’d just got engaged so had already made the commitment of being together. Now there’s going to be a little person in the mix. I love thinking about how our baby is half me and half Daniel.

On why, despite being so young, the pair decided on having genetic testing for Downs, Edwards and Patau syndromes:

A: There is a history of disabilities in my family, so it was important for me to take the test to be informed about the future.

[My brother] Ross was born with an extra chromosome and has a rare form of autism known as mosaicism. I know first-hand how much abnormalities affect not just the child’s life, but the family’s life and it is something that is forever. With the first lot of genetic testing coming back absolutely fine the couple were told ‘not to worry,’ about the rest as Amy’s age meant that she would be a low risk to anything so they decided to break the happy news to their families. However, days later when further results came back their happy news turned in to a complete fear of the unknown.

A: The results were so serious that we didn’t know weather we could keep the baby or not. We found out the worst kind of information [on Google] and scared ourselves because we learnt that the baby’s lifespan could be incredibly short, so I had to weigh up weather I could handle losing it now or once it was born.

It was a very hard decision, but I soon came to the conclusion that I was keeping the baby. We both agreed we couldn’t let it go.

Thankfully, the pair opted on seeking out a second opinion which included a more specific gene test that would inform the couple of exactly what kind of condition they were dealing with and how severe.

A: [The second test] didn’t detect it. It felt like a miracle. We were told the first result was an incredibly rare false positive. Our unborn baby was in fact, okay. The result was indescribable, but it absolutely made my heart go out to other parents-to-be. left with these kind of decisions. It was the most gut-wrenching thing either of us has ever been through.

Asked what type of parents they think they’d be the 27-year-old thinks they’ll definitely be like big kids.

A: [Laughs] We went to the Trolls premiere and were the only ones there without any kids.

D: With all her experience with her brother and how she’s been raised, Amy is extremely caring, and seeing how she is with the little ones in my family — who adore her — I’ve no doubt she’s going to be a phenomenal mother. With baby on the way due around the end of December, the former I’m a Celebrity Get me Out of Here contestant reveals wedding plans may end up being put on hold but that’s ‘Okay.’

A: We want to get it right. If it happens next summer as we had planned, amazing. if it happens a little later, that’s okay too.

Our wedding is about telling our friends and family that we want to be together forever, and what counts is that our little baby will be with us. That’s really special. 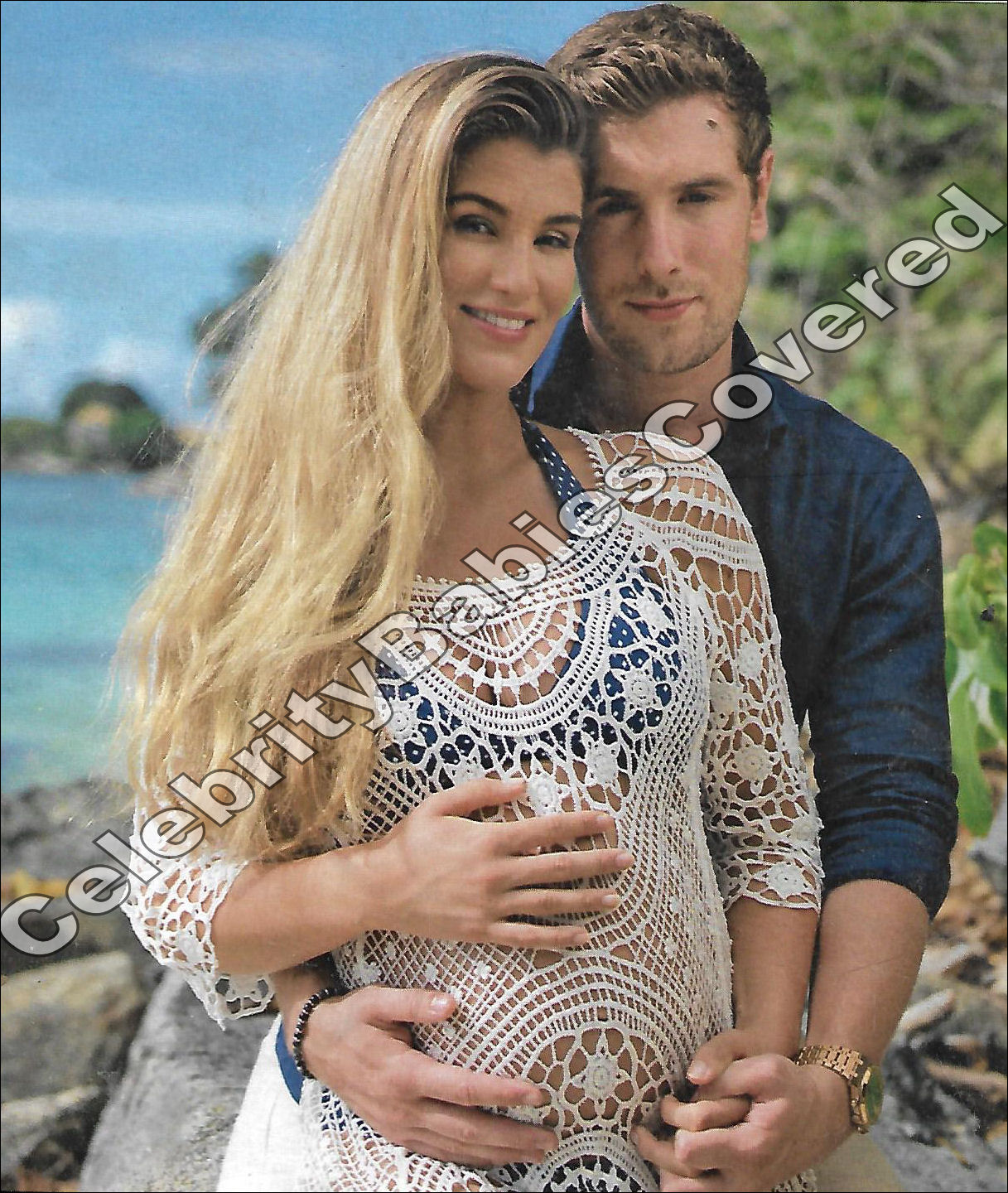