Actress Jennifer Ellison and her fiance Rob Tickle have been hiding a very big secret for a couple of months but they now feel ready to reveal all — Jennifer is 4 months pregnant with the couple’s first child.

Together they talk exclusively to OK! magazine about the pregnancy, their wedding plans and why Jennifer is now feeling healthier than ever.

On how Jennifer his feeling:

J: I feel healthier than ever because I’m not drinking. I’m getting to bed early and I feel absolutely fantastic. In the first few months I was touring and performing on War Of The Worlds every night so I thought I’d struggle, but I’ve loved every minute.

On if the baby was planned:

J: We started trying in September thinking it would take a while, but it happened the first month so we’re extremely lucky. 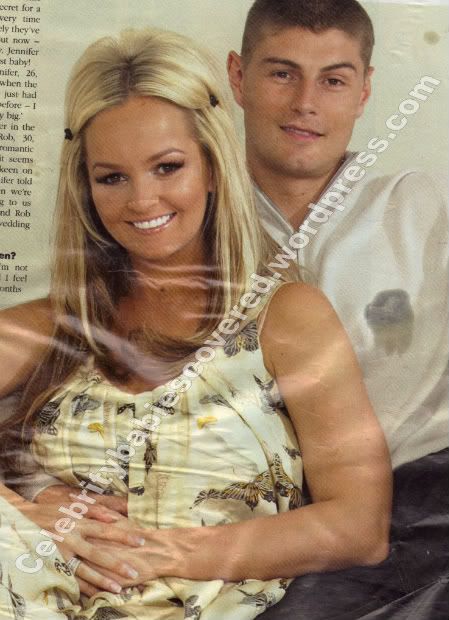 On if Jennifer has already started having cravings:

J: Only for cola really.

R: I’ve been dying to run around after her but it still hasn’t happened.

On weather they will be finding out the sex of the baby:

J: We want it to be a surprise.

R: I’d like a little boy because I’ve already got two daughters but I’m not too fussed either way because I’ll keep having more kids as long as Jen wants them! I love being a dad.

J: I found a kid’s football shirt saying ‘No 1 Tickle’ on the back so we had to get it — just in case it is a boy.

On if Rob’s twin daughters Chloe and Sophie have made him more chilled out about becoming a dad for a third time:

R: It’s not daunting anyway, but I’m in a better position now with it being just one. With the twins, I’d see them half the week and they’d have the other half with their mum. But this time I’ll be able to give the baby a kiss before work and put the baby to bed, and do a lot of the things I missed out on with the girls. 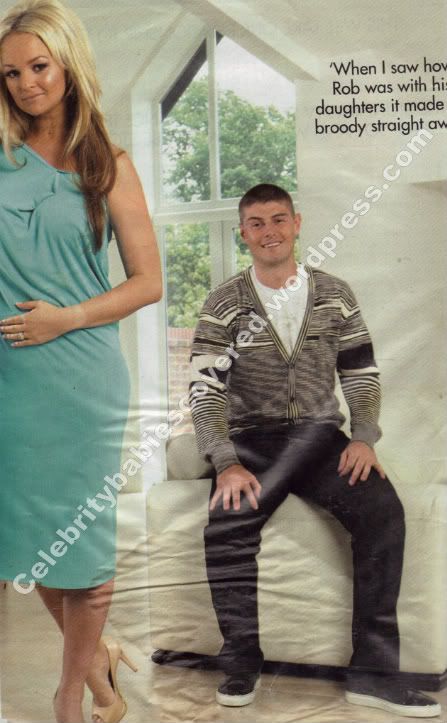 On what type of dad Jennifer thinks Rob will make:

J: Amazing. When I saw how Rob was with his daughters, I was broody straight away. It’s a relief because he knows exactly what to do and he’s so good with babies. He’ll be changing nappies, the lot!

On how they think the baby will change them:

J: People say that when your baby comes your life changes, but mine already has. All my priorities have changed. It won’t change our relationship because we couldn’t get any closer. It will just take us to the next level. We just clicked and stuck together ever since our first date.

R: She’s my best mate and I never thought I’d find that in a relationship. It sounds corny but we’re inseperable. 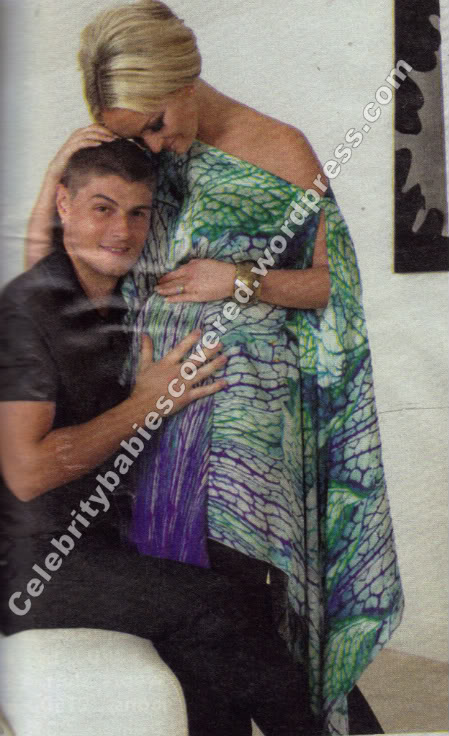 On if Jennifer has already started putting on weight:

J: No. I’ve actually lost it! Before I was pregnant I was just under ten stone and I’m still just under that. With not drinking and eating healthily it’s come off my legs and bum.

On if she has any fitness regime worked out ready to loose the baby weight:

J: No! I want to be spending time with my baby not hammering the gym! 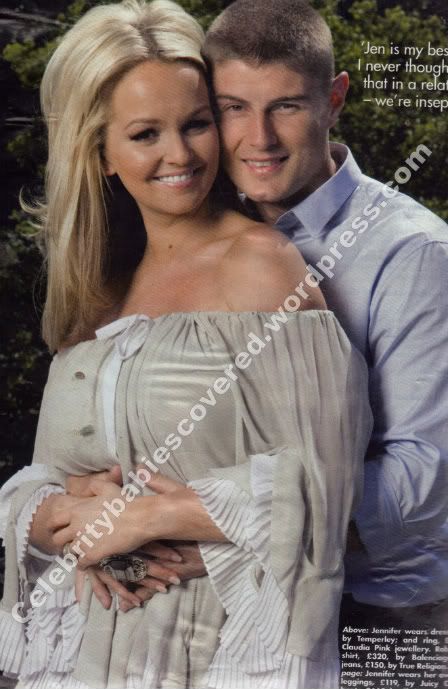 On if she’s missing the booze:

J: I did at first but not now. It was a real eye-opener seeing everyone at Gary Cockrill and Phill Turner‘s wedding — they had such sore heads after! I’ll never go back to drinking the way I used to. I enjoy being sober. With drinking a lot of the time you try and find happiness, but I’ve realised you don’t have to. Now I’ve had fantastic nights out without drinking and felt great the next day. At my baby shower my mates will be drinking copious amounts of wine and I’ll be on softs!

On what type of birth she’d like to have:

J: I’d love a natural water birth with no pain relief. And Rob wants to be really hands-on and see his baby being born — I want him to too.

R: I do because it’s the most magical thing that can happen in your life and I want to make sure it all goes right. Jen was born to Spandau Ballet‘s True so maybe we’ll have playing in the background during the birth! 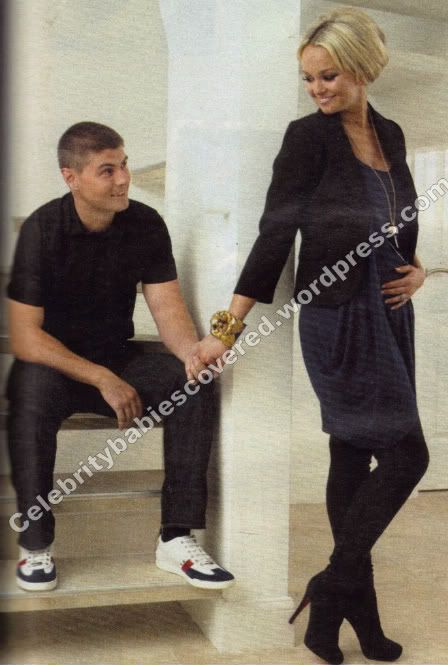 On if Jennifer’s friend and fellow actress/singer Minnie Driver has offered her any advice:

J: No — she doesn’t know I’m pregnant. I think everyone just thinks I’m just getting a tummy. Rob and I have been like two Cheshire cats and nobody knew why!

On if they’ve set a wedding date:

J: I’d love to get married next year but it just depends how much time the baby takes up.

R: We want to wait until the baby is a bit older so they can be a part of it too.

J: I don’t want our wedding to be over the top. We’ve talked about it and we just want it full of the important people in our lives — I just can’t wait to be Mrs Tickle! 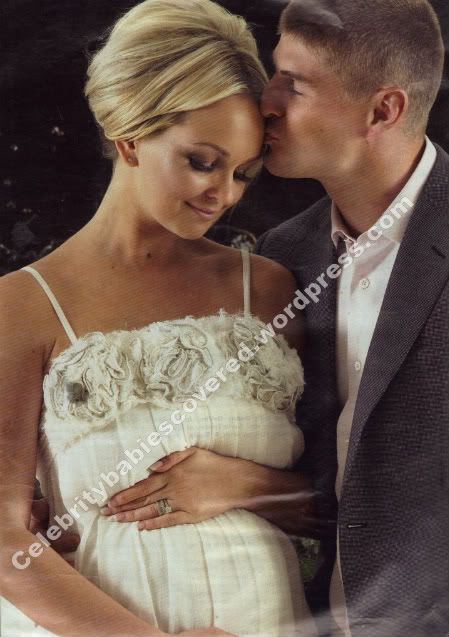