Good Day LA host Jillian Reynolds shows off her tiny bump at the premiere of All About Steve at the Grauman’s Chinese Theatre in Hollywood, California on Wednesday, 26th August 2009. She and husband Grant Reynolds expect their second child — a baby boy — in January 2010. They already have daughter Ruby Raven, 2. 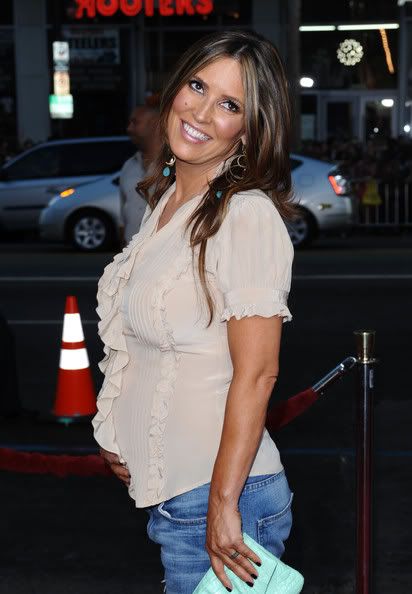