With just weeks to go until her due date, most mums-to-be would be at breaking point, but Coleen Rooney is calm and collected. In fact, having suffered from no morning sickness and having no weird cravings, the only tell tale sign of her pregnancy is her bump.

She and footballer husband Wayne will soon be proud parents of a little boy…or girl — they have chosen not to find out the sex. Coleen sat down with OK! magazine during a photoshoot at Holbeck Ghyll Country House Hotel and spoke of her pregnancy, how she’s been feeling and how she can’t wait till her little arrival makes his or her appearence.

On finding out she was pregnant:

Coleen: It was such a fantastic feeling. I did loads of tests over and over again and then the doctor confirmed it.

On how she’s feeling at the minute:

On her friends giving her advice:

C: Some have recently had babies of their own, so they know what it’s like — although I know it’s different for everyone. I don’t know how I am going to be when I go in to labour, but hopefully it’ll all go fine. 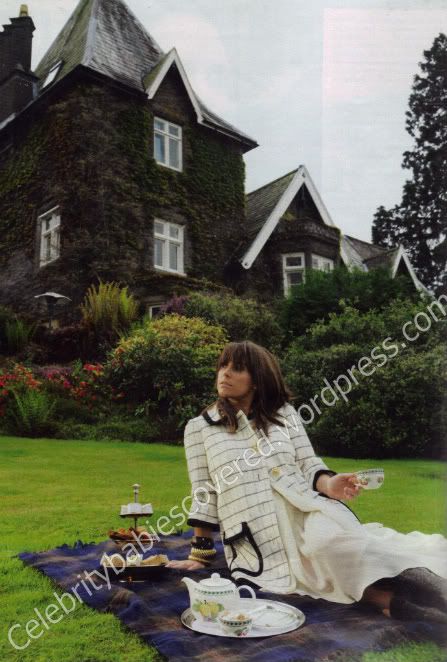 C: [I havn’t] had any. I haven’t had any sickness or swollen feet either. I’ve been away on holiday and people asked how I coped in the sun but I loved it, it did me good.

On if she felt self-concious while wearing a bikini on holiday:

C: No because when you’re having a baby it’s so natural. It’s a nice feeling knowing that you have got a baby growing inside you — everything else goes out of the window!

On if she’s been exercising at all during the pregnancy:

C: Yeah, but I have always gone to the gym. Apparently if you have never exercised and you start when you are pregnant then that’s the wrong thing to do. I do nice [exercises] when I’m there now — like walking, the bike and more relaxing things. It feels nice to keep active. I’ve been doing a lot of swimming as well.

On being worried about weather she would conceive because her mum had had fertility problems:

C: What happened to my mum definately made me wonder if I would be okay to conceive — there is always that little doubt in your mind — so when I fell pregnant we were over the moon. My mum tried for seven years and had a terrible time, so when she eventually fell pregnant it was the most amazing thing.

On what she thinks would be easier to have — a boy or girl:

C: I don’t know. I’ve got two brothers who I get on very well with because we’re so close in age, then I’ve got my 11-year-old sister Rosie — but she’s got disabilities, so she’s not able to run around and cause trouble!

On if she had a little girl and wanting her to follow her footsteps in to the world of fashion:

C: I’d love her to be my friend and do things as she gets older, but only if she wanted to. I’d never push her in to anything, sometimes young children do older stuff for such a young age. I think it’s nice for them to play with their toys for as long as they can.

On if she had a little boy and wanting him to follow in his footballer dad’s footsteps:

C: Loads of people have asked this. Wayne says he’d let our child decide for himself. You hear about children who are pushed in to things, but Wayne has said he’d never push our child in to football because they’d end up growing up to hate it.

On what she thinks Wayne will be like as a dad:

C: I have seen Wayne around other babies and he’s great.

On if Wayne will be helping out with nappies:

C: Once you’ve done it once it’s easy…He’ll be out at training a lot but I’m sure he’ll be around to help a lot.

On if he will be at the birth:

C: I don’t know when it is going to happen yet — but hopefully he will be there.

On what type of birth she is planning:

On if she’ll be buying any designer baby clothes:

C: I’ve only been buying white babygros so far, because I don’t know weather it’s going to be a boy or girl. There is some gorgeous stuff out there, but I would never make them wear a fashion statement. You should let babies be babies and just put them in babygros. 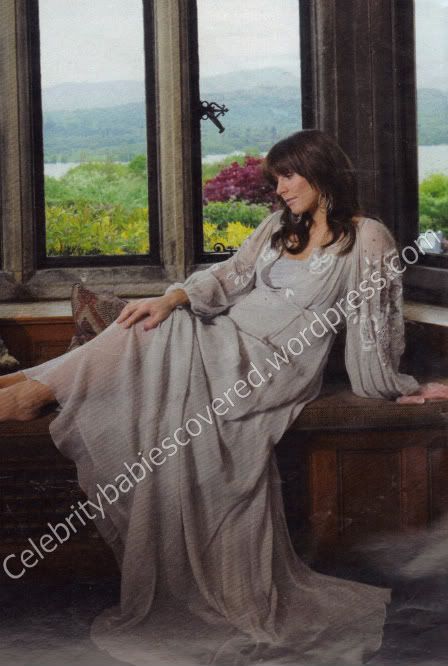 On teaching the baby the value of money:

C: We are in a very lucky position and we’re able to live in a nice house and do nice things but we weren’t born in to that. We’re both from working class families. Our parents have done everything they can to give us a fantastic upbringing — so we want to give our child that too. Money shouldn’t play a part in bringing a child up. Sure, it helps, but the main things are manners, healthy living and love — the things you don’t need money to have.

On who she thinks the baby will look like:

C: I haven’t got a clue, because Wayne’s got blue eyes and I’ve got brown. In the papers there was a picture drawn up of what our baby is going to look like — and it was so weird. I don’t think they should be allowed to assume things like that.

On what traits she’d like the baby to inherit:

C: I’d love it to have Wayne’s temperament. People are sometimes shocked when I say that, because they see Wayne on the football pitch when he gets frustrated — but off the pitch he’s totally different. He’s quite shy until you get to know him, and he just takes things as they come, whereas I get more highly strung.

On if she feels healthier being pregnant:

C: The first few months you do, but as you get bigger things start slowing down. Towards the end you just get a bit hot and bothered and stressed.

On when she’ll be going back to work:

C: I haven’t put a time limit on it, so I’m going to wait and see. Luckily I don’t have a nine-to-five job to hold down, but I’d like to get back to work at some point. I want to spend time with the baby first, though.

On how much weight she’s put on during the pregnancy:

C: I don’t know exactly. Because I’m short, sometimes I look bigger than I actually am, especially in pictures. I have put on weight, obviously, but it’s worth it. But I’ve been quite active and healthy, so I’ve allowed myself treats,  just not overdone it. I’ve been eating more chocolate — I love chocolate fudges and curly whirlys, but it’s not a craving. It’s more of a sugar fix!

On what type of mum she thinks she’ll be:

On if they’ll be spoiling the baby rotten:

C: Not with lots of expensive stuff. You can spoil your child with love and attention instead. Material things don’t always bring happiness, there’s more important things in life.

On if Wayne will be going to wet the baby’s head:

C: Of course he will! We will all be celebrating. It’s a nice thing for Wayne to do, as becoming a dad is a massive thing in life.

On having a second baby:

C: Wayne would probably have another one straight away, but it’s not him having it! I would love to have three or four children, but I’m going to wait until I have the first one before we decide. 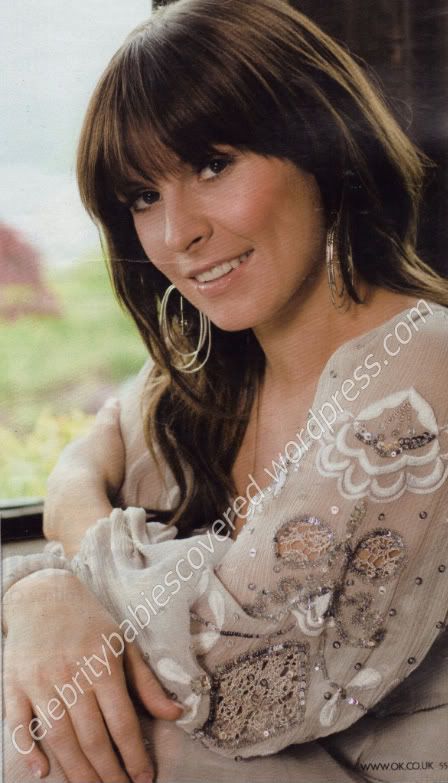