TV presenter Kate Garraway has revealed that her baby son William “Billy”, 7 weeks has come down with a cold — and he’s a typical male about it. Speaking in her New Magazine column she said:

“Billy has come down with his first cold and reminds me of a sad, snuffly piglet! Normally when he’s hungry his cry is really urgent, as if to say, ‘Come on, I want that milk now!’ But since he has been ill, it’s been more like a slightly pathetic ‘bleat’ — like a kid goat! I told Derek, “He’s a typical man: he’s got a cold and it’s all a huge melodrama!”

The 41-year-old also says his male characteristics don’t stop there.

“I took him with me for a hospital check-up [Kate suffered from the breast infection mastitas after Billy’s birth and had to undergo surgery a couple of weeks ago] and the specialists made such a big fuss of him. Billy suddenly perked up and started cooing and giggling — really playing to his audience. As I sat there I realised he was displaying another male characteristic — he already loves female attention!”

Last week was also the first time Kate took Billy in to meet all her work colleauges at New Magazine. 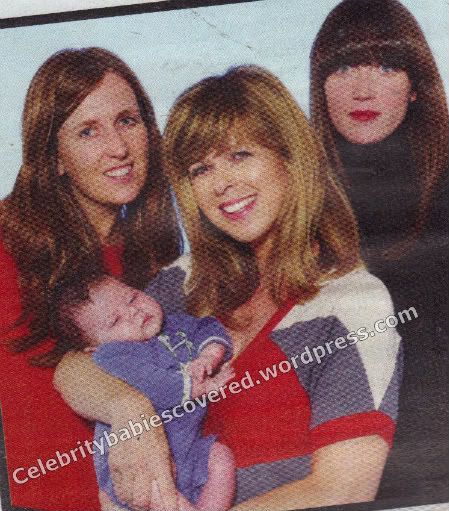