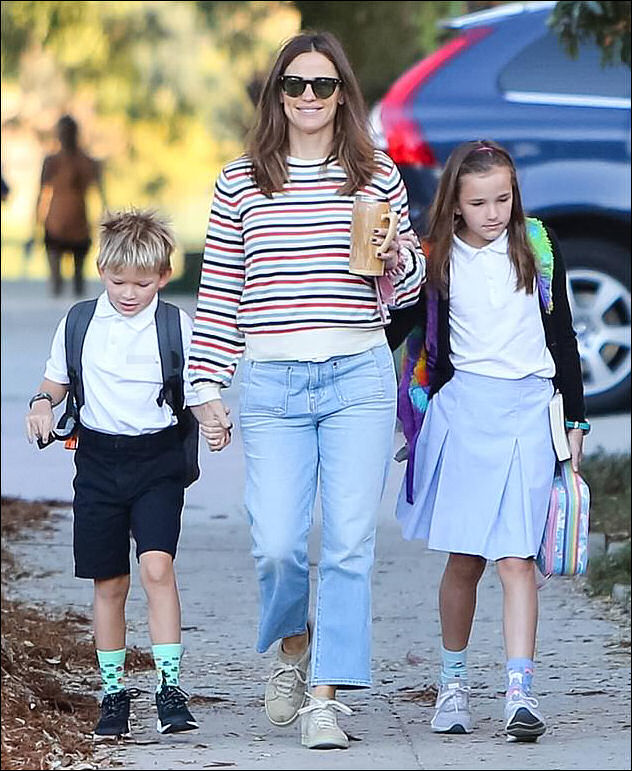 Actress Jennifer Garner and eldest daughter Violet Anne, 13, were all smiles as they were spotted heading out for a spot of lunch after Church in Los Angeles on Sunday, October 20th. Earlier in the day the mum of three was also seen spending some time with daughter Seraphina Rose Elizabeth, 10. She and ex-husband Ben Affleck are also parents to son Samuel, 7. 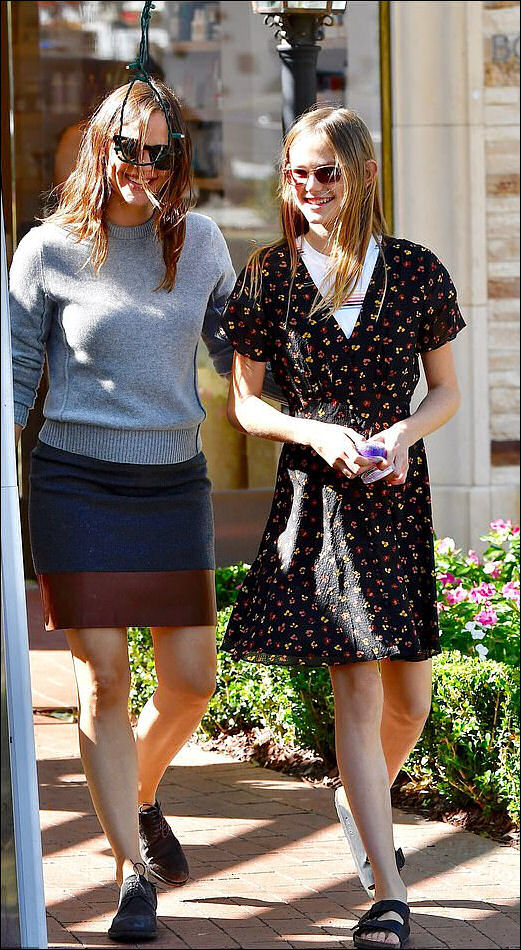 To see a photo of Jennifer and Seraphina please click END_OF_DOCUMENT_TOKEN_TO_BE_REPLACED Jennifer Garner has revealed that being a Hollywood mum can sometimes have its pitfalls — especially when trying to teach her children that every person is just as equal and as important as each other — regardless of social status. Speaking to Yahoo Parenting, she said:

“The hardest part is other kids talking to my children when we aren’t around. Like, ‘It’s so cool your dad’s being Batman’ and trying to control how much that inflates the idea that one person is more important than another. [My husband I] really work to manage that idea — that just because people react a certain way to us, it doesn’t mean we’re more important than anyone else. And [the kids] are pretty quick to cut us back down to size.”

The actress shares her three children — Violet Anne, 9, Seraphina Rose Elizabeth, 6, and Samuel Garner, 3 — with husband Ben Affleck and says starting a family is like getting to know each other all over again.

She’s just started a craft line called We Made It with Joann-Fabric and Craft Stores and says it’s an activity she often likes to get involved in with the children.

“I don’t like my kids to start the day with TV, so we [play with the kits] on Saturday mornings.”

Jennifer Garner gave daughter Seraphina Rose Elizabeth, who turns 3 in January, a lift on her shoulders during an outing to a Santa Monica Park on Monday, November 7th. She and husband Ben Affleck expect their third child – rumoured to be a boy – around January/February 2012. They are also parents to daughter Violet Anne, 6 next month. 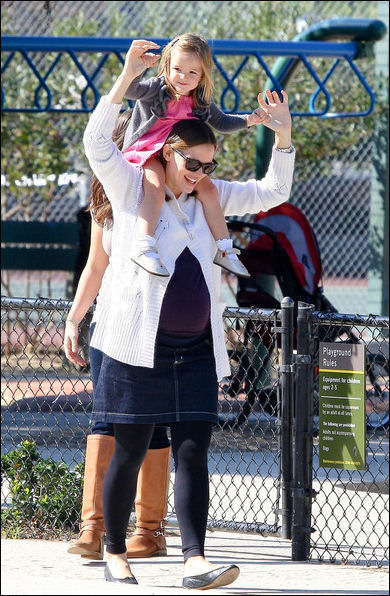 Jennifer Garner attended The Next Generation List/Reel Stories – Real Lives event at Hollywood’s Milk Studios on Saturday, November 5th. She and husband Ben Affleck expect their third child – rumoured to be a boy – around February 2012. They are already parents to daughters Violet Anne, 6 next month and Seraphina Rose Elizabeth, 3 in January. 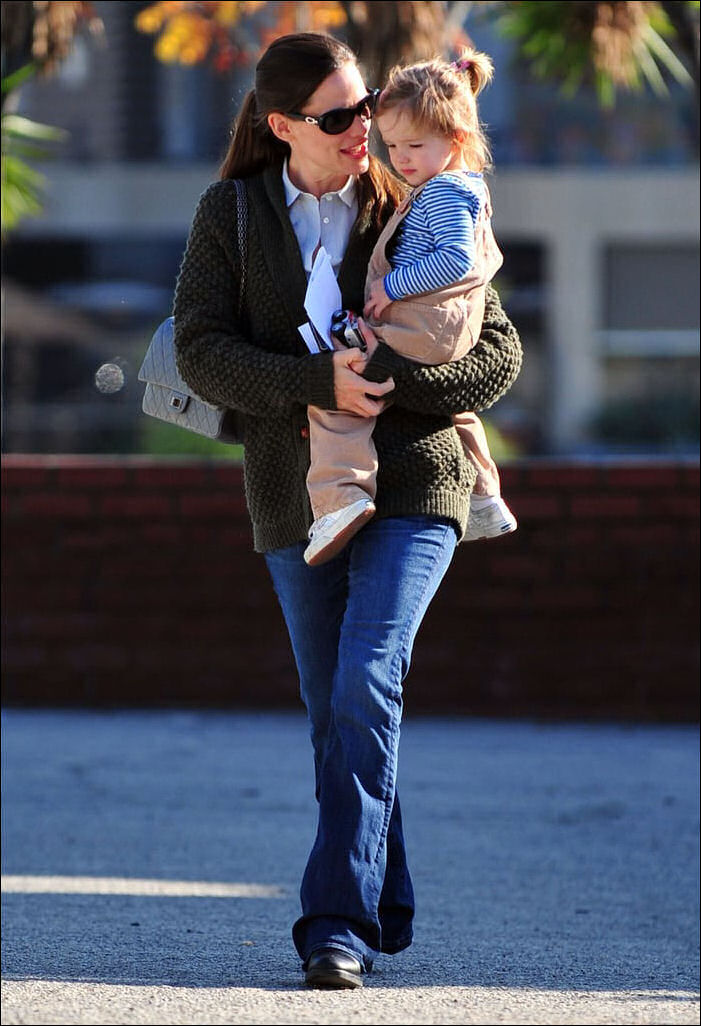 Actress Jennifer Garner and daughters Violet Anne, 5 [not pictured], and Seraphina Rose Elizabeth, 23 months, were spotted at Color Me Mine in Santa Monica on Thursday, December 9th, for a creative afternoon. 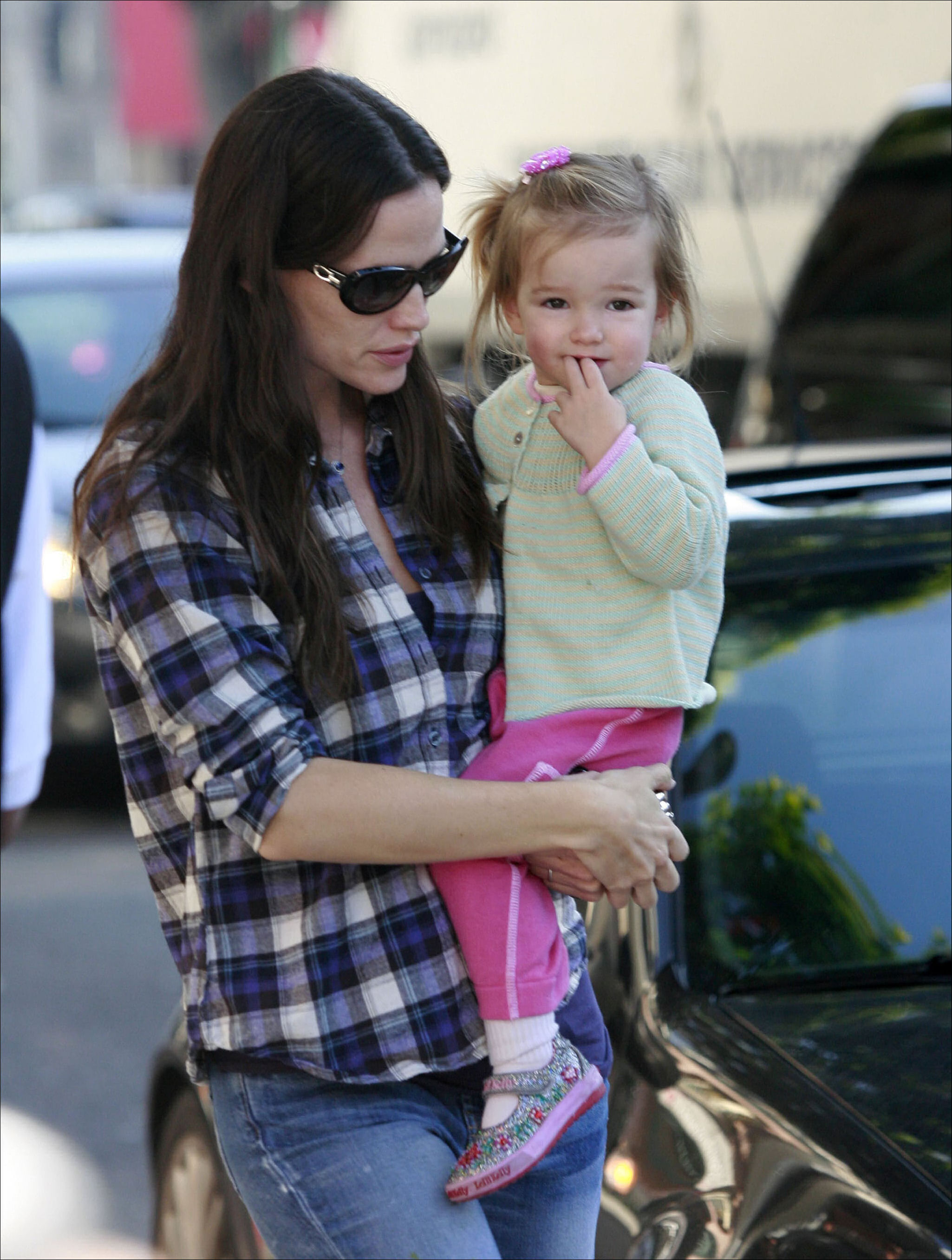 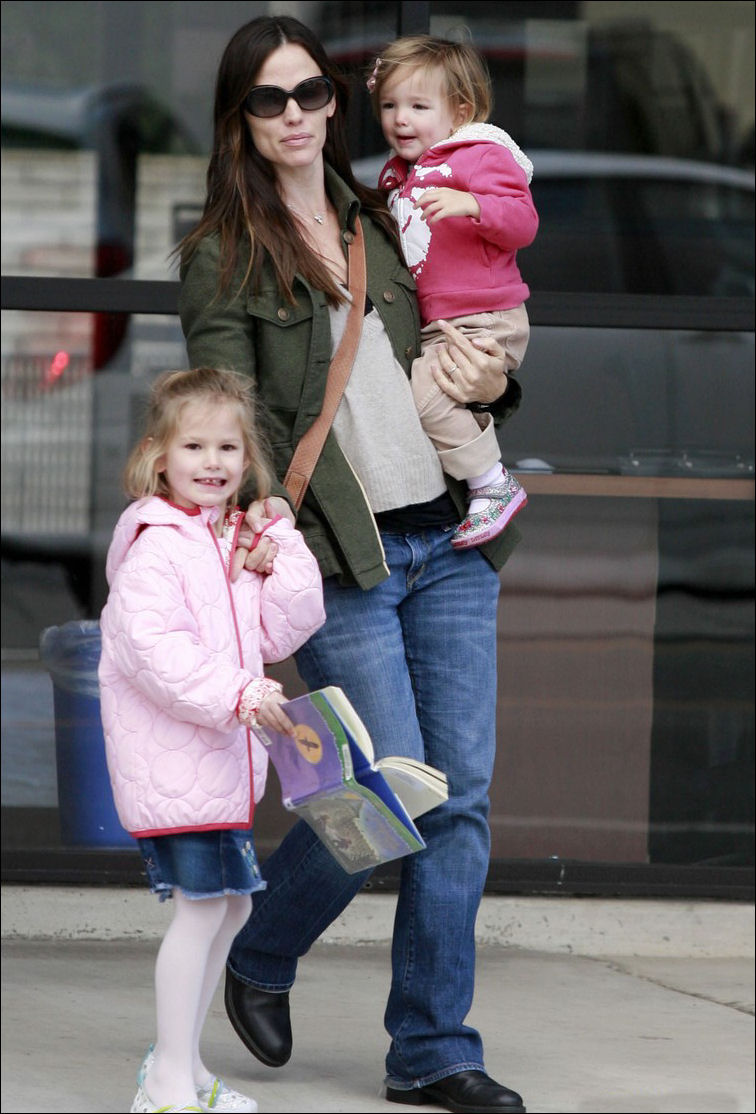 To see a photo of Ben and Violet click END_OF_DOCUMENT_TOKEN_TO_BE_REPLACED Actress Jennifer Garner was spotted taking a stroll in Santa Monica with daughters Violet Anne, 4, and Seraphina Rose Elizabeth, 11 months, on Thursday, December 31st. The trio were also accompanied by a nanny during their outing. 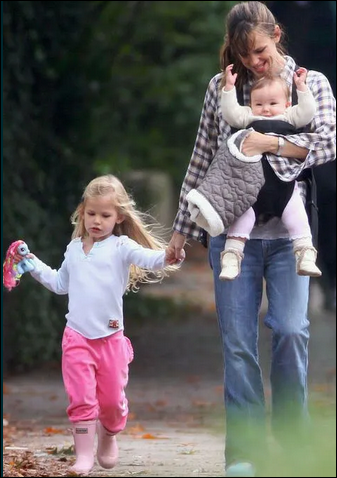 Actress Jennifer Garner and daughter Violet Anne, 3, had some fun in the rain by splashing in some puddles in Boston on Sunday, September 27th. The pair are currently in Boston while Jennifer’s husband and Violet’s dad Ben Affleck films new flick The Town. Littlest Affleck Seraphina Rose Elizabeth, 8 months skipped out on the wet fun. 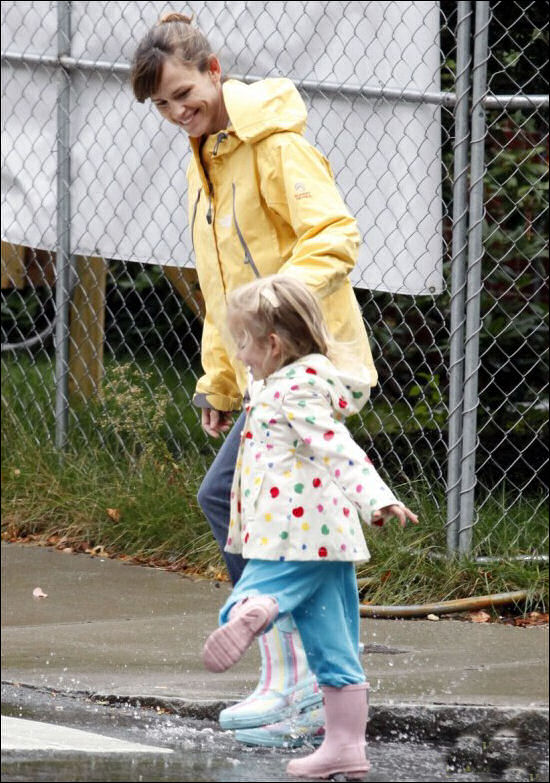